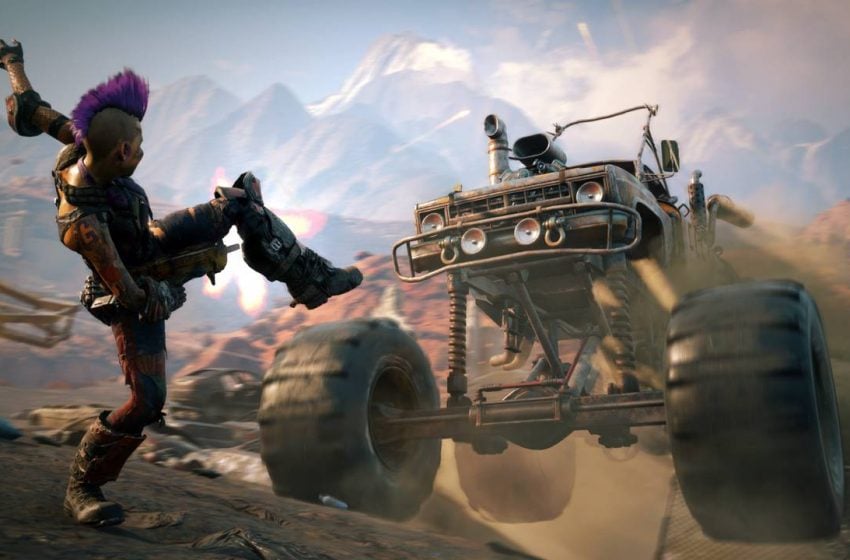 Sure, there are plenty of cool guns in Rage 2, but sometimes you need to get up close and personal. That’s where Shatter comes in. This ability lets you strike the air with an open palm, creating a powerful shockwave that sends enemies flying backwards, shreds armor, and can outright destroy weaker foes. Shatter is useful for the entire game, and fortunately, you can find it very early and without much trouble at all.

Shatter is hidden in the Junkers Pass Ark in Twisting Canyons. The icon for this Ark should actually already be on your map when you leave Vineland. It’s located in the center of the region, and there’s nothing particularly tricky about getting there.

Whatever direction you approach from, you’ll enter Junkers Pass through its imposing front gate. When you get close, a few enemies will pop up on platforms to the left or the right. Take them out, then climb up to the left side of the gate for the best position. You’ll see the Ark sitting in a trench with a handful of enemies in it, and your position will give you cover if you want to take pot shots at a few of them. There’s nothing too difficult in this location, so the best way to go in is just to jump down and move from cover to cover, taking out enemies on the way. There are a few explosive barrels on the left side that you can use to kill an enemy or two quickly. The only things to watch out for are an enemy on the side that throws grenades and one right in front of the Ark wearing armor, but you shouldn’t have much trouble getting through them.

Once you’ve dispatched the enemies here, make for the Ark, and you can acquire Shatter. Play the short tutorial, and you’ll be ready to go. It’s a good idea to buy the upgrades for Shatter that shorten its recharge time and let you store an extra charge as soon as possible because this ability can come in handy in practically any fight for the rest of the game. That is, after the one coming up.

When you leave the Ark, you’ll face an enemy with a flaming tank on his back who hurls fireballs at you. You won’t actually want to get close enough to use Shatter here, because he’ll detonate on death. It just takes a few shots from the assault rifle to take him down, so it’s nothing to worry about. Then head back out of the pass and remember to use your new ability whenever you get the chance.