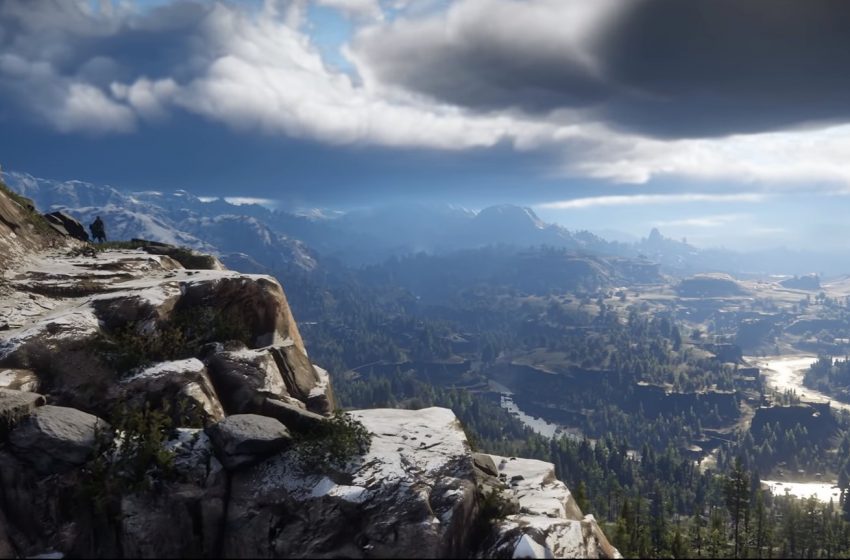 Red Dead Redemption is a masterpiece that should be on the shelf of any gamer. Rockstar Games’ latest was met with both critical and fan approval right from the word go, shifting millions of copies in the process. The story mode was a brilliantly written, expertly told, tale that had some of the most beautiful graphics that have ever graced any console. It was a heart-wrenching story played out in a ballet of bullets, blood, and revenge and never set a foot wrong. And then the Red Dead Online Beta hit.

Yeah that, not so much. To say it was sparse would be an understatement as it had nothing to do unless you liked fishing and hunting and if that wasn’t bad enough it soon became populated by players who only had one thing on their minds — hunting you down as often as they could. This ruined the experience for a lot of people, and they left in droves vowing never to return but are things still the same? Hell no, Rockstar has come through and made a bunch of significant changes and what follows is a look at the most important ones.

When players first experienced the Red Dead Online economy, it caused a lot of people to throw their arms in the air and shout out, “It’s too damn high!” and rightly so. The prices that players were being quoted were astronomical and not just for higher-end items like better weapons or horses. Something as simple as a can of beans would set you back far more shekels than you were earning from any activity you participated in, and this caused a mutiny in the Wild West. But credit where it’s due, Rockstar listened and adjusted their prices accordingly. It’s still not perfect, but at least it’s a step in the right direction.

There was something fun about bumping into the likes of Bonnie MacFarlane and Josiah Trelawny while you were traveling across the vast map and taking a little time out to help them in whatever recovery or rescue they needed doing but boy, did it get old fast. There’s only so many times you can stop a supply train from being robbed before you get plain sick of it. Thankfully Rockstar has added in two new characters in Thomas the Skiff Captain and the Aberdeen Pig Farmers who you can help out, and they’ve promised a lot more familiar faces will be showing up soon.

When it first launched Red Dead Online Beta came with just five different modes. Shootout, Make It Count, Most Wanted, Hostile Territory, and Name Your Weapon and though each of them were fun in their little way, just like the free roam missions before them, they got ancient, really quickly. Since then Rockstar has seemingly gone mode crazy. They’ve added Up In Smoke, Gun Rush, Sport Of Kings, Public Enemy, and so many more that if you can’t find something here to help unleash your inner cowboy or cowgirl, then the Wild West isn’t the place for you.

More Clothes And Weapons Than You Can Shake A Stick At

Red Dead Online launched with enough clothes and weapons to keep even the most fashion conscious and weapon-obsessed outlaw happy, but with each update, Rockstar has brought even more and more of these items into the game. The latest one sees the introduction of Ponchos and patterned Bandanas, but the best thing you can spend your hard earned money, or ill-gotten gains, on is the Lemat revolver. This gun allows you to shoot the wings off of a fly or blow it to smithereens as it enables you to shoot a shotgun shell when your revolver runs dry.

One of the best parts about both Red Dead Redemption games was that whenever you got bored of all the senseless killing and murder, you could unwind by visiting a salon and sitting down for a few hands of poker. Strangely, when the Online Beta launched poker was noticeable by its absence. The newest update fixed this, and you can now join a game and win, or in most cases lose, a small fortune against other players. Though you still can’t flip the table over in anger or shoot the winner dead in retaliation.

During the main story of Red Dead Redemption 2, Arthur Morgan would occasionally come across someone who needed his help. Whether that was something as simple as helping a stranger get back to town after their horse had suddenly dropped dead or a gang of roving nut-jobs looking to separate you from your head these events were always a lot of fun. They’ve now made their way into the online game, and if you stumble across them they offer XP, Honor, Cash, and Gold rewards, and you can never have enough gold.

The Land Of Opportunites story-line was a great way to play through Red Dead Online and told a fantastic story of betrayal, murder, and revenge. In fact, it’s the only reason you’re in that world too begin with after you’re busted out of jail to assist Mrs. LeClerk as she sets about putting her husband’s killers in the ground but after you storm the fort it suddenly ended with a promise that more would be released somewhere down the line. Thankfully the time has come for more blood-letting, and the new missions carry on where the last ones left off, as you help Mrs. LeClark get closer to the real reason her husband was killed.

The Wild West is supposed to be just that, wild but it got so bad in Red Dead Online that a lot of people decided to head for newer pastures and left the game ultimately. On seeing this and FINALLY listening to the feedback from players they’ve introduced a few things to combat this problem and one of those measures is being able to choose if you want to be in offensive mode or defensive mode. You do have to choose as you start in aggressive mode, but one quick visit to the player settings and you can travel around in Free-Roam without worrying about some a-hole ruining your game.

The number one, numero uno hatred that everyone who just wanted to play the game and live out their Clint Eastwood fantasies all had was the number of douchebags that couldn’t wait to ruin your day, over and over and over again. Breaking the law comes with a price. If you’re on the receiving end of an unwanted attack you can take solace in the fact that those responsible will now become targets for all the other like-minded souls in the nearby vicinity, If that’s not enough, the more of an idiot they are, the more visible they become across the map.

It’s Better Balanced All Around

Overall, Red Dead Online had a lot to do to get it even close to it’s bigger brother GTA Online. After a few false starts and a lot of tweaking the whole experience is now much more fun than it has any right to be and it’s the little things that have helped out just as much as the significant changes. Increased Gold Payouts, Daily Challenges, Faster Weapon Swaps, these are only a few of the tweaks that have made Red Dead Online a much better environment to play in. The game now out of beta and Rockstar promising more and more new things to come, it might just be time to dust down your chaps and climb on your horse for another ride into the sunset.