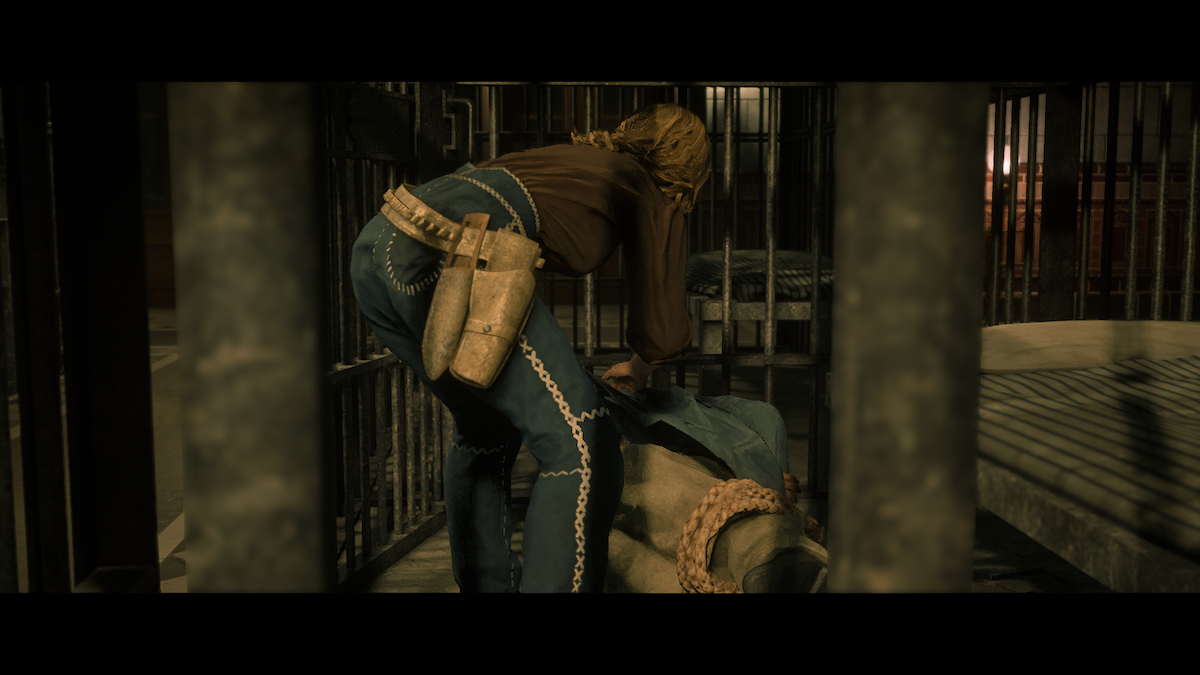 Of the criminals across the west in Red Dead: Online, some are worse than the countless thieves and cattle rustlers players find on bounty boards. Besides the noteworthy criminals in the game’s legendary bounties, Red Dead: Online also has a long list of infamous bounties for the truly cruel outlaws. One particular group has used Saint Denis’s streets as their prowling grounds, picking up innocent folks for an evil eugenicist doctor. We’ve already shown you how to hunt the other two, Roache and Gault. Here’s how you can capture the third of the trio: Hoare.

First thing’s first, if you even want to start hunting Hoare and his two criminal compatriots, you’ll need the prestigious bounty hunter license. This scrap of paper gives you access to all infamous bounties, as well as a few extra legendary bounties. To get it, bring 15 gold bars to your nearest bounty board and simply follow the proper prompts.

Once you’re in Saint Denis and ready to claim the bounty on Hoare, just go to the bounty board and select his picture. Like his friends, Hoare operates out of Saint Denis, although he’s gone missing on the west side of town. Follow the marker, and you’ll end up at an old train yard. On the approach, you should be able to hear a man yelling about being locked up. That’s Hoare, who a bunch of goons has betrayed.

Hoare has been locked in a cage by a bunch of thugs, and you’ll have to free him to capture him again. Prepare for a long fight here; there are a ton of goons in this area. Be mindful of a thin path that goes above the train yard; some enemies will pop up there to get an angle on you. There’s also another enemy running around with a machete of all things. Watch your flanks, and be sure he doesn’t come up from behind, ready to cleave you in two.

Once you take all the goons out, there will be a few more running in. Take cover and be ready for another small group of enemies. Once they’re all dispatched, go ahead and loot all the bodies you can, you’ll certainly have the time to.

After getting all your loot from Hoare’s would-be captors, it’s time to become his, well, captor. He’s in a small jail cart in the corner of the yard. Shoot the lock off, and he’ll go running. Of course, you’re not going to give him his freedom. Use a lasso, your fists, really whatever you’d like to stop Hoare from moving around too much. Once you’ve got him, it’s a short walk to the Saint Denis police station, where you can collect your reward.