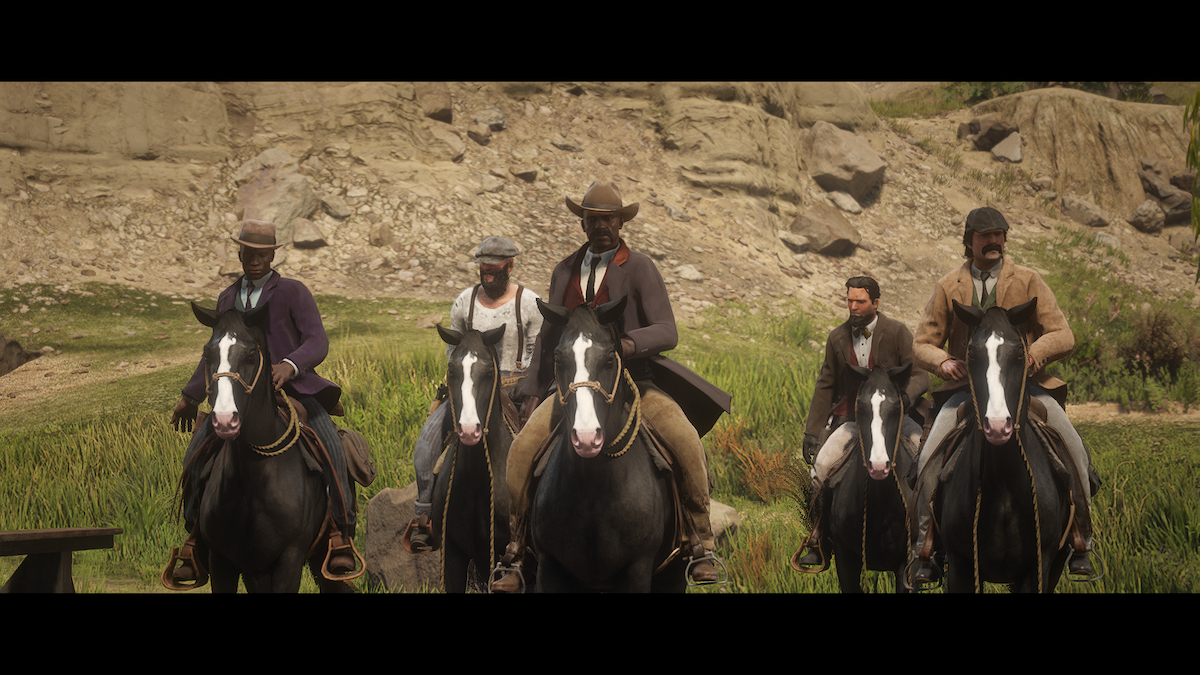 Traveling in the wild west by yourself is dangerous. You know what they say; there’s safety in numbers. What they don’t say is that there’s also power in numbers. That’s why you won’t encounter lone bandits on the trails in New Austin; instead, you’ll find gangs. Thaddeus Walter’s Men are one such gang known for terrorizing the area around Blackwater. Here’s how you can start to bring down this gang of thieves and killers.

Once you start the hunt for Walter’s Men, you’ll be transported outside of Thieves Landing and directed to head into the town. Before you do, though, do yourself a favor and get your bounty wagon out. If you don’t have one, be sure to have a friend posse up with you before starting this bounty, as there are two targets to bring in. You can leave the wagon wherever you want, but try to park it in the middle of town so you can quickly stash your bounties and get out.

Once you reach Thieves Landing, you’ll have to hide and wait for your targets to ride into town. As it turns out, they’ve got a poker game planned. Too bad, though, they’ll never get a chance to sit at the table. You’ll want to hide by the pier on the east side of town, on the other side of the fence from the town’s junkyard. Eventually, a cutscene will play of Walter’s Men riding into town.

After the cutscene ends, be patient. One of the targets will walk into the junkyard, offering you a perfect chance to capture them quietly. Simply sneak up behind the target with your lasso and take them down. Once you do, though, it will be much harder to get the other target quietly. At this point, get your guns out and prepare for a fight.

Walter’s Men rode into town with a decent number of outlaws, and since you’re in thieves landing, the outlaws in town will start fighting you too. Take cover and be extremely aware of your surroundings, as it’s extremely easy to be flanked wherever you are. Once you’ve taken out all the other outlaws, getting Walter’s other man is a breeze. Throw your bounties into the wagon and deliver them to Blackwater to collect your bounty.