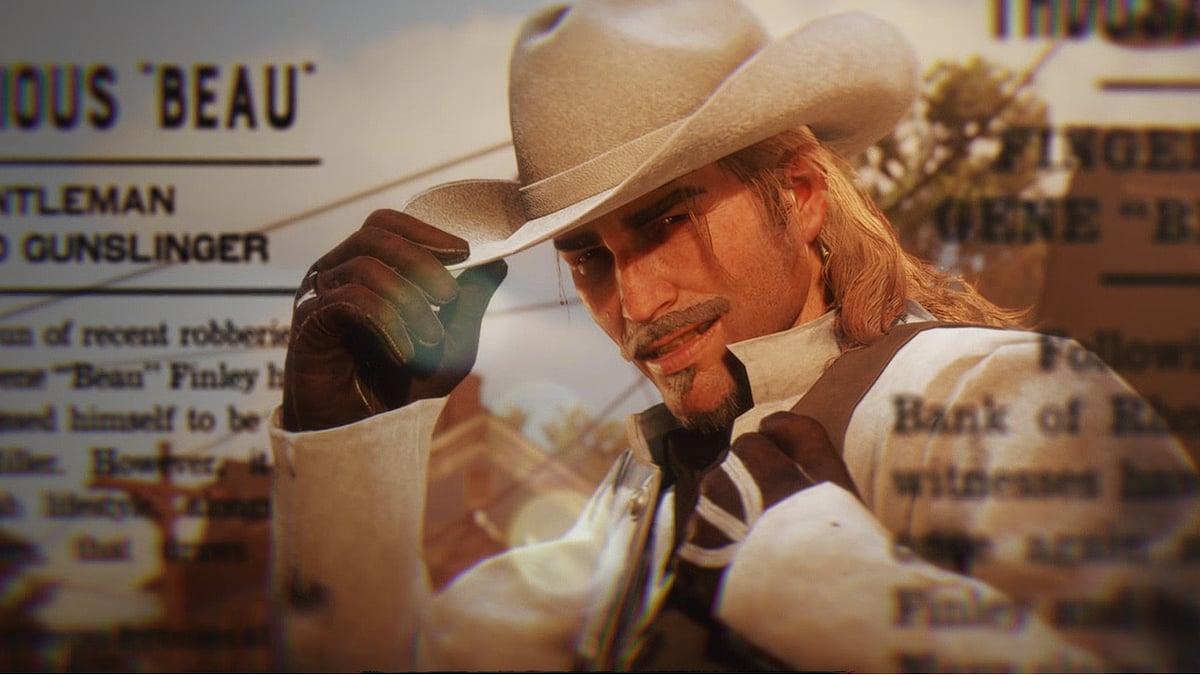 Life in the wild west is tough. Some folks make their living by running a somewhat respectable business trading in furs and skins. Others take up the honorable task of brewing moonshine. Those that choose to live every day like it was their last are bounty hunters. Legendary bounties in Red Dead: Online are some of the harshest challenges players can come up against, but they’re also net some sweet cash and gold at the end. One of those bounties is Gene “Beau” Finley. Here’s how you can catch the sucker, alive or dead.

Once you have your license and you’ve taken on the hunt for Gene Finley, all that’s left to do is find him. Thankfully, that’s not too difficult. Shady Belle, where he’s held up, should look familiar to people that have played through Red Dead Redemption 2; it’s one of the many locations Dutch’s gang calls home during the game. It’s a large mansion, surrounded by trenches and old abandoned artillery. With Finley’s gang there, a ton of explosives have also made their way around the camp, along with bigger guns – machine guns and even cannons.

Finley, being the pampered rich boy he is, is held up in the mansion. You have two options in approaching the camp, stealth or guns blazing. However, unlike most cases, it’s completely viable to sneak into the camp. On the approach, you’ll see a couple of boats pop up on your minimap. Hop in one and take it around to the back of the mansion. From there, use a bow and arrow, thrown weapons, or some other lethal stealth option to take out enemies and creep up on the mansion. Just be warned that once you’re actually in the mansion, staying quiet is almost impossible.

However, it’s still better to be discovered when half the guards are dead than when they’re all alive. Shady Belle is a heavily fortified location, with explosives haphazardly scattered around and machine guns covering every direction. If you go in guns blazing, look out for these and be sure to take out anyone that hops on a turret.

Likewise, there are a few distractions players can employ in their approach. In front of the mansion is a caged cougar. Shoot the lock off, and you can slip in amid the chaos. If that’s not your style, there are two other options in the back. A plunger will let you remotely detonate many of the explosives around the camp. There’s also a tied-up prisoner that can be released as bait if you can sleep with that on your conscience.

Like every other bounty, the last part of capturing Gene Finley is getting away with him, or at least his corpse. Thankfully, that shouldn’t be too difficult. If you managed to sneak in and capture Finley completely undetected, simply take the path you got in back out.

In the much more likely scenario that things have gotten heated, bolt out of there with Finley on your horse. The best route is straight out from the entrance of the camp. Naturally, there will be a few enemies pursuing you. Take them out, and there won’t be anything standing between you and a decent payout.