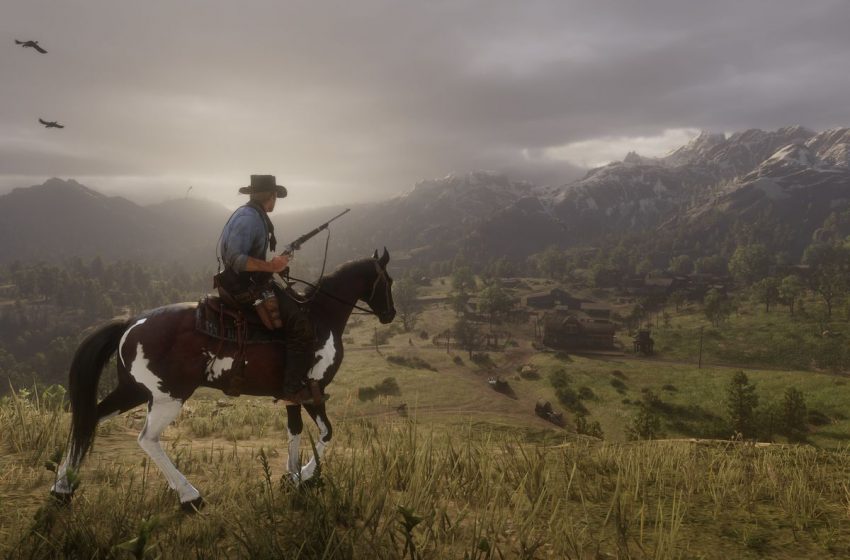 Most games have two separate, in-game currencies to encourage players to spend some extra money. Red Dead Online chose to have money for their standard in-game currency, and gold bars as the premium currency. At the lower levels, earning money is hard, but it becomes easier as you level up in roles. Earning gold, however, is different. As the premium currency, Rockstar wants to encourage you to purchase it by making it harder to obtain in-game than the delivery of a simple good. However, unlike many other games, actually earning gold is relatively easy if you understand Rockstar’s system.

It might seem like a frivolous concept, but some nice horses are gold exclusive, some clothing items require gold to purchase, and all the roles require gold to begin them, with the Moonshiner requiring more than the others thanks to the extras and decor options.

How to earn gold in Red Dead Online

Nothing is faster than merely buying gold from Rockstar. And compared to other premium currencies, looking at you Elder Scrolls Online, the ratio from real-world money to in-game gold is pretty good.

Regardless of the deals, Rockstar may offer on gold, and it is possible to earn more than you will ever know what to do with. Most of these can be done without having gold to begin with, except one.

Once you have reached a 21-day streak, the gold amount is multiplied by 2.5, meaning per daily challenge, you will earn 0.5 bars. If you have unlocked roles and are past level 10, daily role challenges will also become available to you, for a total of 19 daily challenges to complete. If you complete all 19, you will earn 9.5 plus the extra 1.5 gold earned for completing them all, resulting in 11 total gold in one day.

Keeping the streak going isn’t difficult, but it does require dedication. The daily challenges range from easy to difficult. Some are simple, like eat five items of fresh produce. Others need you to enter free roam events to check them off there. To keep a streak, log in and complete one of the easy challenges. It will take maybe ten minutes.

Because the daily challenges are more of a chore than gameplay, there are other options to earn gold. It will earn you a little less than the 0.5 bars earned from maximizing your challenges, but it will still be productive.

The story for Online might not be as detailed as the single-player story, but there are still events and missions to complete. Each one will give you a small bit of gold. Story missions are graded and have a hidden timer. To maximize the amount of gold, you need to complete them well and quickly. Dying and restarting from a checkpoint will lower your score and rewards.

Strangers that need your help are all over the map, marked by a peachy circle with a waving silhouette. Accepting these missions will put you in offensive mode, and other players can interfere with your mission, if they choose, so consider getting a posse together. The strangers will give you both money and a bit of gold for completing their tasks.

Remember what we said about completing story missions quickly to get the best reward? The opposite is true for the next couple of options. Counter-intuitively, the slower you do these missions, the better rewards you will receive. There’s a cutoff point where the time put into the rewards aren’t worth the amount thanks to diminishing returns. Stranger missions should take about 15 minutes to maximize the amount of time to gold. There are many threads on Reddit if you’re looking for a detailed guide on this. Here’s one of the good ones.

There is a hidden timer in missions that starts from the moment you’re out of the cutscene. You will need your own timer to keep track. Some missions give you checkpoints or timers at the start, such as intercepting a wagon before its destination. You can intercept the wagon without starting the visible timer if you do not get on the wagon. Just intercept it and wait. If you do not have such a checkpoint, gather the collectibles nearby or hunt some extra pelts for Cripps.

Depending on the server’s spawn rate, random strangers will ask for your help. A smoke stack can mark them in the distance or by a yellow blip on your radar as you near. Some are kidnapped and held at gunpoint and need you to rescue them and take them someplace. Others have injured themselves or were thrown by their horse and needed a lift. The latter has a chance to be an ambush. If the blue arrow doesn’t appear over their head after hitting “Accept Rescue,” it’s an ambush. You won’t be able to aim at them until they draw the weapon, but you can trample them.

If it’s not an ambush, there’s a hidden timer that starts after hitting “Accept Rescue.” Start your stopwatch and drag that event to 12 minutes. Your base gold amount, if you complete it too quickly, is 0.08 gold. That can double to 0.16, and again to 0.24 around the ten-minute mark. After 12 minutes, you’ll get 0.32 gold for dropping off the stranger. While the best reward is given at 30 minutes (0.4 gold), doing two 12 minute ones will get you more gold in less time than one 30 minute drop off.

Events like defend the camp or rescuing a stranger from predators will not give you gold. They do give you some good money and corpses to loot, however, so do them anyway.

At this time, Bounty Hunter is the only role that earns gold. Collector may make the most money, but if you need to farm gold, go Bounty Hunter. Bounties follow the same hidden timer as the random encounters. The timer begins once the bounty starts. Start hunting or collecting to help push the timer to 12 minutes. It can get bugged at times and may start another timer that forces you to get to the location earlier than desired.

While it’s not usually recommended to stretch the timer to 30 minutes or more, because there is an hour-long cooldown on the Legendary Bounties, take as long as you would like. Be warned, dying and restarting from a checkpoint will reset the hidden timer.

A dead bounty will bring in the same amount of gold as a living one, but the amount of money you make will drop. If your concern is gold and not money, don’t worry if a stray bullet happens to take out your target.

The last way to get gold without buying it directly from Rockstar is treasure maps. You earn one treasure map every ten levels, so you’re always guaranteed to have access to them. You can also find them sometimes by looting enemies. One treasure map will usually give, on average, one gold bar. Some will give you less and more money, and others will give you more and less money.

Treasure maps suck. Not because their rewards are bad; they’re really good, and you should do them. But because they drag you to remote locations and force you into an eagle eye to find a hidden box, sometimes tucked away in a cave where the glow will not be visible. If you happen to be purging your inventory of all the accumulated treasure maps, we recommend this handy online feature. You’ll need to activate treasure maps from the drop-down menu, but it’s beneficial. It also updates with the daily collector items, so do some collecting while you’re in the area.

Sometimes Rockstar offers bonuses on gold for certain tasks, so keep an eye out for those. For now, these are the best and only in-game ways to earn reliable gold. Another role is expected to release in the coming weeks, which may change how we earn gold. Grinding for gold is a lengthy task, but it can be very rewarding. With many players earning over a thousand gold thanks to all of these, it’s possible to have more gold than you will ever need in Red Dead Online.