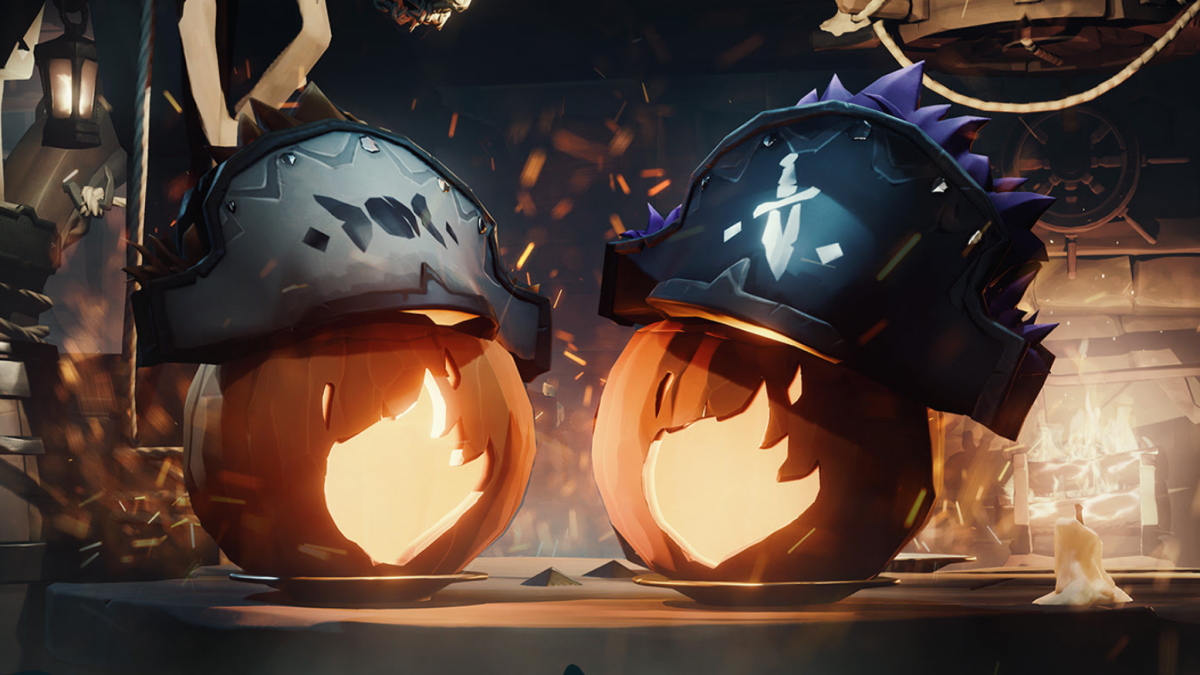 Spooky season is here, and Sea of Thieves is gleefully serving up some Halloween events for aspiring pirates sailing the high seas. The Tricksters and Treaters event has a few different components, both in and out of the game, and crafty pirates could stand to make a killing. Here’s everything you need to know about it.

The out-of-game elements of the Sea of Thieves Tricksters and Treaters event focuses on the Jack O’ Looter, a mysterious figure from Sea of Thieves lore who roams the seas answering the siren call of any sailor brave enough to cry out “Trick or Treat.” What this means in practice is that players can connect their Twitter and Xbox accounts and tweet “Trick or Treat” at the Sea of Thieves Twitter account, subsequently getting either “treated” to a nice little bit of gold in-game, or “tricked” out of a few pennies themselves.

The real meat of the event is in-game, though. Two community factions, the Tricksters and the Treaters, go head to head to try and reach their own community goals, with prizes on the line. There are a few different ways to earn points to help each faction achieve their goals. Treaters, for example, can earn points by:

Tricksters, meanwhile, can earn points towards their own community goal by:

The Tricksters and Treaters event kicks off on October 28 at 9:45 AM ET, and concludes on November 1 at 6 AM ET. That gives players a solid weekend to get to burying treasure or pranking other crews sailing the Sea of Thieves.

Players can unlock rewards should either side complete its community goal, assuming they’ve made their personal contribution to it. If the Treaters successfully meet their community goal, any player who has contributed to them — which is to say, amassed at least 500 points by doing the requisite activities for their side — will receive a Treater’s Reward Hat. Similarly, players who help the Tricksters hit their own goal will get a Trickster’s Reward Hat.

There’s also a unique title on the line for any pirate with a good eye for which side to back. Contributors to the side who hits their goal first will receive the Triumphant Tricky Treater Title. However, even though you can play both sides and help out both the Treaters and the Tricksters, this is only available if your very first contribution was to the winning side. If you backed the wrong horse, then sadly you’re out of luck.