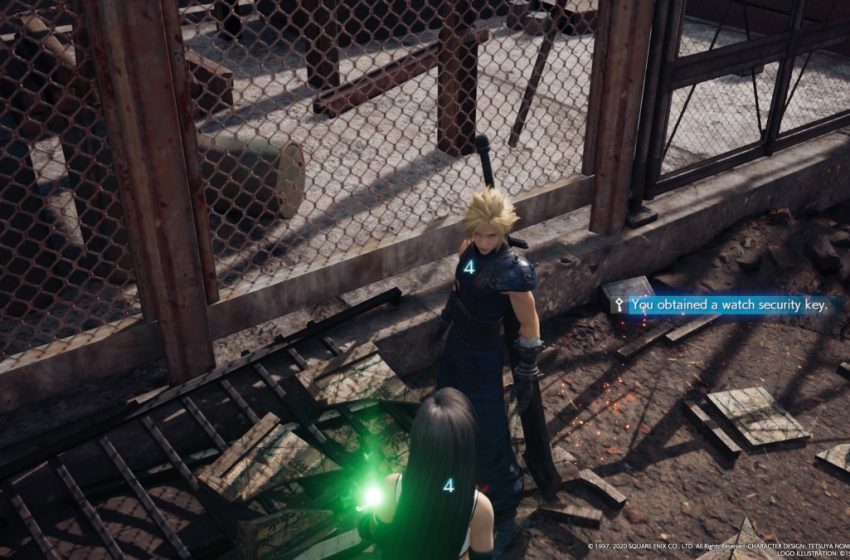 During Chapter 3 of Final Fantasy VII Remake, you will receive word of a giant beast that has made its home in the abandoned factory that you just cleared of drakes. It’s a powerful creature, so most of the residents of Sector 7 Slums won’t want to deal with it. Before you can proceed in this quest, you need to locate the keycard to access the area.

When you first start the quest, you will speak to Gwen, who is talking to a pair of soldiers. Those two are not interested in helping you, but she stresses how big the problem is about clearing the creature out of the factory. After speaking with them, you need to make your way back to the factory to locate the security card to access the area. You can find the card inside of the factory.

You can find it closer to the back of the factory. Proceed through it go down the traditional path. There’s only one path to go forward, deeper into the factory. After encountering a group of Gorgers, take the road to the left. You’ll go to another area with another group of Gorgers. Take them out, and then proceed forward. On the left side, you should see three boxes. Destroy them, and you will receive the security key. You can then go back the way you came to the locked entrance, which is down the other pathway from the one you chose, and then take another right.

Beyond the door is Cerulean Drake. After using the Assess ability, you will learn they are weak to Wind spells. If they are about to launch an ice attack against you, use any other spell against them, other than Ice-based spells. It has the potential to drop an Orb of Gravity, a Phoenix Down, or you can steal an Ether from it.

After finishing the quest and speaking to Gwen you will receive a star bracelet.