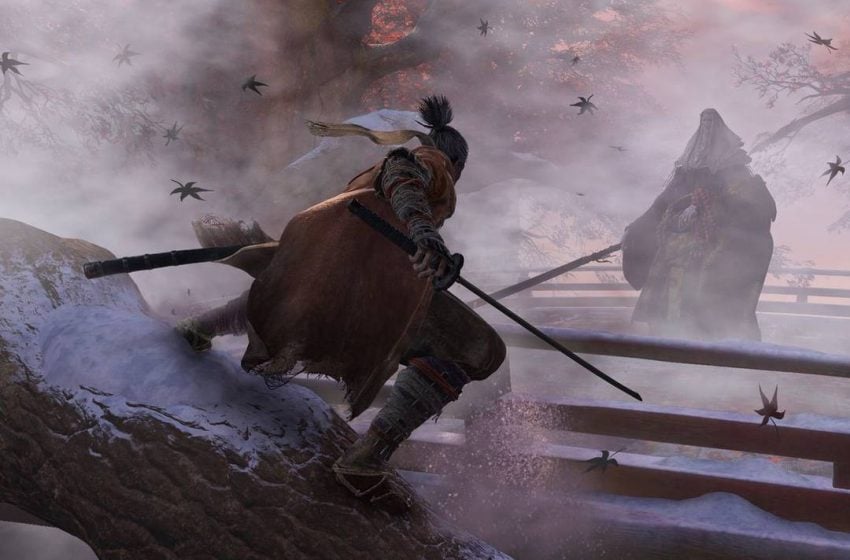 When you’re exploring the Ashina Depths in Sekiro: Shadows Die Twice, you’re in for the long haul because there’s no going back. When you come face to face with the Corrupted Monk, things can become exceedingly difficult, despite being close to the end of the game. This boss’ sweeping spear and annoying laugh set the stage for an exciting fight, but it can prove difficult if you don’t know the ideal tools to best them. Here are the best tips to use when you face off against the Corrupted Monk.

Preparing For the Fight

There are several items you’re going to want to make sure you have in your quick-access inventory, such as the Snap Seeds and Firecrackers. The firecrackers are a great tool to have on your Prosthetic as you can use it to stun the Monk momentarily before they strike. You’ll want to use the spring-loaded variety, or the traditional one.

The Snap Seed is an interesting item because when you use it, they not only stuns the Monk but damages them, too. Whenever you’re feeling cornered, or you want to land an excellent series of strikes against the Monk, bring these out and make short work of the boss’ posture. You may want to rely on the firecrackers first because you immediately go to the Snap Seeds, only because those are limited in number, compared to the Firecrackers using Spirit Emblems.

Beyond being able to stun the Monk, the boss’ long staff sword deals heavy damage if you’re not careful with your deflection. Much like the O’Rin fight which was nearby, you need to time your parries perfectly to cause the most damage to the Monk’s posture. You can get in a handful of strikes if you correctly time your deflects to their overhead attacks, but you shouldn’t lean on it too much.

A great strategy is to let the Monk lash out with his staff’s sweeping strikes. If you learn the timing well enough, you can deflect these to lower their posture. When they’re finished attacking, use the firecrackers or the Snap Seeds to stun them, giving you time to jump in and double down on the posture damage. You can make the fight go by much faster by lowering their posture down until you can inflict a killing blow.

The boss uses two unblockable strikes against you. One is a sweeping attack, and the other is a thrust. Both of them are usually followed up from the consecutive sweeping strikes you can deflect. Unfortunately, without adequately learning the Monk’s move set, it’s challenging to predict which of these two they’re going to use. It’s a safe bet you’ll have to dodge the sweeping attack, meaning you have the chance to jump on the boss’ head. Expect this first, and take down their posture even more.