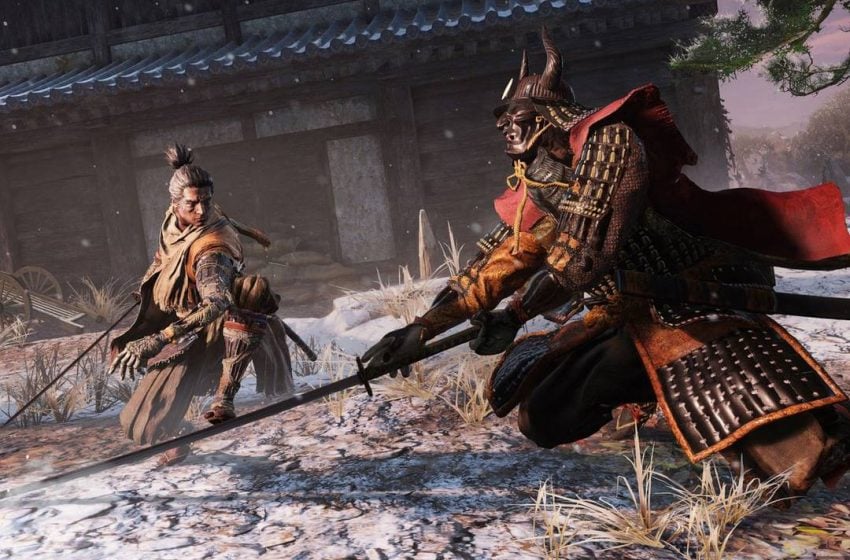 The Loaded Shuriken is a handy weapon to have in Sekiro: Shadows Die Twice, especially against enemies that have a habit of taking to the air. To use it, you will need to find the Shuriken Wheel, which can then be added to your prosthetic arm by the Sculptor.

You can find the Shuriken Wheel very early in the game. Once you make it to Ashina Outskirts, make your way up the path along the cliff. This is a fairly linear pathway, without much room for deviation. Try and keep to the roof of buildings, and the high ground, as this will make it easier to take out the guards along the route. You will eventually come to an Idol, the second in this level so far, with a gatehouse in front of it. In the upper floor of the gatehouse, there will be a broken wall, and you should be able to see the glint of an item shining within. You can see what this building looks like in the main picture above.

Make your way to the gatehouse, then grapple up to the hole in the wall. Be careful though; there are lots of wolves in this area! Once inside, head towards the body with the glinting light, and collect the Shuriken Wheel from it.

How To Get The Loaded Shuriken

Now that you have the Shuriken Wheel, you can use the Idol to return to the Sculptor. Interact with him, and you will get the option to install the Shuriken Wheel into your Prosthetic arm, giving you access to the Loaded Shuriken.

Open up your Inventory, equip the Loaded Shuriken, and you are good to go! Pay close attention to the item description, as it gives a hint that the item is especially useful against enemies with a tendency to take to the air.

Now you know how to get the Loaded Shuriken!