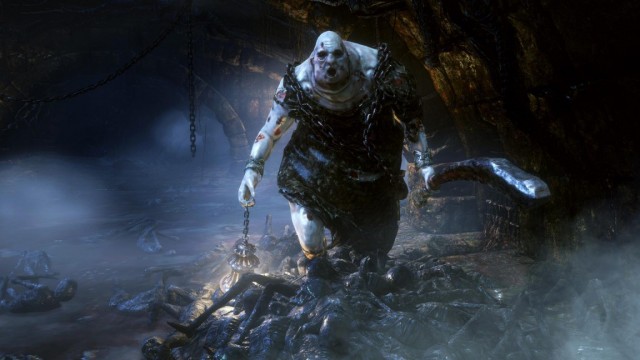 In the previous part Bloodborne Part 7 Walkthrough, you had fought with Darkbeast Paarl at the Hypogean Gaol. In this part, you will face Shadow of Yharnam. There will be three bosses you will fight this time each with a different attack style. One will be using fireballs attack you, one is with a long katana with a flamethrower and the last one with a sword. You have to be very quick here if you stay at one place or keep attacking single one you will die very easily. Find the tips below to deal with them.

Shadow of Yharnam can be found in Forbidden Woods. As you enter the arena you will spot three of them each of them with their own weapons and attack style. The one with katana will rush towards you in speed and attack you. His attacks are fast. The second one who has a candle and flamethrower will try to burn you and the last one will throw three fireballs in your direction that after a stage will blast by falling on the ground. It is important to cause equal damage to all three shadows.

How To Beat Shadow of Yharnam Boss

In the beginning, the shadows will be slower in the attack. Use the large tombstone around to block their attacks, it will also help you to reduce the damaging impact of their attack. Try luring out them one by one behind you and attack the shadows. You see three health bars on the screen.

When 25% f health of each of these shadows is down they will enter into phase two of attacks. Two shadows will now shoot tentacles to whip or stable you. The range is pretty high so you have to very quick in dodging them or else you will constantly take damage. Shadow will Katana will ignite his weapon that adds fire damage to his attacks. A shadow that shoots fireball will now shoot mortar-like fireballs which will explode as they land on the ground. Shadows will also summon snakes in this phase.

Now there are max chances that in the last phase either a single shadow will remain or there will be around two of them with relatively low health. In this phase also the Shadows can summon snake. To prevent him summoning attack the shadow once you see him crouching down and surrounded by a ring of light. You will have to kill the final shadow as quickly as possible or else more snakes will appear and it will tough for you to fight.

After killing them all you will get 18,600 Blood Echoes and the Blood Rapture Rune. You can read our walkthrough on the next part where you will face Rom, the Vacuous Spider, or you can refer our Bloodborne Wiki guide for more updates on the game.