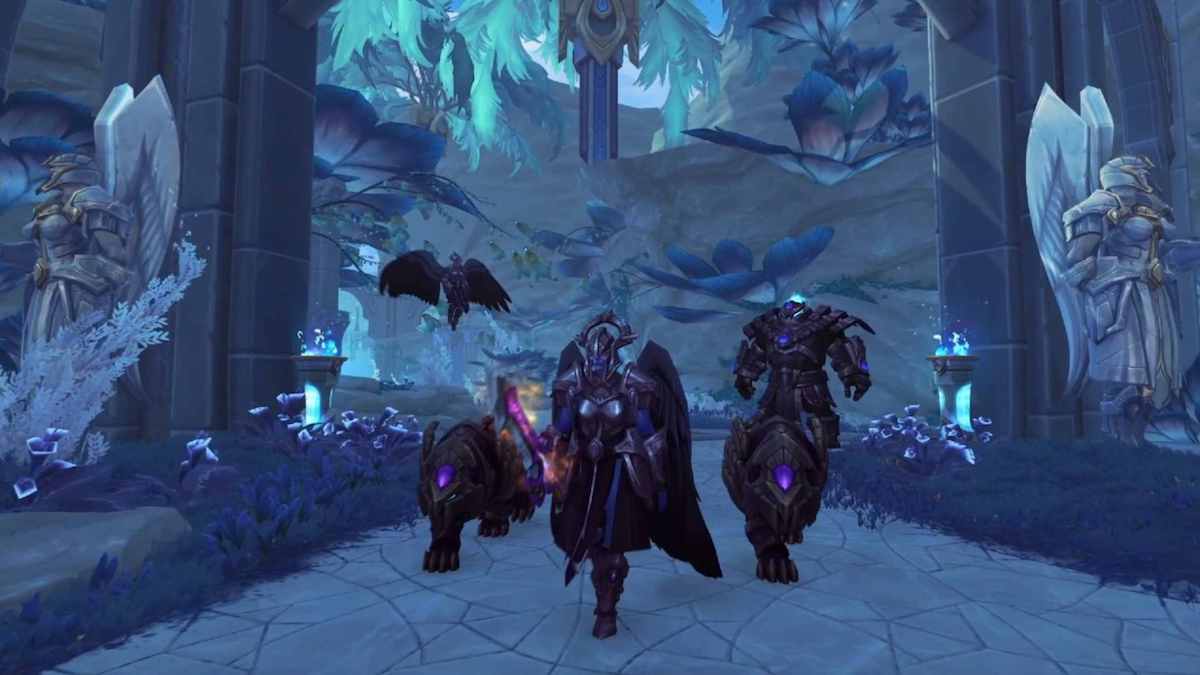 When you’re taking on the end-game content of Shadowlands, primarily its many dungeons and raid, you are going to find yourself looking to play a specific role in your group.

There are three main roles that players will take on: Tank, Healer, and DPS. The tanks aim to get enemies’ attention and take damage, healers are meant to stay on the sides and keep their allies alive, and DPS are the ones to get in there and dish out the pain.

If that last one sounds fun to you, there are a lot of options in terms of what kind of builds you can choose to fulfill that important DPS role, and we have the best of them here.

Arcane Mage can be a harder build to play as, as they are highly dependent on cooldowns which makes it hard to time your abilities properly. However, they still do enough damage to be worthwhile. It has good AoE damage, as well as one of the best single-target DPS or 3-target burst.

Back in October, the Fire Mage got some serious buffs to Fire Blast, Fireball, Flamestrike, and Pyroblast, which has given it a ton of power for AoE and single-target damage. The best part of this build is that it can use Combustion, which provides excellent burst and can clear out mobs with ease.

The Mage class can give you Time Warp which can give you a huge advantage in a battle by slowing down mobs. Further, they are highly mobile and the Frost Mage, especially, comes with Ice Barrier and Ice Block, which can be very handy. When you combine their Invisibility with their powerful 2-target cleave DPS or single-target DPS, they are an absolute dream to play as.

With abilities like Fel Rush and Vengeful Retreat, the Havoc Demon Hunter offers some of the best mobility for a DPS build. Plus, it recently received a 5% buff to its overall damage output. You can even use abilities such as Imprison to completely skip mobs and save you, and your team, time in a dungeon.

The Marksmanship Hunter is one of the best builds to dish as much damage as possible. Their AoE and single-target damage is, frankly, astounding and when you combine True Shot and Trick Shots create an astounding amount of burst. The Hunter is able to keep moving while casting, as well, which means that it’s incredibly easy to avoid damage while in a battle.

With the Outlaw Rogue, you can easily control a crowd with abilities like Gouge and Blind, which are great for keeping enemies from casting and disoriented. This opens them up to your own attacks and the attacks of your allies. While their DPS does take a hit from Roll the Bones, they still put out enough damage to warrant being on this list.

If you are looking to do some heavy damage from a distance, then the Shadow Priest is a great option thanks to its recent buffs to Call to the Void and Shadow Crash. These buffs have helped boost their single-target, priority-target, and AoE DPS, while also bringing Power Word: Fortitude to increase the health pool of the group.

The Subtlety Rogue used to be at the very top of the list for DPS builds, but received a few significant nerfs to their abilities which dropped it some. Regardless, it is still one of the best DPS builds thanks to core conduits, Deeper Daggers and Planned Execution, which can still do some good single-target, priority-target, and AoE damage.

The Unholy Death Knight gives you a very good chunk of single-target and AoE burst windows that you can really do some damage with. They also can use Grip of Death to massively slow down a mob in a specific area. It has several disturb spells that can make a combat scenario easier and a good amount of melee damage to earn a place in any team composition.

The Windwalker Monk is best used in the early stages of this season, as they won’t scale very well with secondary stats. They provide some great group utility with Tiger’s Lust and Leg Sweep, and they dish out some great single-target DPS and Execute ability, Touch of Death. Finally, they are the only class with Mystic Touch to boost physical damage by 5%.