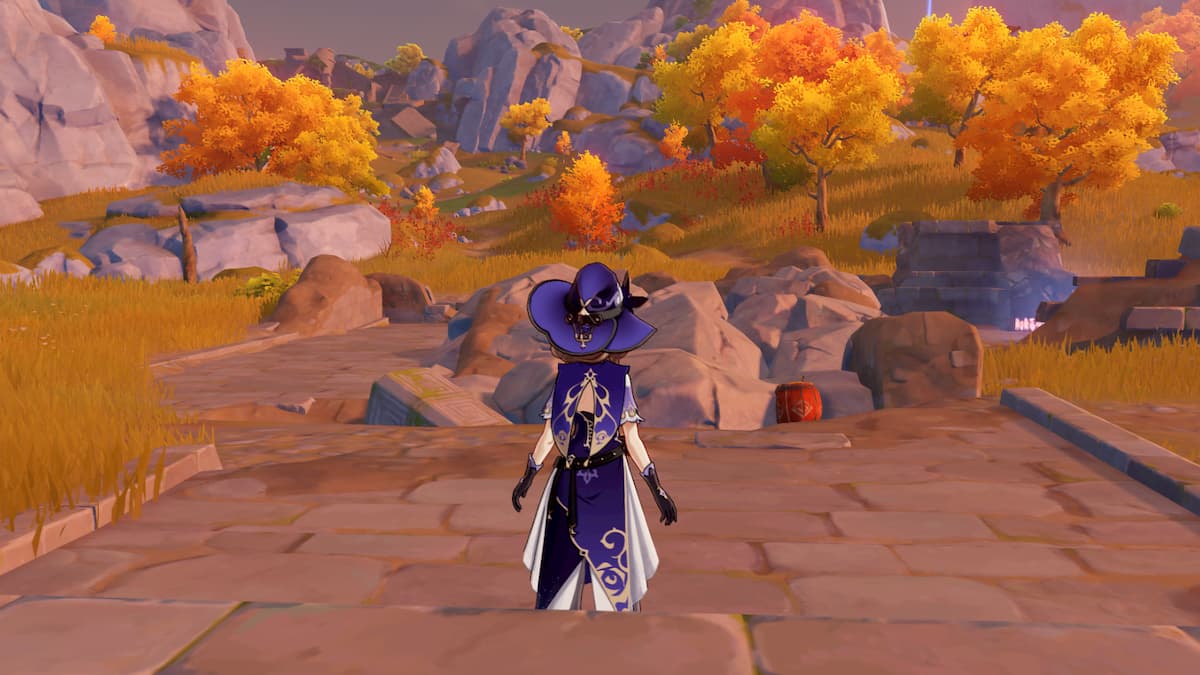 The Share Not Your Treasure quest in Genshin Impact is a little hidden. You have to work to find it, and then it takes a bit more effort to complete it, which is sometimes the fun of exploring the massive game, and running around discovering the various forms of loot. To find this quest, you want to make your way over to the ruins in the Guili Plains, where you’re likely familiar if you’ve already done the Treasure Lost Treasure Found quest.

To start the quest, head to the southern portion of the ruins where you see a large pile of rocks. Next to the pile is a red barrel. You can use any of your characters to activate the barrel, but a ranged one is preferred to avoid the damage. After destroying the barrel and removing the pile, a Ruin Guard is protecting the entrance to a door. Destroy the Ruin Guard, and then venture into the small basement. You need to read the Worn Letter to start the quest.

Once you read the letter, you receive a waypoint to a bonfire on the edge of the ruins to the west of your position. It’s right along the edge of the Luhua Pool. Thankfully, it’s immediately next to a waypoint shrine, so if you already have the waypoint, it’s a quick ride all the way over. When you arrive at the location, make sure to have a Fire-based character who can light it. A group of treasure hunters appear after you burn it, ambushing you. Eliminate them, and then find an item called Scribbled Notes leaning against the side of the wall outside of the ring from the bonfire.

The next step is to find the exact treasure location. In the Scribbled Notes, it mentions you can find the treasure hidden somewhere on the highest peak in Cuijue Slope, which is directly west of your current position. Proceed to the top of the mountain, and you should see a tree right at the top. When you reach it, there will be a shovel stuck into the ground that you can mine when you approach. When you mine the location, there’s a chest that pops up, and the quest is finished.