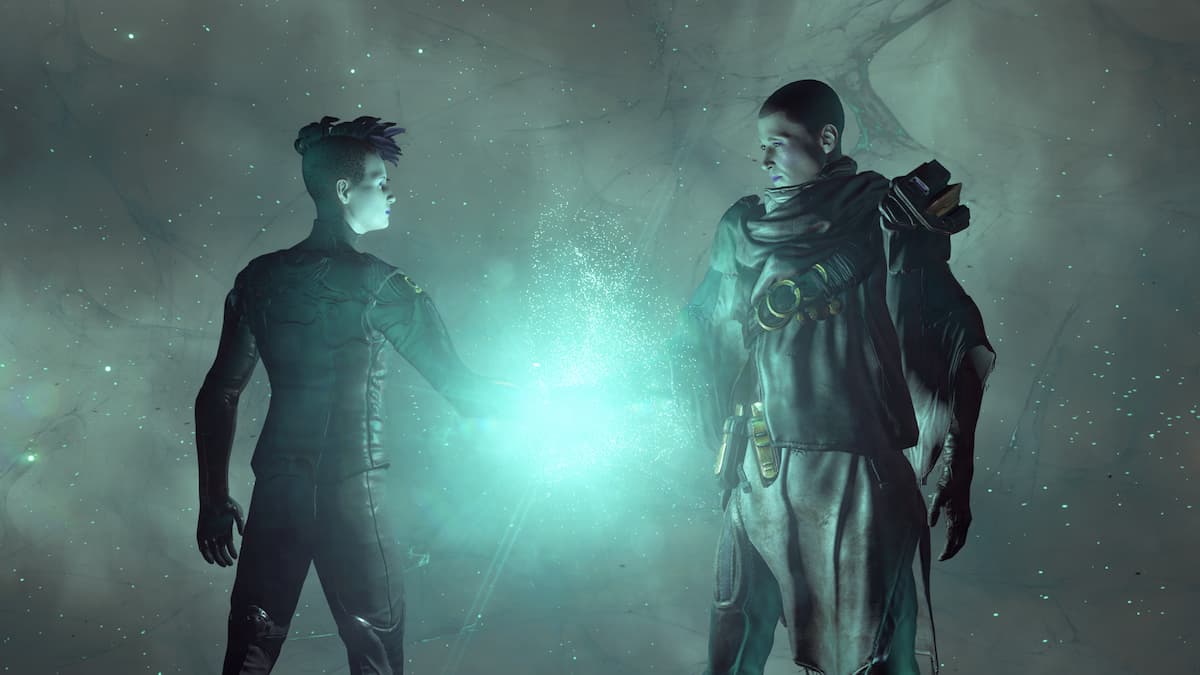 Warframe The New War contains some important choices that players will need to make as they play through the story. In this guide, we will talk about whether you should pick the Drifter or the Operator when given the choice. Please note, this article will contain story spoilers.

After Battler the Narmer and the Sentient forces, players will come face to face with a new version of themselves. The Drifter and the Operator are essentially the same people, just from different versions of the same universe. The world of Warframe exists under the concept of Eternalism, so every choice creates a universe where the contrasting choice occurred.

The Drifter is a person who was never rescued from the famed lost ship, the Zariman Ten Zero, while the Operator that very same person who has been rescued and ended up with the Lotus. Before heading into the final showdown of the New War, players will get to choose which one they play as they attempt to save Lotus.

Truthfully, it doesn’t really matter. No matter what you pick you will have access to your Operator abilities, Amp, and Warframe loadout that you had selected at the start of the New War. It is really a thematic choice, and you can actually swap between both characters after the New War is complete, as they will both end up inhabiting the same universe.

We went with the Operator, as it felt right to finish the story with the character we have been playing for nearly a decade now. Once the New War is complete, you can visit your transference chair in the back of the Orbiter and switch between both of them as you wish.