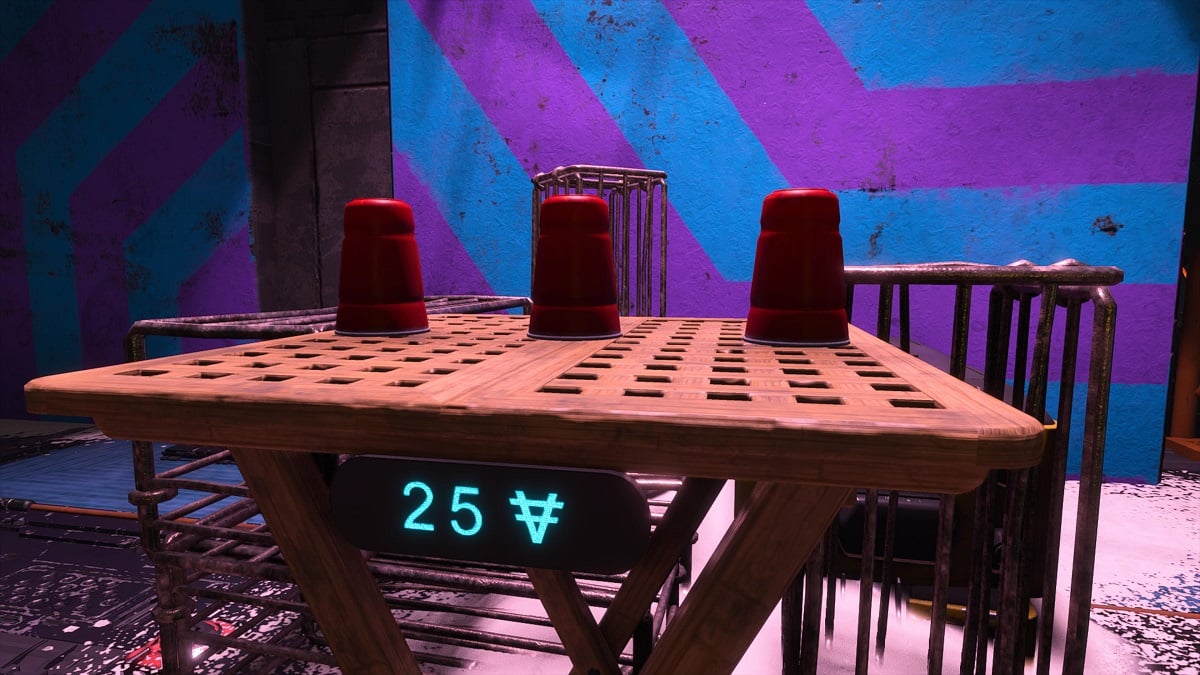 Knowhere is a pretty scummy place when you think about it. All manner of pirates and thieves minger among the bars, scammers are robbing people of money, and even kids are stealing credits from those who don’t know better. However, is the brain in Marvel’s Guardians of the Galaxy trying to scam you? Let’s find out.

During Chapter 6 of Marvel’s Guardians of the Galaxy, Starlord is freely able to explore Knowhere’s urban landscape. After you leave the bar, you can take three directions. The first left shows the Collector’s Emporium, where you can find a Stan Lee reference. You want to take the second path, to the right of the yellow triangle building. Once you take the turn, you should be able to see the brain.

After talking to the brain, Starlord is savvy that it might be tricking him. With some hesitation, you should play his game on the first try. If you follow the ball correctly, you’ll gain 1,000 credits. The brain tries to tempt you with a second go, now that it has affirmed some trust between it and you. Don’t be tricked. Leave the game with your winnings. If you play the brain’s game a second time, it will steal your money and say the ball is elsewhere even though you did it correctly.