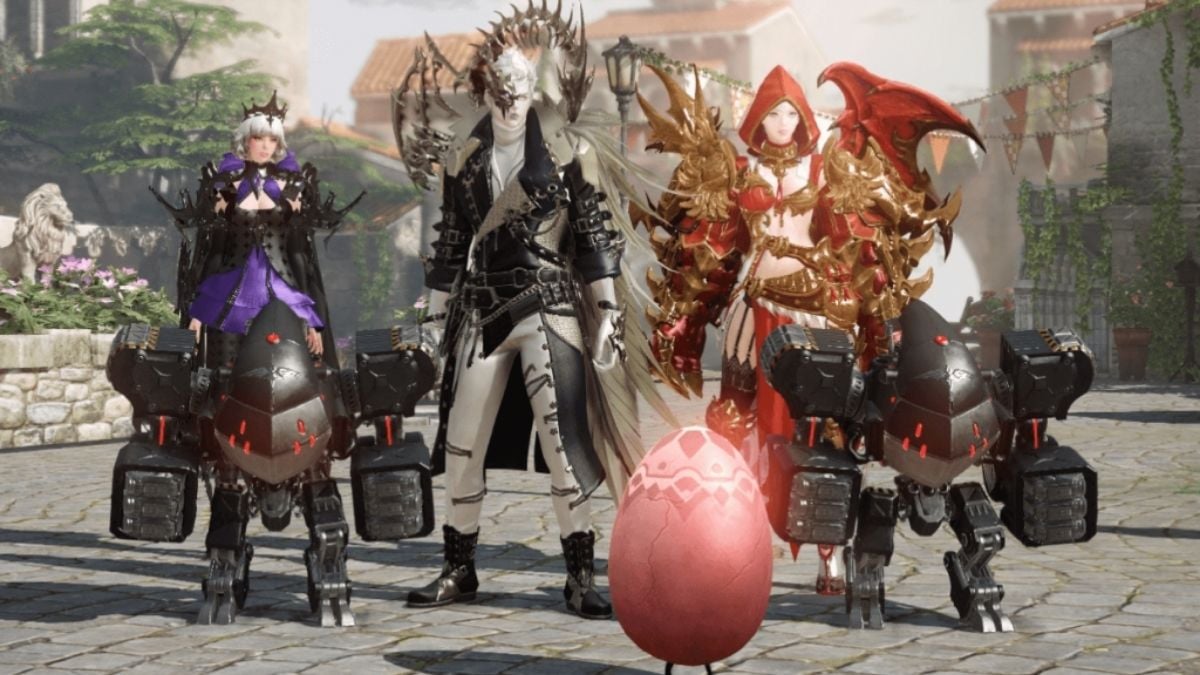 The prologue of Lost Ark is all about getting used to the overall combat system and how the game works. It also introduced a couple of NPCs that you will get to know. The first is an NPC called Morpheus, and the second is a man named Gerka.

Gerka sees himself as something of a leader, but in reality, he is just a mean-spirited, cruel man. Several times Gerka will place you in danger, attempt to leave you behind, or be cruel to Morpheus. As you venture deeper on your journey he will grow worse and worse, eventually telling the rest of the party to abandon the mission entirely.

Before he does this, he will command his men to steal a tablet. The tablet breaks and releases a gas that turns them all to stone. This will happen slowly for Gerka, and players will have to make the choice to try and save him, or run away. Truthfully, it doesn’t matter, if you try and save him the priest will intervene, damning Gerka to his cold stone prison and saving your life.

He tells you that Gerka would have damned you both with his creed, then cast a spell that deals with the terrifying fog. So, it actually doesn’t matter which option you pick, either way, Gerka meets a terrible fate, and you can progress onward with your quest.