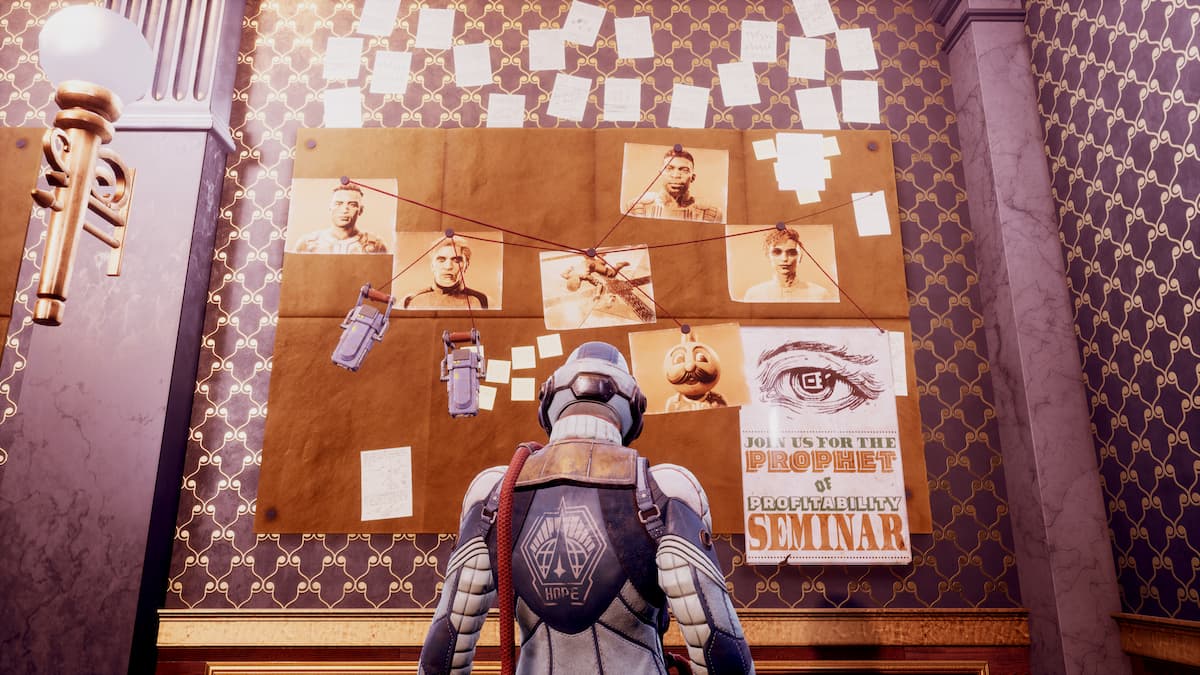 The end of the Murder on Eridanos DLC in The Outer Worlds will see you wrapping up a murder mystery. For anyone casually reading this guide, it contains spoilers for the final mission and a large story reveal, so read with caution.

Ludovico is the person who had “Helen” murder in the first place, accidentally killing the secret twin sister who didn’t actually know anything about his plan. His reasoning is that he wants to infect everyone with the parasites, making everyone on Eridanos happy. While the end result is noble, happiness from a brain chewing parasite is not real happiness, at the end of the day.

Helen, on the other hand, wants revenge for her secret dead sister, and has been happy to mow down anyone who gets in her way, whether they were a good person or not.

What happens if you side with Helen?

If you side with Helen, Ludovico will try to kill you all by sealing you into the factory. You will get access to a mission called The Bird Drug when you escape and will need to make an antidote for the parasitic infection. After you disperse it over the area, you will need to track down Ludovico and take on an interesting surprise boss fight.

What happens if you side with Ludovico?

If you side with Ludovico you will get access to a mission called The Infernal Exploding Machine of Halcyon Helen, and will help Ludovico to infect the entire colony.

Which one you decide to go with is up to you, the DLC is largely independent of the rest of the game’s content, so will not have any impact outside of its own story.