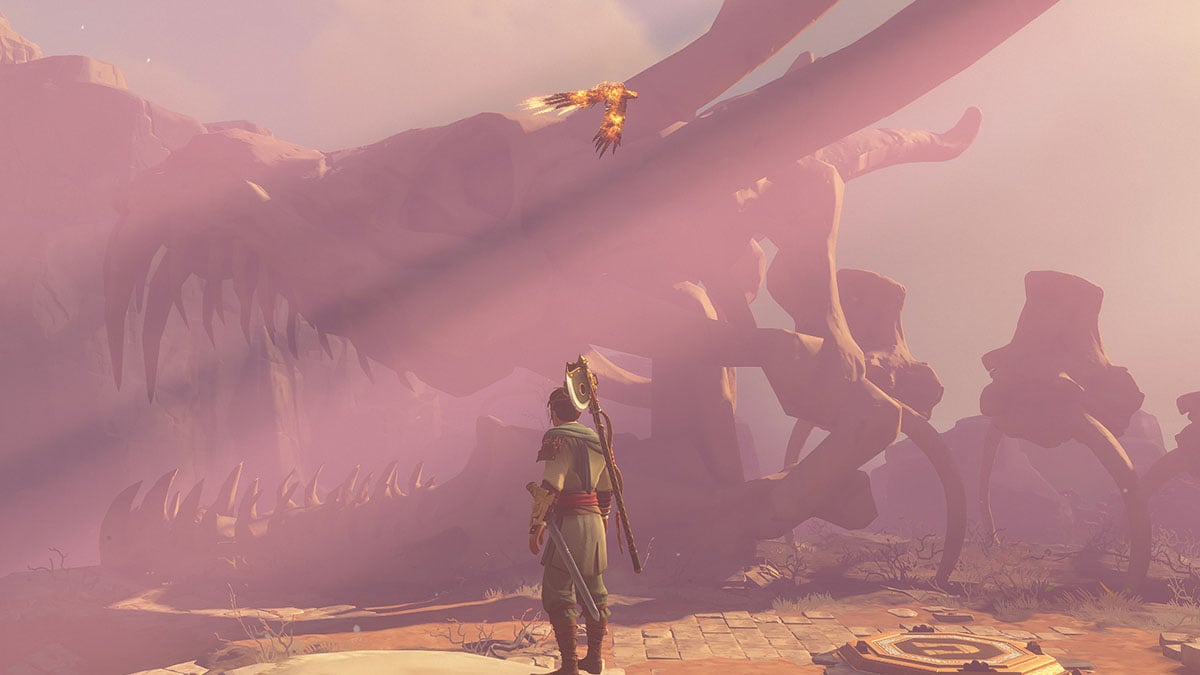 During the Sky Dragon’s Grave quest in the new Myths of the Eastern Realm DLC in Immortals Fenyx Rising, you will find yourself with a bit of a puzzle to solve. This shouldn’t come as too much of a surprise, as puzzles play a big part in Immortal Fenyx Rising.

The first thing you will noticed is a small pressure plate on the ground. Standing on this will cause the red shield on the strange, caustic plant to disappear, but you have no way to hurt it right now.

This is activating a wind vent that is blowing a fan that is keeping the door open behind you. In front of you will be an energy wall with a block behind it, and directly above that is a platform with another pressure plate.

When it is out of that room, transfer the blocks from up high to the lower pressure plate again to open the door. Now, go outside, bringing the blue block with you and put it on the pressure pad directly in front of the tunnel. Hit it with you axe to make it large, then go stand on the other pressure plate.

Now, shoot an arrow through the brazier that appeared when you used the large blue block to activate the plate, and send it into the plant to solve this puzzle.