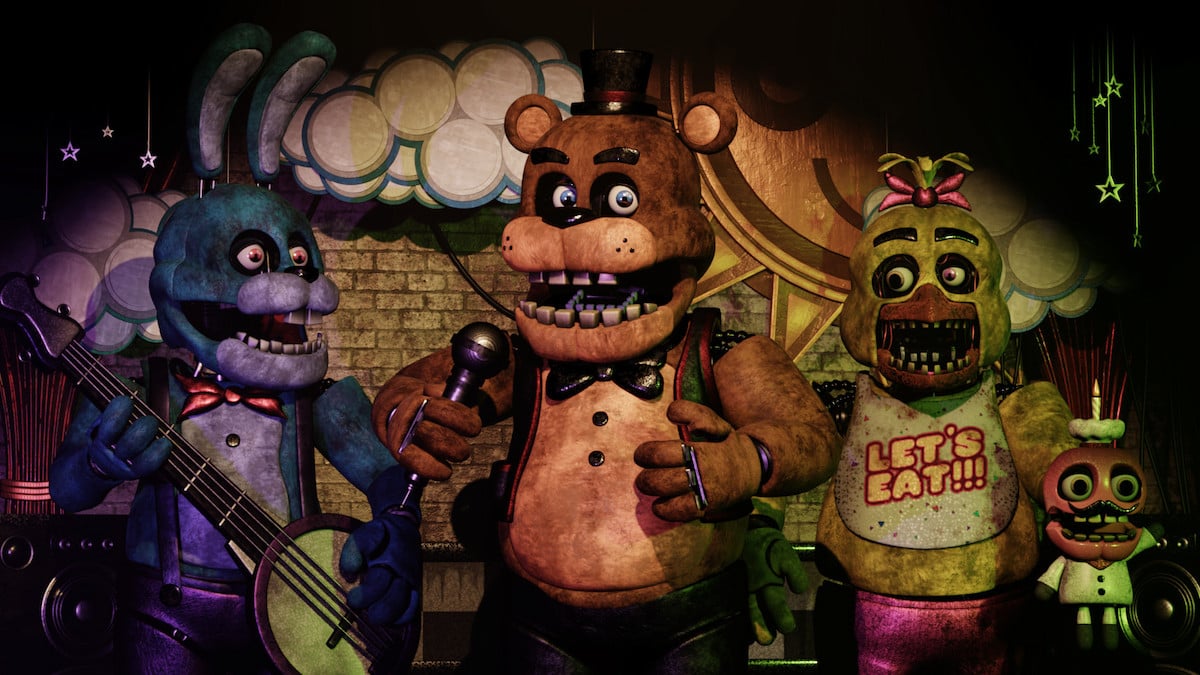 You’ve played through all of the main franchise games and seen all of the jumpscares, endings, and Easter eggs. Five Nights at Freddy’s has bared all of its secrets to you and you’re a veteran of the franchise. Yet there’s still that itch for more FNAF goodness and other derivative games just don’t cut it. You’re not alone — many players in the community have felt the same way and some talented folks have decided to do something about it. Below, we will present our picks for the ten best Five Nights at Freddy’s fan-made games that you can play.

Related: All FNAF Characters in each game – Every character in Five Nights at Freddy’s

10. Fredbear and Friends: Left to Rot

This engaging fan game expands on the lore from the main games. It tackles the question of what exactly happened to Fredbear and Springbonnie. Their ultimate fates have been a dangling loose thread so far, and this game fills that gap. The designs of animatronics in this game follow the janky sharp-edged looks from the first few games, providing a nice feeling of nostalgia to those who miss them.

In sharp contrast to the previous entry, the LEGO version of FNAF has the animatronics rendered in the glossy and polished look of the famous brick figurines. This game essentially functions as a mod to the original game, so you will need a copy of the FNAF trilogy to support it. Besides the aesthetic differences, there is a slight change in tone too, taking on a more humorous path with this reimagining.

This entry features POPGOES: Arcade games, as well as all the other POPGOES games. All of these fan games are set in a different franchise with brand-new animatronics and scares. The gameplay is very similar to the original FNAF formula but updated and with slight twists that will delight fans who want something slightly different yet familiar from their fan games.

More of a walking simulator than a strict horror game, Fredbear’s Fright is an in-universe location that pays homage to the characters and locations from the main franchise. It kind of functions as a museum that details the horrific history of the events that took place in the story, letting the players explore and learn at their own pace. Despite the lack of strict scares, this fan game is a clear love letter to the Five Nights at Freddy’s world and lore.

Sometimes, art imitates life, which then imitates art. It’s no secret that the Chuck E. Cheese chain of restaurants was one of the main inspirations for the FNAF series. If you’re old enough to remember the chain’s heyday, now you can get scared by Chuck E’s animatronics all over again in a FNAF setting. The game itself closely follows the basic premise of the original FNAF games, just with a brand-new and equally disturbing coat of paint.

This is another fan game that expands on the in-game world’s lore. After the final closing of Fazbear’s Pizzeria, a new similar restaurant opens up — Candy’s. It might have slick new animatronics and a fresh look, but this restaurant has a dark secret that follows in the grim footsteps of its predecessor. Following the same gameplay loop as the FNAF games, Candy’s has some unexpected twists and turns and a healthy dose of easter eggs to keep you engaged.

4. The Joy of Creation: Story Mode

What if you took the dread of running from Pyramid Head from Silent Hill and translated it into a Five Nights at Freddy’s game? Then you’ll get The Joy of Creation, a game that looks amazing for something that’s just a fan effort. In it, the classic jumpscares are replaced by the dread of being pursued by ignited versions of Freddy, Foxy, Bonnie, and Chica. It also features an original gripping storyline to complete the package.

In a clear departure from the original formula, Super FNAF 2 is a 16-bit pixelated fan game in which you investigate the story not as a security guard, but as the children’s souls living inside the animatronics. This is a sequel to the fan-favorite Super FNAF which had to be pulled due to disagreements between the original creators. The sequel revives and builds upon the original, with a look that’s completely opposite to what you’d expect from Five Nights at Freddy’s.

This fan game tells the story of the animatronics from the Five Nights at Freddy’s: Sister Location part of the franchise. Instead of a restaurant, you’ll be working at a circus where the animatronics are one of the main attractions. While keeping close to the original formula, the scares in this game are simply next-level. Some of the best parts happen when you have to go outside and shuffle between tents with just the flashlight to keep the monsters at bay.

The best fan game for the FNAF franchise has to be the one in which you reverse the roles. In this game, you get to be one of the animatronics (and you can pick almost all of them!), and then scare and hunt down the poor security guard. One of the most interesting aspects of this game is the feeling of discovery while you test out all of the suits and learn their abilities and the best tactics to use for each one. In a way, this lets you dive deep into how each of the animatronics operates and the game keeps that aspect very true to the source.