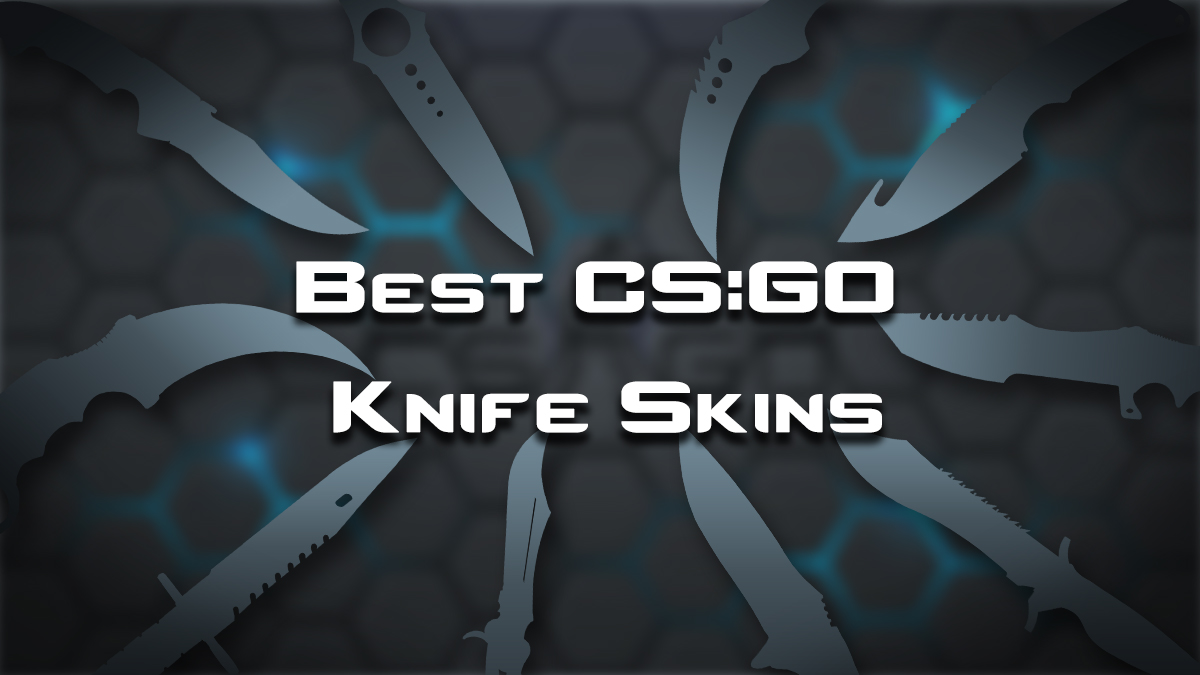 Considered by many to be the ultimate chase items of CS:GO, knife skins are a status symbol among the players, along with the gloves (to a lesser degree). And it’s no wonder, as they are a very rare drop from any Case that they’re a part of, and even the cheapest knife skins are seldom sold for less than $100 USD on the community market.

While it can be possible to buy some of the best weapon skins on a budget or have a chance for others to drop, knife skins represent a serious investment for many avid CS:GO players. Encountering someone wielding such a knife doesn’t necessarily translate to skill, but it does represent a certain dedication to the game (or just plain luck), meaning that there has to be a certain measure of respect towards those able to kit themselves out in sharp-edged bling.

How many and what types of CS:GO knives are there?

Despite being some of the rarest skins in the game, the knives alone come in a wide variety of types. To be precise, there are a total of 19 different types of knife skins, each with a multitude of themes and skins across each type. The different types of CS:GO knives are:

Each type represents a different aesthetic style of the weapon, modifying their shape and animations, often in drastic ways — which only adds to their already high desirability. Besides the different styles, knives come in a variety of different finishes. For example, Chroma Case introduced finishes such as Damascus Steel, Doppler, Marble Fade, Tiger Tooth, Rust Coat or Ultraviolet across different knife types, while the Gamma Case did the same for Gamma Doppler, Freehand, Lore, Autotronic, Bright Water, and Black Laminate knife finishes.

The Autotronic line of skins is recognizable for combining a striking blood-red coloring offset by the burnished steel look of the metallic parts. The look is accentuated with steel mesh detailing, which looks especially interesting on an M9 Bayonet knife — itself a visual upgrade on the more standard Bayonet and Classic knife types. The reds and metallics contrast perfectly with the hefty black knife handle, giving the whole weapon a deadly futuristic look.

The sinister-looking blade of this Talon Knife is painted in a hydrographic forest camo pattern, giving it a Special Ops feeling throughout. It pairs extremely well with many of the more practical camo weapon skins to complete that “Commando” look that should warn both your teammates and your opponents that you mean business.

Like the Talon Knife, the Karambit features a nasty-looking inward curved blade, shaped like a claw. What makes a Karambit stand out is a finger hole at the lower end of the knife, giving a dexterous user an easy way to swap grips on the handle. The Case Hardened variant of this knife looks like a weapon that’s seen use over many missions, and the play of colors across the blade is an eye-catching sight. It’s also a classic skin, shared across a multitude of Cases, yet despite that it’s extremely rare, fetching a very high price on the market.

Like many of the finishes on this list, there are several knife types that share the Crimson Web skin finish. What sets apart the Nomad Knife, in this case, is that its broad blade makes for a great canvas to fully display the spider web pattern across a blood-red blade. You can’t go wrong with a red and black combo, and if we know anything, we know that red means danger.

No matter the game or the medium, Damascus Steel patterns always look captivating. There is something in the glaring ripple of the metallic shades that makes it almost hypnotic. And while all of the Damascus Steel knives in CS:GO look great, there is a very special aspect that we like about the Falchion Knife version in particular. Namely, the handle is given a Damascus treatment as well, and with the slim profile of the knife, it makes it look almost like a surgical implement. Just make sure to sing the Weird Al song while backstabbing your foes with surgical precision.

Skeleton Knives share a very interesting look with some fun inspect animations to go along with the shape. The Fade line of skins has been popular across the player base, no matter the weapon type, and it transcends just knives to cover the whole spectrum of CS:GO weaponry. What makes the Fade version of the Skeleton Knife so special (besides the look) is its rarity, which drives the price to ridiculous amounts.

One of the more intricate lines of skins, the Freehand finish is another look that benefits from a broader blade to fully showcase the art. So why a Butterfly Knife, which is among the more slender-type blades? The answer is simple and twofold. One, the butterfly is among the fan-favorite knife types with amazing animations driving the prices up. And two, it is nothing but miraculous just how much of the pattern’s detail is clearly visible despite the blade being so comparatively thin. The purple, black, and metallic coloring gives the whole weapon somewhat of a royal look, fitting for one of the iconic knife types.

Another iconic knife type, the Bowie is one of the biggest, badest knives inside the game and out. Similarly, the Lore line of skins is also one of the most iconic in the game. Put the two together, and it’s no wonder why this knife and finish combo is our personal favorite. It should be noted that all variants of the Lore knife skins are simply amazing looking, but what makes the Bowie version so special is just how much room there is on the blade for the pattern and color gradient to unfold, making it a striking sight to behold.

Gut knives make for some very interesting canvases for skins. The blade is short and stubby, yet broad, with a wide cutting edge. Even the name itself makes the stomach turn, given the implication. While the Marble Fade skin line follows a similar pattern to the more famous Fade line, there is an interesting precedent with the Gut Knife in particular. Namely, the handle practically bleeds into the blade’s coloring gradients, giving the whole weapon a somewhat natural, almost mahogany look. In our eyes, that makes this variant stand out even more among its fade-variant peers.

With its distinctive look, the Hunstsman Knife is a great-looking weapon, unique among the more classic-looking knife types currently available in the game. And while the Tiger Tooth pattern is available for a multitude of weapons, the Huntsman version is interesting for its more subdued take on the finish, giving it a look that feels like it’s been used and utilized over its lifespan.

Why are the knives in CS:GO so valuable?

The simplest way to put it is that the very high value of most CS:GO knives is in their rarity and real-money cost related to acquiring one. All across the game, compared to all of the other items, all of the CS:GO knives can be labeled as “exceedingly rare special items”. Although the Valve developers never gave any real numbers on the drop probabilities, the exceedingly rare items are estimated to have no more than a 1% chance of dropping. In the case of a few, for example, Crimson Web or Case Hardened skins, the dedicated (and eagle-eyed) skin traders look for particular features like web pattern variations or amount of blue hues. This lowers the chance for a really rare item to be even rarer, thus elevating the price even further.

It is also important to remember that one Case opening will cost you between $1 and $2.50 USD on average, without factoring in the cost of the Case itself. That means that given the odds, you may have to spend roughly $300 USD worth of Cases and keys to have a chance for a CS:GO knife to drop.

Another factor that can’t be understated when it comes to skins is the fashion. Most of the knives available in the game are good-looking weapons, making them a stylish acquisition, along with the “wow factor” of owning one. Series such as Lore, Freehand, or Fade are considered among the best-looking CS:GO knife styles in the game, and their prices will therefore reflect that.