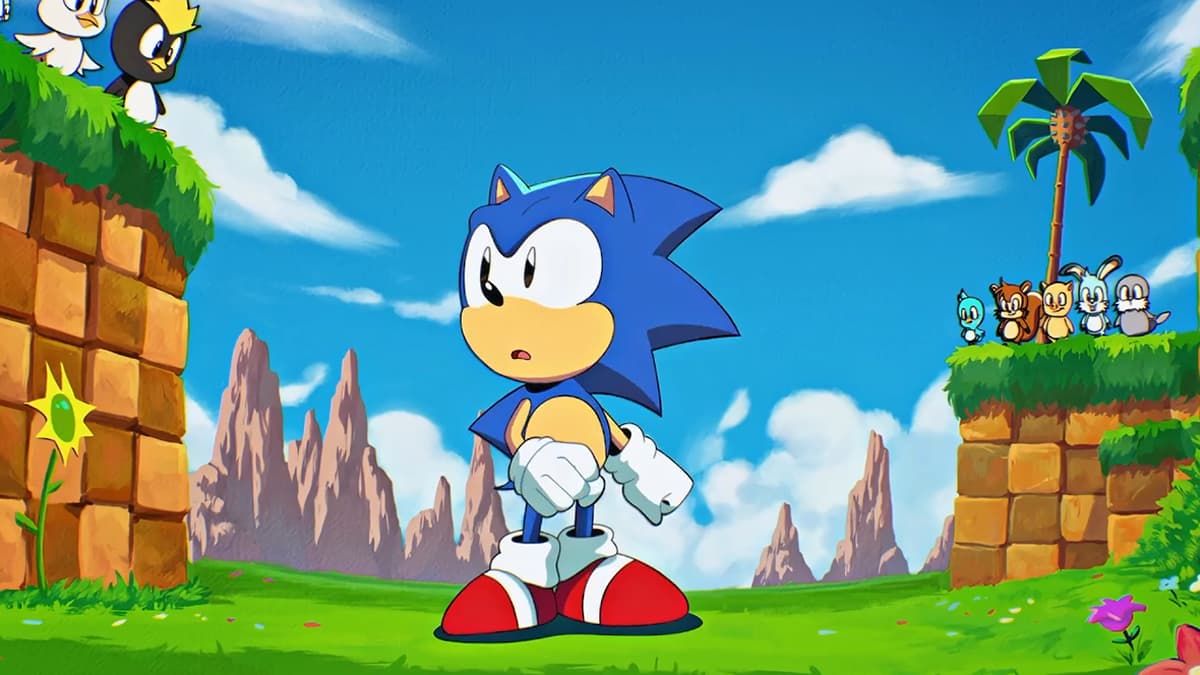 Many venerable game franchises have fan bases that span generations. This is certainly the case with the Sonic games, which have spawned a global community around them that participate in creating extraordinary amounts of fan content. From fan forums, art, cosplay, fanfic, and more — there are tons of ways to get involved with Sonic games that you’re passionate about.

But there are also those who go above and beyond and even create their own versions of Sonic games. It is important to consider that all of these games are passion projects done by one person or a small group of people, and nearly all of them are unpolished. Still, there are some among them that are decent or interesting enough to make the fans want to try them out and have, in some ways, even innovated on the Sonic franchise. In this article, we’re counting down 10 such Sonic fan games.

Sonic Megamix is a “Best Hits” type of game. It was built upon the original Sonic the Hedgehog chassis and then expanded with new sprites, assets, sounds, music, and more. Not only does it include the usual trio of characters (Sonic, Tails, Knuckles), but has even added two more (Shadow, Mighty), for a total of five. And even further, they all have their own separate sets of abilities, providing the players with a variety of gameplay options.

This one’s famous — so famous, that most players think it’s an official game, rather than a fan project. Well, that’s actually half true. It started out as a collab between SEGA and a group of fans with plans on it only being the modern remastered version of the first three Sonic games. But from that, it grew into something else entirely, with many aspects of the originals changed and the game taking on a life of its own.

This game’s the first 3D entry on our list and represents one of the best examples of ‘running’ Sonic fan games. Unlike most official 3D Sonic games that let you run at high speeds for only a limited amount of time, Sonic World lets you go all out and have fun with it. There are also other characters to pick from if you want to try something different, and there’s even a vibrant modding community around this game, which adds even more variety to it.

Do you remember the ‘Haunted game’/Demon Sonic creepypasta? Well, it became a real game. It’s actually an interesting, yet different take on the Sonic franchise. There’s definitely a good horror element to it and the vibe of something being ‘wrong’ about it. You can play as either Tails, Knuckles, or even Dr. Robotnik, and have to help them survive against Demon Sonic himself.

Yes, that’s the real title of the game, take the time to snigger. With that out of the way, it’s actually a really good Sonic fan game. Its most notable features are the amazing boss battles with the titular mad scientist, which carry impressive amounts of fast-paced action and mechanical difficulty, as well as very competent cutscenes before said battles. If we move past the silly labeling, in many ways it resembles the classic Sonic games at their best.

Who knew that Sonic levels would make for great Metroidvania experiences. Some fans certainly did, because Sonic Chrono Adventure is exactly that. In many ways, it’s a far different Sonic game, wrapped in a familiar look and feel that the fans would expect. You are supposed to explore and collect items and abilities while taking on the role of one of three possible characters (Sonic, Gerem, or Rodalia). The story of the game involves some time-travel shenanigans that are best not to question too much and instead enjoy the different gameplay experience.

4. Sonic: Before the Sequel

The first in the connected duology of Sonic fan games, Before the Sequel is neatly tucked between Sonic the Hedgehog and Sonic 2. It’s a game that features very familiar gameplay and design, which are then taken to another level — all structured in 11 brand new zones. Even the story progression in this game is canon-plausible, taking the time to introduce Tails in a more natural way, and even letting you play as him after meeting with Sonic.

3. Sonic: After the Sequel

Following up on the previous title, After the Sequel is set after the events of Sonic 2. It even starts out at exactly the point after the defeat of Dr. Robotnik, with Sonic and Tails flying in the biplane over the ocean. The game’s developer LakeFeperd has managed to follow up on what his first fan game did so well, and even improve and expand on it. His two fan games are so well regarded, that even SEGA seems to have given them their silent approval.

This 3D fan-made gem is a testament that Sonic and his world can look good in 3D. It captures the colors and looks of the Green Hill zone perfectly and lets you explore it in great detail. There are plenty of secret nooks to find and the map itself is large enough that it would take a long time to fully explore. The amount of work that went into capturing the titular Green Hill zone is breathtaking and that is why this is something that every Sonic fan should experience.

The aim of this fan project was to remake the classic Sonic 2 game and update it with HD visuals and resolutions. The result is that the game is revived in crisp detail, and even features a remastered soundtrack of all the favorite classic tracks. It is truly astounding that the fan game has managed to retain all of the charm and playability of the original while maintaining the faithfulness to the visuals in HD. It goes to show that remasters can be done right when they are driven by those that are truly passionate about the original game.