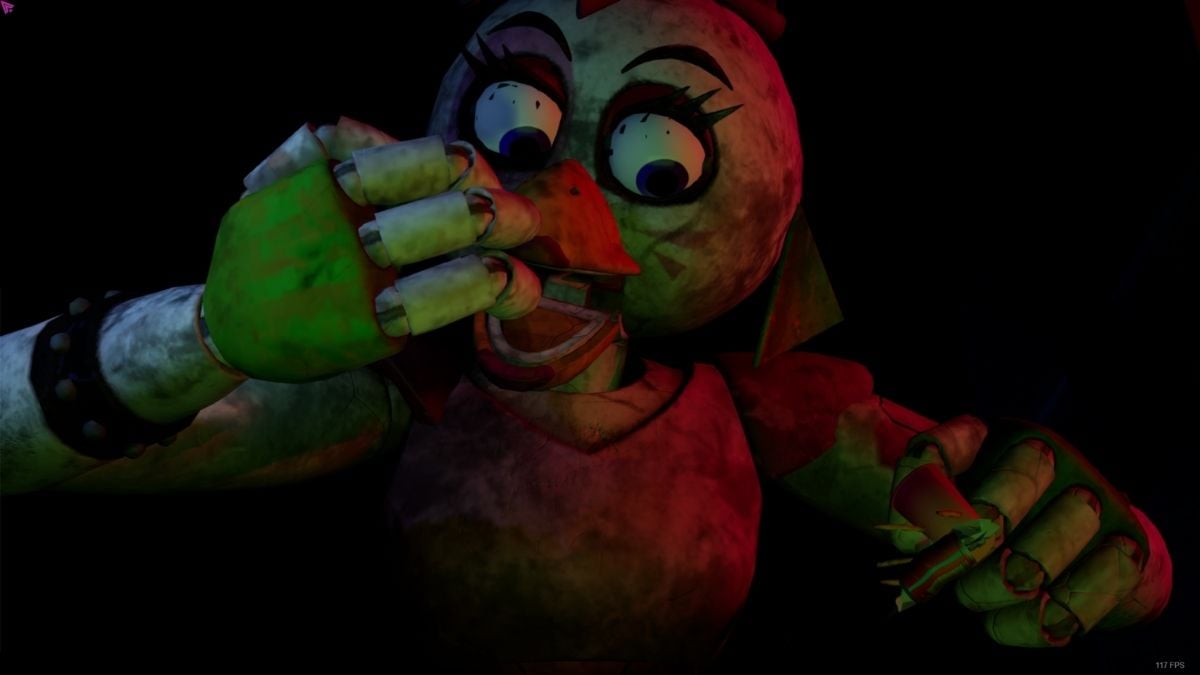 The Five Nights at Freddy’s franchise spans almost a dozen games and is known for some of the most famous jump-scares in the genre. But not all evil characters and scares are made of the same cloth and some will be scarier than others. With a plethora of them to pick and choose from within the franchise, it’s a tall task to pick just 10 of the scariest, but that’s what we’re going to do in this article. So read on and find out what are the 10 scariest characters across the Five Nights at Freddy’s games.

An incarnation of the titular character of the pizzeria and the series, Freddy has several different visages to scare the player with. But one of the scariest has appeared ever since the first game of the series — the Golden Freddy.  What makes him so scary is not his appearance alone, but the terror of the fact that, unlike other animatronics, he can move through closed doors. Let that sink in for a moment.

Having first appeared in FNaF 5: Sister Location, Ennard appears as a cobbled machine with parts from other animatronics, crowned with a creepy clown mask. He is one of the animatronics with the highest number of different jump scares, but what makes it worse is that when you get a better look, you find out that his body is made up of parts of the four main animatronics.

Appearing first in FNaF 5: Sister Location, Ballora looks like the most humanoid of all the present animatronics. This lends her an uncanny look and presence, which is even worse once her face splits open to reveal the mechanical parts under the painted plates. Along with that, her ominous singing is sure to give you chills, as it also warns you that she’s nearby.

This one is interesting because with those two beady red eyes it always gave off a sort of Terminator feeling. And while it lacks a face of its own, Withered Bonnie definitely doesn’t seem to shy away from replacing it with yours, as his FNaF 2 attack animation proves. And that’s the scariest part about him, seeing that mechanical arm reaching forward lightning quick to rip off the player’s face.

Another entry from FNaF 5: Sister Location, Circus Baby was one of the most anticipated characters when the first teasers were making the rounds. Her voice lines still give goosebumps with the way they echo and the line “Don’t hold it against us” is repeated over and over. Yet the scariest aspect of Baby is when her face splits apart to reveal what’s underneath.

This character is actually called by a different name officially ever since his introduction in FNaF 2. His real name is RWQFSFASXC, but nobody calls him that — everyone has just accepted Shadow Bonnie. And while not outright hostile, he is a super creepy character because he just stands in a dark corner, silhouetted in black with two big white eyes and rows of white teeth showing. And if you stare at him for too long, the game would crash, which can be worse than dying.

Nightmarionne is the nightmare version of the Marionette, who is a dubiously positive character of sorts. This is his dark mirror and the horrific puppet is every bit as scary as you can imagine, with its horrific smile filled with tiny sharp teeth. To make matters worse, Nightmarionne can attack from practically anywhere, always keeping the player guessing. And if you’ve encountered him, you can’t say with a straight face that you expected him to have THAT voice.

The crown prince of dilapidated, ruined animatronics, Nightmare Mangle first appeared in FNaF 4, as the nightmare version of Mangle from FNaF 2. It emits a loud shriek of radio static when it’s near, which is certain to give you a jump scare on its own. And with the bright grey-white and pink coloring, it is the scariest looking among its nightmare counterparts.

The tragic animatronic from FNaF 3, Springtrap carries that game by itself. What sets it apart, besides the backstory, are the movements which are completely unlike those of the other animatronics. They are somewhat more smooth and dare we say, life-like, making it that much worse to see him with his ruined visage. As for the backstory, you might catch glimpses and clues about it if you manage to sneak a peak inside his mouth — but that means that you’re already probably dead.

Topping off our list with another character that first appeared in FNaF 4, Nightmare is the uber version of Nightmare Fredbear. What sets them apart is that Nightmare is pitch black and somewhat translucent, with just those two smoldering red orbs of his eyes showing and rows upon rows of needle-sharp teeth. Just like Nightmarionne, he can attack from anywhere and by himself, making him even worse to face. Everything about him screams ‘danger and terror’ and he more than validates the monicker of “Wickedness made flesh.”