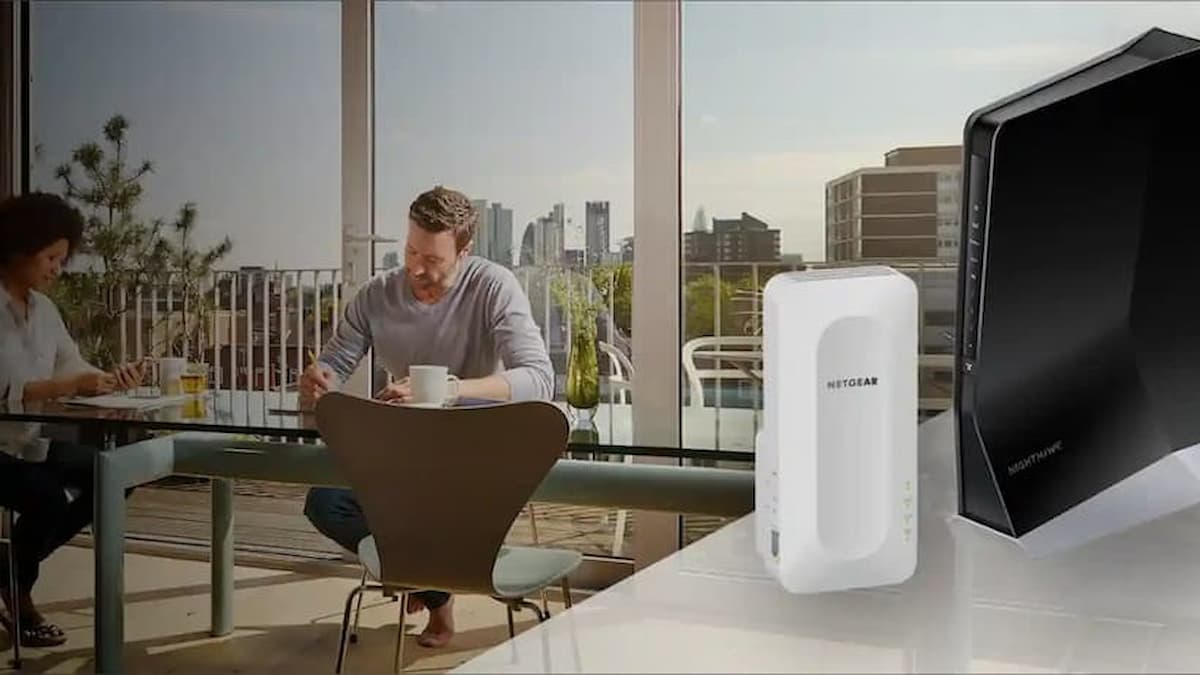 If your gaming setup is too far away from your WiFi router or there are several thick walls between the two, it can cause even the most powerful of PCs to lag. Setting up a WiFi extender in your home could help solve the problem. Fortunately, most online gaming doesn’t require huge amounts of data to be transferred over the Internet. Instead, they rely on stable and continuous communication with servers to relay inputs and location data for your character. Poor signal strength can impact this communication and cause your game to lag. If you’re looking for a way to boost your signal strength without moving your entire gaming environment, here are our picks for the best WiFi extenders for gaming.

Just like when you’re picking out a new microphone, buying the right WiFi extender depends on your needs and your budget, but here are our picks for the best ones for gaming on the market right now.

If you have a bit of space around your setup, then the Linksys AC3000 is a solid choice that won’t destroy your budget. It offers multiple wireless bands to support more devices than other WiFi extenders of the same price. Best of all, it has a robust 10000 square foot range, meaning that it can cover almost any home with a stable internet signal. It is one of the best WiFi extenders you can get at its price point, but it does take up a lot more space than its competitors so it might not work for gamers in tight quarters. It also requires a bit more setup than our other picks, making it less attractive to tech novices.

This beefy WiFi extender offers impressive performance, with throughput speeds of up to 2.2 Gbps and a healthy range of 2300 square feet. However, the biggest advantage the EX7000 has over some of its competitors is the fact that it takes most of the setup off your hands thanks to the intuitive Nighthawk app. It makes extending your WiFi network a breeze and lets you manage it on the go. It mimics your home network’s name, meaning that devices won’t get disconnected as you move around the house. The downside to all this convenience is that the EX7000 is on the more expensive side, easily double the price of some of the other WiFi extenders on this list.

If space is at a minimum, then NETGEAR offers a range of WiFi extenders that simply plug into your power socket. These models tend to be light on features but don’t take up much room and are much lighter on the budget than other options. The best of these for gaming is the EX3700, which has several features that gamers will enjoy. It offers solid throughput at 750 Mbps. At this speed, downloads might take longer than you’d like but gaming performance won’t be impacted. For those who want a more stable connection, the Ethernet port on the side of the unit allows for a wired connection even far away from your internet router. Setup isn’t as straightforward as with other models, however, so expect to dig a little deeper into the technology to get the most out of it.

Another WiFi extender that plugs directly into your wall socket, the TP-Link AC1750 is a more robust and feature-rich version of the NETGEAR 3700. It has all the features of its smaller cousin as well as faster speeds and easier installation. The LED indicators on the front can instantly tell you if it has a good signal or if it will struggle in that location, meaning you don’t need to rely as much on trial and error when setting up your home network. You won’t find a faster plug-type WiFi extender, but it also is double the size, taking up multiple plugs. It also will impact your budget a bit more, but not quite as much as some of the standalone WiFi extenders on this list.

This option covers both your bases. The EX6200 offers a maximum speed of 1.2 Gbps and five Ethernet ports to connect multiple devices such as your TV or PC. It also has a USB 3.0 port so you can connect a hard drive, allowing you to access your music and video from anywhere on your network. It is also considerably smaller and uses less power than some of the larger WiFi extenders we recommend, making it good for people who want better performance than you get with the plug-in extenders. It doesn’t do everything that the EX7000 does and requires a bit more work to set up, but this WiFi extender strikes a good balance between power, function, and cost.