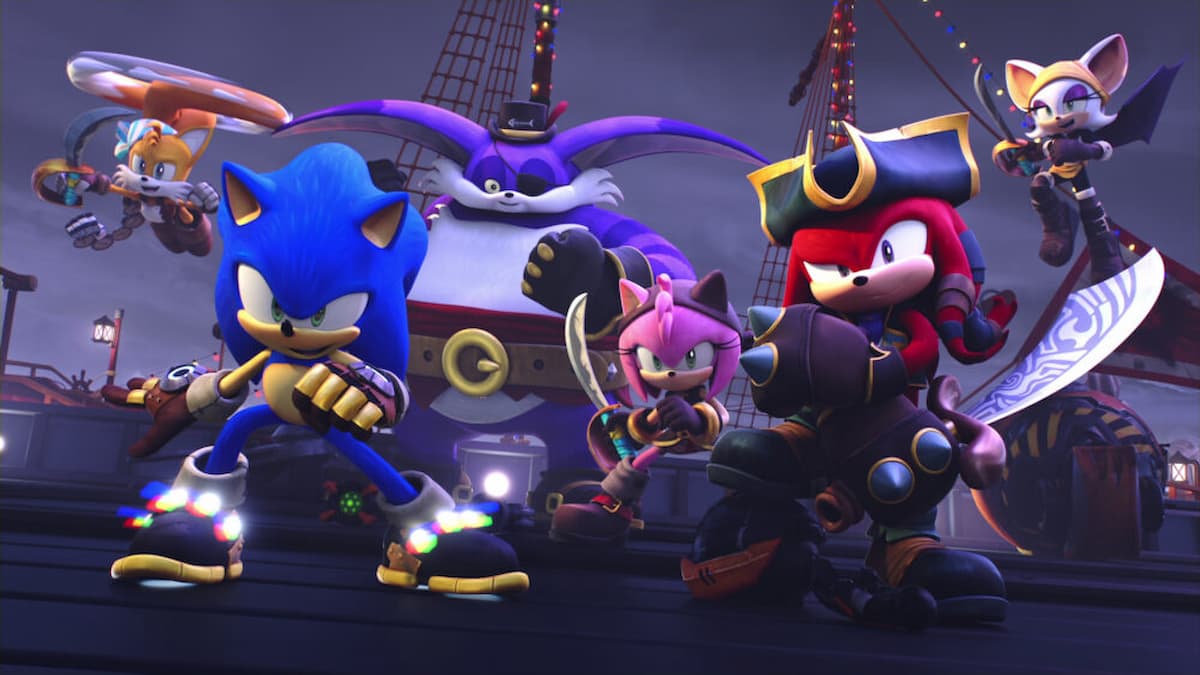 Sonic Prime is an odd meshing of classic and modern Sonic as the blue hedgehog gets propelled through various takes on Green Hill and interacts with variants of his friends. For long-time fans of the video game series, there are quite a few references to the original material hidden throughout the show’s eight-episode first season. Here are eight best Easter eggs that we found while watching Sonic Prime.

The cast of characters in Sonic Prime consists of some of Sonic’s most common friends and rivals like Tails, Knuckles, Shadow, Amy, and Eggman. That being said, in the first episode, one of his other friends, Blaze the Cat, can be seen walking down the sidewalk of New Yoke City at the 20:26 point. She has no speaking role and doesn’t appear anywhere else in the season. Originally, Blaze is a character that travels between dimensions, so we were kind of hoping for a bigger presence from her.

In episode 2, when the Badniks come to question Big the Cat about why Sonic was with him, they read out his citizen number as 1-9-9-8, a reference to the year 1998. This is the year that the original version of Sonic Adventure was released on the Sega Dreamcast, Big’s first appearance in a video game.

When the Chaos Council has Sonic undergo some tests to find his limits in the first episode, Dr. Done It says, “Those in favor of stress testing this blue rabbit, say Yes!” The blue rabbit remark is a reference to the original creation of Sonic, who was a rabbit instead of a hedgehog at one point in development.

In episode 2, when the Chaos Council is recovering from the energy blast from Sonic, Dr. Don’t holds up his video game, which, if you saw it previously, was a Robotnik take on the classic Sonic games on Genesis. The game over screen has him laying in a spotlight, very similar to the original Sonic the Hedgehog game over screen.

In episode one, when confronting the Eggman-less robot, Sonic does a dance at 9:55 that is very similar to one of the victory dances Modern Sonic does after completing a level in Sonic Generations.

In episode 4, when Sonic is taking on the monster, he falls into a bunch of spikey vines. The noise that plays when he does this is the original sound from the Genesis games when you land on spike traps.

While this one may not necessarily be an Easter egg, we wanted to include it because it never is mentioned much anymore. While Sonic is always seen spin-dashing around, Tails and Knuckles were able to do that as well in the Genesis games. Sonic throws a couple of their variants in Sonic Prime, making them spin dash. They even include Tails’ tails sticking out of the ball, like in the original games.

The code to get into Tail’s workshop in normal Green Hill and in New Yoke City are both 1992, the year that Sonic the Hedgehog 2 was released. This is the first game that Tails appeared in.