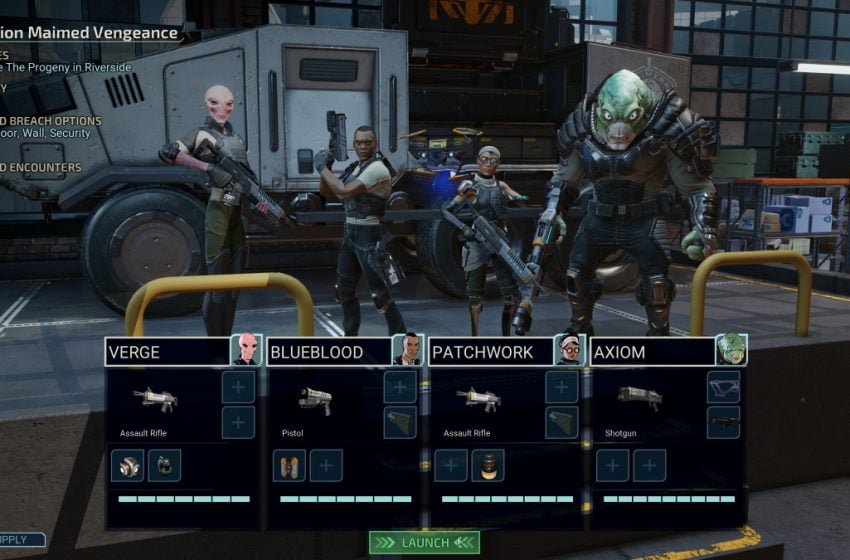 Unlike other XCOM titles, XCOM Chimera Squad features a distinct array of squad members you can choose to use on the various missions you have available in the game. None of these characters can die, but they can become wounded and have negative effects on going down. Because you have a limited selection of squad members, you want to think about which ones are capable of doing specific ability during combat, and what they excel at doing on the battlefield.

Blueblood is an excellent character to take with because of his ability to fire multiple shots at enemies. While he makes plenty of precise shots, you want to pair him with another character who can buff his aim and damage stats, such as Terminal or Patchwork, who increase the chances of someone hitting a target. You want to boost his aim as many as possible and make it easier for him to hit targets. You can also use him in bolder positions if you have characters protecting him, such as Cherub.

When you need to make sure your squad stays up, Terminal will always back your squad up. She’s the healer of the squad, and her drone provides plenty of opportunities for you to keep your members standing. Because she’s one of the few heals, outside of Verge, who can do it at a higher rank when enemies are in their neural network, you want to prioritize her healing above doing damage. It’s sometimes more important to keep a squad member standing than it is to take out an enemy.

When you see an obstacle in your way, Axiom will destroy it. He’s a muton, making him an expert in destroying large barriers and smashing everything in his path, and he deals a large amount of damage. His ability, Rage, is great when you have him a bit further away from the squad. It increases the chance of his melee attacks to disable targets he hits, but he can potentially go berserk. However, if you use Rage, and then Battering Ram, you can potentially cause enemies to panic, after smashing through a wall. It’s a good way to start an encounter, and scatter enemies for other foes. He pairs well with Cherub, who can buff him, and Terminal, who can apply armor at a higher rank.

If you lean more towards having your allies buffed than directly thwarting with the enemy, Shelter is a great option. He can maneuver your squadmates around by repositioning them or replacing himself with another enemy’s spot. You won’t want Shelter immediately in the front, but for those who prefer being a little creative with character movement, you will have a lot of fun using Shelter on your team.

When dealing with robotic enemies, Patchwork excels at causing them trouble. She can reprogram them, jolt them, cause them to go into statism, or stun a variety of targets that cluster too close together. She’s great if you can manage to push the enemies into a single area, and she can violently handle them, giving everyone on your team an edge. Additionally, she can provide an excellent crit buff when she breaches.

A great frontline tank when you want to have someone hold the line. Cherub is an excellent tank who can take a hit from enemies, but also buff allies around him by giving them a shield to protect them from damage. When he advances through the ranks, he can gain charges, which allow him to enhance his abilities. Additionally, he can rush forward and stun an enemy, knocking them out in a non-lethal manner and surge to the front if need be.

The one downside to Zephyr is also their biggest advantage, which is that they only use melee. Zephyr can only use their Pangolin Gauntlets, but they have a high degree of mobility. You want to use her coupled with Cherub, Shelter, or Axiom to back her up. If you place her at a chokepoint when she has the Lockdown ability, she can hit any enemy that rushes past her. She can also dodge attacks with her Parry ability, and she’s immune to roots, making her an ideal choice to rush to an objective or secure mobile enemies.