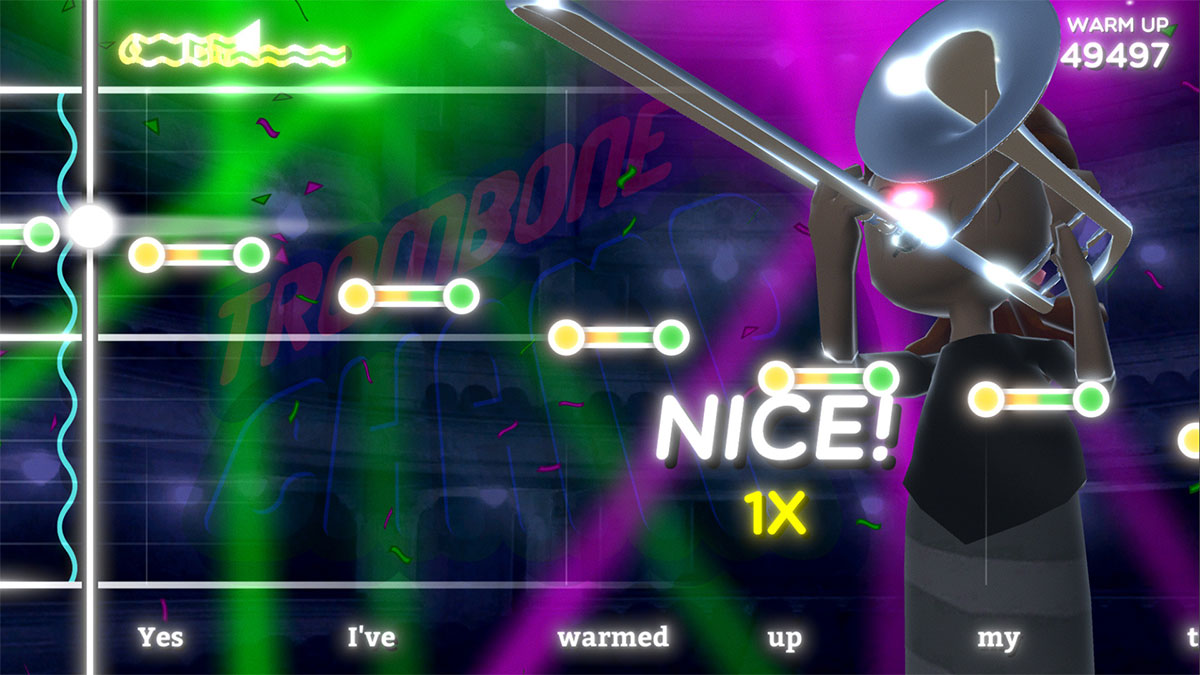 So you’ve beaten the almighty Trazom and created a new era of music. But you’re left with a feeling of wanting something more. Being the Trombone Champ just isn’t enough anymore. You need to toot harder, better, faster than any Trombone Champ has ever done before. Good thing there’s already a brimming scene of custom songs for you to snag up. Here are some of the best and funniest custom songs for Trombone Champ.

Not only is this a rather solidly composed chart that doesn’t give you Carpal Tunnel Syndrome just from looking at it, this particular version by Youtube user “Henry Zhou’s Texbook” takes it a step further by creating a custom animation that plays during the song in the background. Complete with Playstation era Sephiroth with a comically long trombone as a reference to his sword Masamune, this song is worth looking at.

“And I Will Always Love You” by Whitney Houston

Maybe doing covers on trombone of soul music classics should be a thing now? No? Still, this rendition of Whitney Houston’s hit single is a fun chart that mimics her signature vocalizations and scales throughout this song. Now playing a trombone may not be as emotional as actually singing this song, but the effort put into this cover deserves recognition.

Kazuma Kiryu’s karaoke smash hit never sounded so…brassy in this rendition. This rendition of the song from Yakuza 0 even includes a faithfully reconstructed bar as seen in the Sega game series, even with a couple meme Easter eggs in the background as well. Youtube user “VorgunTheBeta” has this custom track available for download on their channel.

The second opening theme to the incredibly popular anime Jojo’s Bizarre Adventure works out to be actually an enjoyable listen on trombone, believe it or not. Logically it makes sense since a lot of anime openings tend to use a brass section in their bands, so why not take it a step further? Maybe Holy Wow should reach out to the Japanese music industry and develop a pack of opening themes for us to download.

If a game about musical memes features a song that in of itself is a meme, do they cancel each other out? While the chart is a little on the speedy side, the note mapping for this song cover by Youtube user “rv” is on point. The quick transition from starting on the bass line to playing the lead instruments is subtle, but you never notice it blazing through this song as the pace the chart is at.

“In The End” by Linkin Park

It starts with one toot. Legendary alternative rock band Linkin Park has been used a meme just about anywhere there is an opportunity to, so why not go this far? Even the short notes during the rap verses are still easy enough to play on this custom chart. Come for the cover song, but stay for the absolutely wild background video.

The greatest game theme song lives on in this song chart by Youtube user “rv.” While not the smooth, velvety tones of original vocalist Cynthia Harrell, the trombone cover still gets the job done as the lead. While it would be interesting to see someone map out the original horn section composition, the silliness of replacing the vocals with a slightly out-of-tune brass instrument elevates this rendition to a whole other level.

“Tank!” by The Seatbelts

Hey a song that actually has trombones in it! The jazz opening to the classic anime has a rather challenging song for almost any instrument featured in the real band helmed by composer Yoko Kanno, but you’re going to have your work cut out for yourself. You will be playing both the main riff of the theme and the incredibly complex solo towards the end half of the song. Hope you practiced your breathing techniques, Champ.

The theme from “Seinfeld”

It’s the trombone chart about nothing. Surprisingly this cover of the 1990s sitcom theme on trombone works even with the incredibly tightly packed notes in some spots and going all over the place on the scale. Ironically this chart does not actually have you following the horn section but instead you’re playing the part of the bass guitar. Would the original composer Jonathan Wolff be impressed or not at the sheer audacity of this goofy rendition?

“Through the Fire and Flames” by DragonForce

The description for this chart has only one word: “SUFFER.” And this speed metal classic makes you do just that. If you thought trying to keep up with guitarist Herman Li in Guitar Hero was hard, try doing it on an instrument not even meant to do the things his guitar can. While not impossible, this seven minute romp will definitely challenge you.