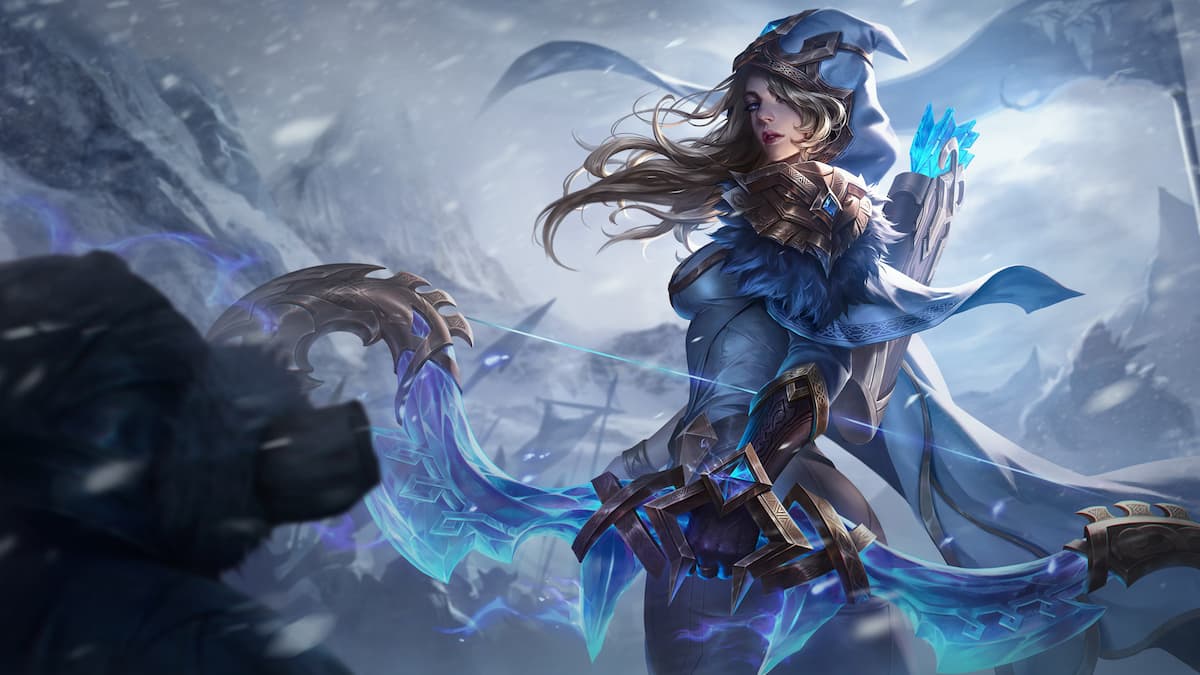 Ashe is one of the marksman champions having high physical damage and is usually played as a support in the Dragon Lane. Iceborn war mother of the Avarosan tribe, Ashe commands the most populous horde in the north. Stoic, intelligent, and idealistic, yet uncomfortable with her role as a leader, she taps into the ancestral magics of her lineage to wield a bow of True Ice.

With her people’s belief that she is the mythological hero Avarosa reincarnated, Ashe hopes to unify the Freljord once more by retaking their ancient, tribal lands. Being a marksman means that mobility is not that great, although Ashe can attack enemies from a safe range.

Ashe is available to purchase for 5,500 Blue Motes or 725 Wild Cores, and you can also get Ashe for free if you get any free champion chest, which can be obtained by completing various missions or through in-game events.

Ashe has one passive ability, three active abilities, and one ultimate ability that are listed down below:

There are a total of three skins available in League of Legends: Wild Rift for Ashe that can be purchased by spending Wild Cores.

Players can unlock the Freljord Ashe skin for 525 Wild Cores.

Grab the Queen Ashe skin in the game for 725 Wild Cores.

Marauder Ashe skin can be purchased by spending 525 Wild Cores.

We have listed the best Ashe Build Items which you can use in the Rift.

Ashe was a part of the champion roster from the beginning of the beta testing of League of Legends: Wild Rift. Now, as mentioned above, she doesn’t have high mobility, but if you want a champion with high physical damage and crowd control, then she is the one for you.

Not only this, Ashe has a low difficulty level making it easier for a beginner who wants to take the role of a marksman. Also, if you are new to the game and don’t know what to do, we have a separate guide specifically for beginners explaining the objective, champions, roles, monsters, gold, and other basics of League of Legends: Wild Rift.