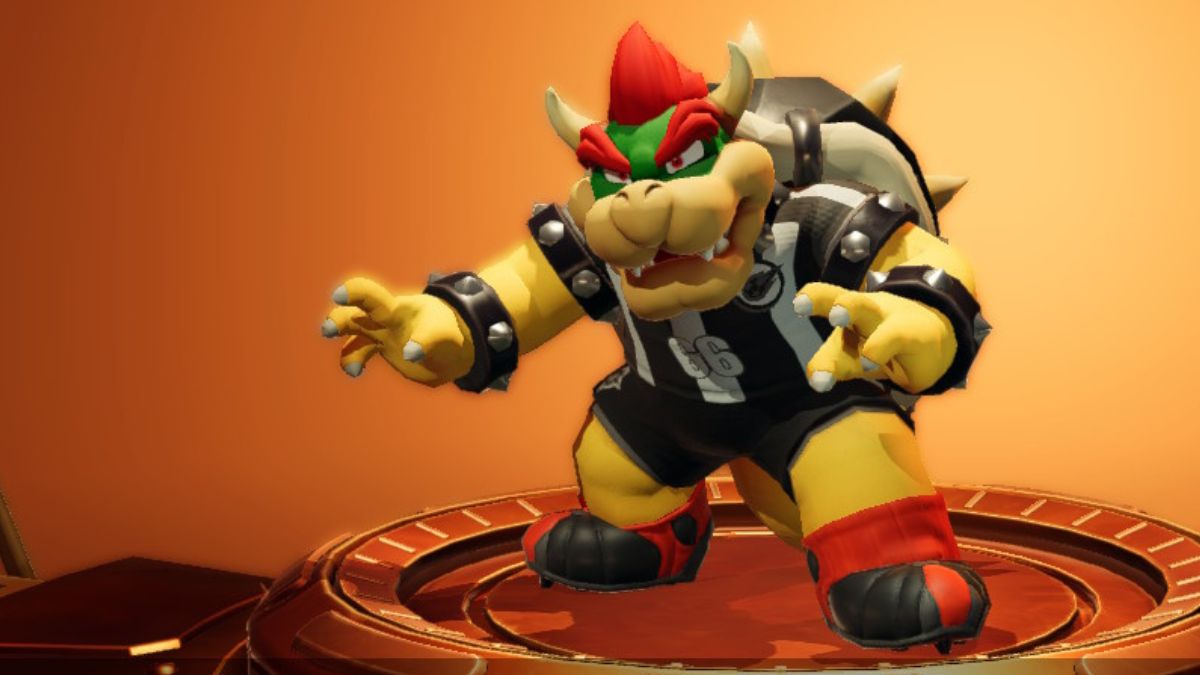 Bowser is perhaps the heaviest hitting character you can play as in Mario Strikers: Battle League. Alongside Rosalina, Bowser has one of the highest shooting attributes among all of the characters. Maybe you want to focus on Bowser’s brute strength and plow enemies out of the way, or maybe you want to mix things up and make Bowser more of a team player. The choice is yours.

Like other characters, you can make Bowser a pretty well-rounded individual that focuses on all of the attributes instead of just one or two. This build will have all of Bowser’s stats hovering around the 13 point mark with some of them being 11 and one of them being 15. You will need the following gear for this build:

Using gear from the Turbo and Trick sets will adjust Bowser’s stats to make him a better player on the field. You shouldn’t have any problems controlling him now. Watch out, he will be noticeably weaker.

Bowser can be surprisingly fast if you build him to be that way. While he will never be as fast as Peach, he will be able to move around the field and still pack a pretty big punch. The speed shooter build focuses on using Bowser’s strength, speed, and shooting attributes. You will need the following gear for this build.

That’s right, you are reading the list correctly. All you need to do is equip Bowser with the Turbo Gear set and it will boost his speed up to 17 while keeping both his strength and shooting at a modest 15 points.

Of course, Bowser wouldn’t be Bowser if there wasn’t a build to maximize his strength. This build also increases his shooting capability which means that you will launching Boom Boom into the goal. You will need the following gear for this build:

With the gear above, you will increase Bowser’s strength to 21 while also increasing his shooting skill to 19. Of course, this build will hurt his passing, speed, and technique skills. That is a small price to pay to be able to knock anyone out of your way.