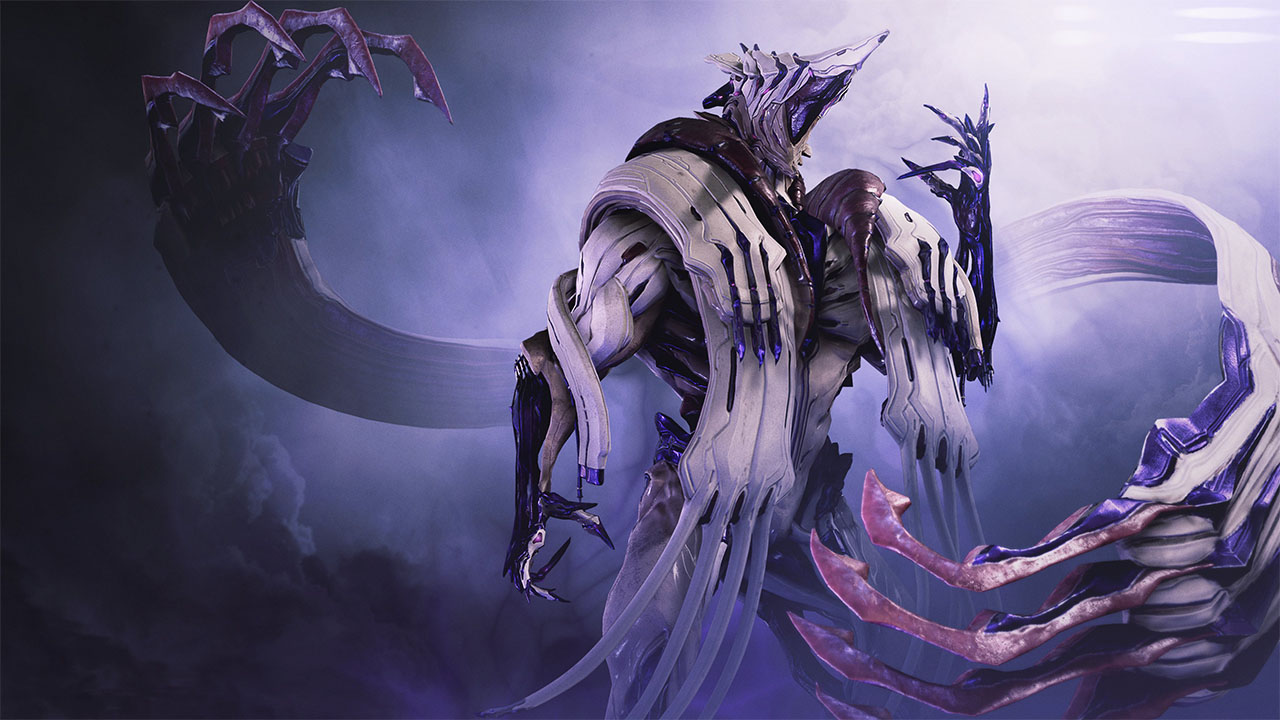 Sevagoth is an extremely fun and interesting Warframe to use, bundling enormous damage potential into his Shadow form. To really run through a build for Sevagoth, we must first have an understanding of his abilities and what he can do in the game.

Sevagoth’s passive is a literal lifesaver. When fatally injured, Sevagoth takes on his Shadowform, giving you a chance to collect the souls of dead enemies to revive yourself. A tombstone is left behind that players can also use to revive you.

Sevagoth is very interesting, having two sets of abilities. The first four work as normal, but when you use his ultimate ability you will gain access to three more that he can use in his Shadowform.

Sevagoth fires his Shadowform at enemies. Any enemy it passes through takes damage and is infected with shadowy tendrils that increase any follow-up damage. You can control the path of the Shadowform while it is in flight by moving your aiming reticle.

Sevagoth surrounds himself with a shadow wave, infecting nearby enemies and dealing damage over time. Reaping these enemies will cause area-of-effect damage.

Sevagoth summons a circle of darkness around himself. This is maintained from his energy, costing a set amount each second. Enemies are slowed, and allies will benefit from lifestyle by dealing damage.

Sevagoth can separate his soul from his physical form by collecting soul fragments from dead enemies and using his abilities. When enough soul fragments have been gathered, you can leave your body and become a Shadowform. You cannot use weapons and instead attack with large claws.

You also cannot use your other abilities, and must use your Shadowform abilities instead:

You actually need to come up with two completely separate builds for Sevagoth, one for him normal form, and one for his Shadow form. Because of his passive, we can largely ignore things like Adaptation in the build, focusing instead on ability power, range, and giving him a good energy pool to work from.

As you can see, the build really reduces energy drain because it will important to constantly be able to spam abilities and keep his second ability up at all times. For Arcanes, Energize is a must, with the second slot being largely down to player choice.

If you wanted, you could go with a tanky health build, some Rage to get back energy, and Adaptation, but it’s not necessary thanks to the passive.

For the Shadow, you want to emphasis potential melee damage with his claws over everything else, but still keep good up times on his abilities.

After that, it becomes a matter of player choice, some may like addition ability power to up the melee damage, while others might prefer more ability range to hit more enemies at once.