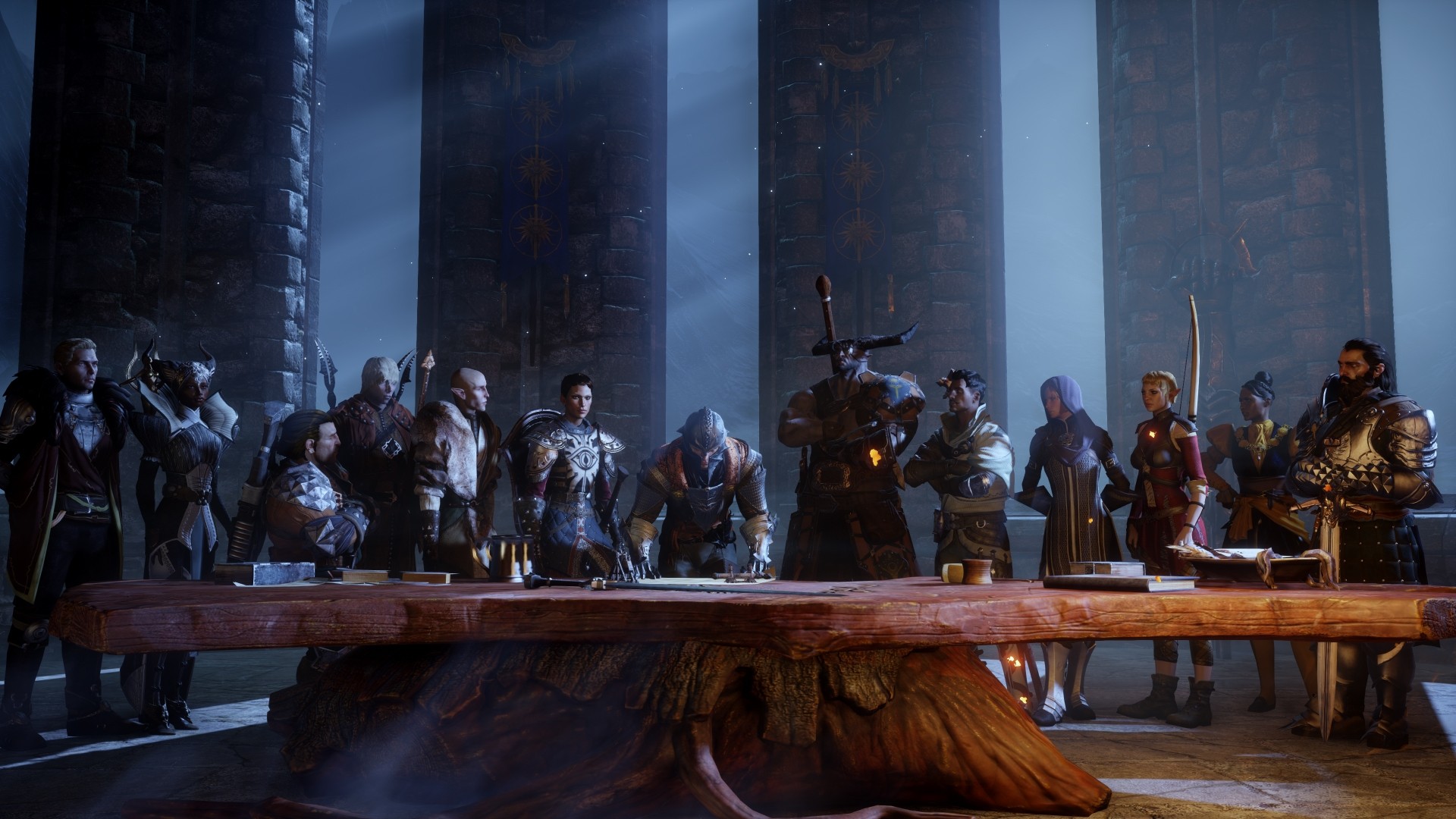 Dragon Age Inquisition is generally considered a big step up from the flawed environments and rushed story of Dragon Age II, with a more balanced choice of classes than in the original Dragon Age: Origins. Like in previous entries, there are three base classes to choose from in Inquisition, each with a trio of subclasses that allow players to match their playstyle more closely. Choosing the right class can massively impact how players approach combat and how characters interact with the Inquisitor.

The best classes to play in Dragon Age: Inquisition

One of the biggest criticisms of Origins was that playing as a class other than a mage offered significantly more fun options in combat than the other classes. That is less the case in Dragon Age: Inquisition. The three main classes in the game, Warrior, Rogue, and Mage, offer fun combat options. Once you complete the In Your Heart Shall Burn quest, your Inquisitor will get the chance to specialize into a chosen subclass further.

Warriors in Dragon Age: Inquisition offer the best health and can wear any armor in the game. They can either deliver powerful, sweeping blows with two-handed weapons or focus on defense with a weapon and shield build. You must have at least one Warrior in your party as they are your only good option for tank builds, generating Guard to prevent damage.

In the rare instances where your Inquisitor is forced to fight on their own in the game, Warriors offer the best survivability, but playing a weapon and shield Warrior lacks many of the flashy skills that other classes have. This is one of the easiest classes to play, leaning toward direct, aggressive tactics, and is a good fit for players who want to charge directly into battle.

The Warrior subclasses are:

The other non-magical class in Dragon Age: Inquisition is the Rogue, which offers players the chance to deal devastating damage either in melee or with ranged attacks. They have high mobility, disappearing and reappearing just in time to attack enemies from behind. Rogues benefit from attacking enemies already engaged with allies, relying on warriors to tank damage.

Rogues have lower health than warriors, so they require a bit more tactical thinking than their more brutish counterparts. What they lack in durability, they make up for in their ability to deal heavy damage and slip out of combat quickly. Players who choose to play a Rogue can either specialize in two dagger fighting or archery builds. Both have their strengths, though bows don’t offer nearly the same damage output as double dagger skills. You need a rogue in the party, not just for their damage output but because they can open locked chests found on the map.

The Rogue subclasses are:

The bulk of the conflict in Dragon Age: Inquisition surrounds what to do with the mages who have broken free from the Templars’ control, so playing one gives the player the most latitude to impact the story and to control combat. They are the class that requires the most tactical planning, as many spells can harm friend and foe, depending on the difficulty level.

Mages won’t do you any favors during the portions of the game where the Inquisitor travels alone. Their lack of armor and low health makes them the most fragile of classes. However, with a tank in the party to take the attention away from them, Mages off the most fun options in combat. From raining fire from above to locking enemy’s minds in cages of torment to buffing and healing the rest of the party, you need at least one Mage in your party if you want to save the world.

The Mage subclasses are:

While Dragon Age: Inquisition is largely a stable game, there are times when it gives players a black screen error. If that happens, we have everything you need to know to sort it out.