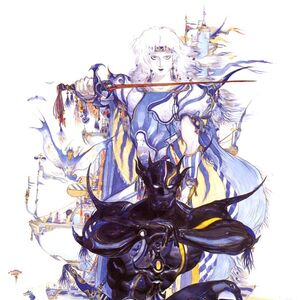 Final Fantasy is a much-beloved game series, and for a good reason. No matter who you are, there’s probably something in the infinitely diverse worlds Final Fantasy that appeals to you, and your favorites might not be the same as others.

So today, I’m going to go over my favorites of the series and give a little glimpse into why I like each one. First, though, some ground rules: this is for number, mainline entries only. There are an almost uncountable number of spinoffs and pseudo-entries that would make this a bizarre list if I allowed them. So, don’t go expecting to see Disgaea, Tactics, or other entries here; otherwise, half the list would be me gushing about Kingdom Hearts and the Sa Ga series games they ported over here as “Final Fantasy Legend” games.

One final exception: Final Fantasy XI, sadly, does not have a place on this list. I never played it, so I can’t believe in good conscience rank it. I hear it was good, though.

X holds a special place in my heart as the first Final Fantasy game I ever completed (not counting the Gameboy ports of other franchises mentioned above). Even now I think there’s a lot to love about X. The shifting initiative system, the emotional (though often misunderstood) story and well-developed characters, and the music, which I still rank among the best in the series.

XII might be a bit of a controversial pick, as it’s something of a “love it or hate it” kind of game. I’m one of the former (Dark Souls II is also the best Souls game, fight me), though I can see why people don’t like it.

It’s a little long and can be tedious, and some parts are downright cruel: like the save crystal that comes to life and kills you after a long and grueling trek through one of the most challenging areas. However, I like the characters; the plot is a refreshing breath of fresh air for the franchise, being a bit more political than usual. The world is fascinating, and the gameplay is quite good, hearkening back to the Active Time Battle system that defined older entries.

I can’t in good conscience defend the License system, though.

While from a time when Final Fantasy plots were still a bit basic, I find that of the older games, the plot of IV resonates with me. Cecil is such a fascinating character, and I’m a sucker for redemption plots. This also has some of the most iconic moments in the franchise, for better or worse, given some of them are the result of poor (but amusing) localization.

The gameplay is pretty standard for games I through VI, though still quite enjoyable as well. Plus, you go to the moon. What’s not to like?

XIV is the only MMO that’s ever held my attention for more than a week, so I think that’s praise enough. The gameplay is reminiscent of a slightly more action-y XII, the customization is on point, and most of the classes are quite fun.

The only issue is the plot, pre-expansions. A Realm Reborn is just a slightly gussied up rehash of the first game’s “gather all the shinies” plot. Also, there is an egregious slog at the end of it before you get to experience Heavensward that I imagine is the cause of more lapsed subscriptions than anything else in the game.

But if you can chug past it (maybe taking breaks for a bit in between sessi0ons of regular play), it’s a great game.

VII is most people’s favorite game, I think, in large part due to nostalgia. It’s undoubtedly good, but I think you needed to experience it when it was revolutionary to get the full impact. By the time I played VII, I was already a man, and the shocking twists and turns had all been spoiled for me.

Still, despite all that, I enjoyed the game, and it still has probably the best combat system in the entire franchise. Don’t take the middle of the pack ranking as a snub; the game still holds up surprisingly well despite its age.

IX is a game that suffered for the time of its release, being an awkward transitional game that was released as a Playstation game…months after the release of the Playstation 2. Even on release, it felt a bit dated, made up for by its more cartoony style. It was also a bit of a throwback game.

As a result, while it was critically well-received, I feel like a lot of people skipped out on IX for various reasons, which was a shame. It had a great cast of colorful characters, fun combat, and an excellent villain. Plus, it’s one of the few indeed “fantasy” Final Fantasy games, as the series has been more skewed toward technologically advanced settings since VII changed the landscape of the series.

VI was one of the darker entries in the series, and also one of the most beloved. Unlike VII, I played it a bit earlier, but I never connected with it as much as some other people. Still, it had a killer soundtrack, one of the most iconic villains in all of JRPG-dom, and some excellent moments. It’s just that the bits between those moments didn’t ever stick with me; I don’t remember most of the game.

This is, in my opinion, the first “real” Final Fantasy game. It’s what adds most of the iconic features that other, better entries build and improve on, and for that, it gets my stamp of approval. As a game itself though…it’s fine enough, and not much else to say.

Much like VI, I don’t remember most of V. V takes this spot largely because of that; it was a fairly standard Final Fantasy game for the time, not particularly good, but not particularly bad either.

There not a ton I like about VIII. I dislike Squall. I’m not a huge fan of most of his other supporting cast either, though Setzer has a great aesthetic, and I’m a sucker for the Gambler job. The plot is a bit too twee for my taste, even for a Final Fantasy title, and the ending is…not my favorite.

I hear it got fixed (somewhat) later, but I was never interested in giving it another shot.

Jokes about being overly linear and Lightning just being Cloud again aside, my main issues with this game begin and end with its setting. It feels almost like a parody of Final Fantasy setting-wise, and I could never get into it. The combat system is…interesting, though, at least.

Final Fantasy I and II

These are effectively the same game if we’re honest; anything said about one could be said about the others. In terms of influence, these are, of course, at the top. In terms of quality, in hindsight, they haven’t aged as well as most other games in the series.

Hopefully, this list isn’t too out of whack for most people; as mentioned, this is my own opinion about the franchise, and everyone else is free to agree or disagree as they will.