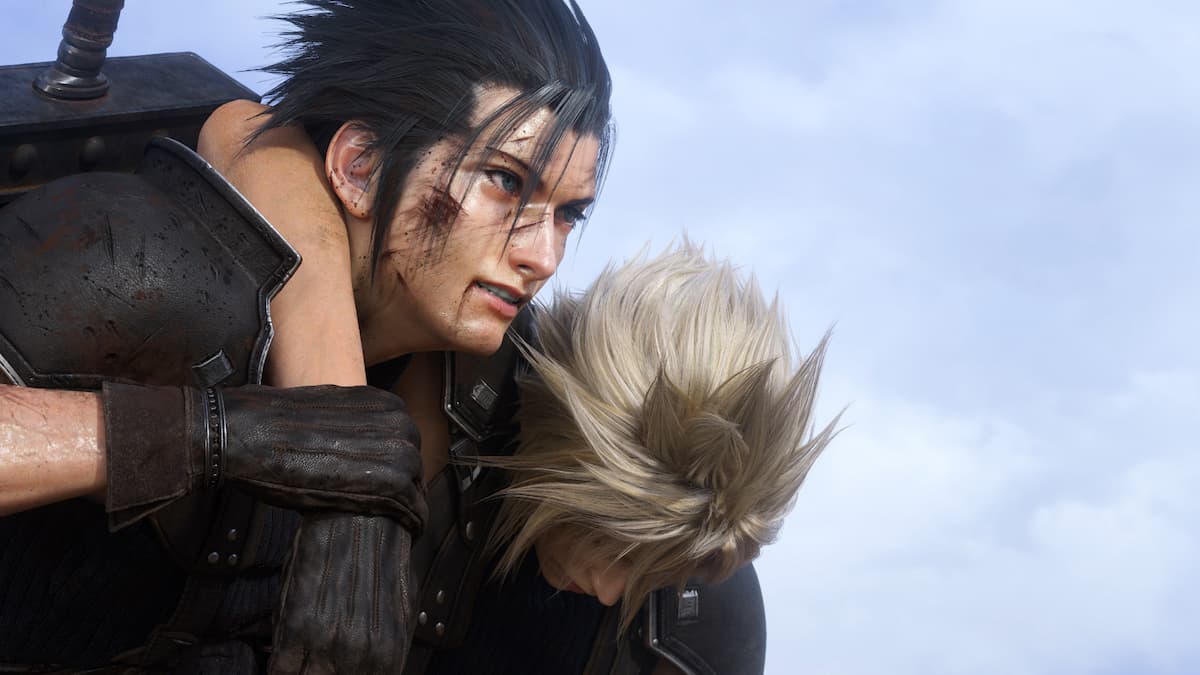 Final Fantasy VII Remake part 2, officially titled Rebirth, was officially revealed at the Final Fantasy VII 25th Anniversary Celebration livestream. The game is releasing next “Winter,” which could line up around late 2023 or early 2024, and will be exclusive to the Playstation 5. In the trailer, we hear Aerith speaking about how the future is not inevitable, but the past remains the past, hinting that the fate-changing events of the first title will have major repercussions on the events of the story fans remember from the 1997 original.

In the trailer, we get a quick look at what is in store as it shows off the open world and plenty of juicy story beats.

Sephiroth is back, and he seems to be journeying alongside Cloud and the party, either as a presence in Cloud’s consciousness or part of the Nibelheim flashback. We also hear dialog from Tifa questioning whether Cloud considers her to be fake, or dead. This dialog likely comes from the Northern Crater section of the narrative, where Sephiroth uses everything he has to push Cloud to the brink of collapse and beyond. It might also be Cloud questioning the reality of the Remake world, as in the first game he has flashes of events from the original game that sends his mind into a tailspin long before it otherwise would have.

Zack, Cloud’s friend from years past, also features prominently, dragging an unconscious Cloud toward Midgar. This also hints at the events of Rebirth being a rewriting of the game fans remember from 1997. At one point in the trailer, a caption asks, “What is fact and what is fiction?” possibly implying the game will play with expectations outside of how the first Remake title did. We also see white feathers falling from around Cloud and Zack. Sephiroth’s one-winged feathers are black, so these could belong to Angeal or Genesis from Crisis Core, or some other character entirely.

The open world showcased was massive, filled with high-quality assets, beautiful vistas, and the epic environments players expect from the franchise. We weren’t shown much combat, HUD, or other in-game elements, beyond a compass at the top of the screen and a familiar command menu at the bottom left. We received little information about any other parts of the game.

Finally, we learned that Final Fantasy VII Rebirth is part two of a three-part trilogy, with the title of the third game left under wraps for now. We’ll hopefully continue to learn more next year or in early 2024.