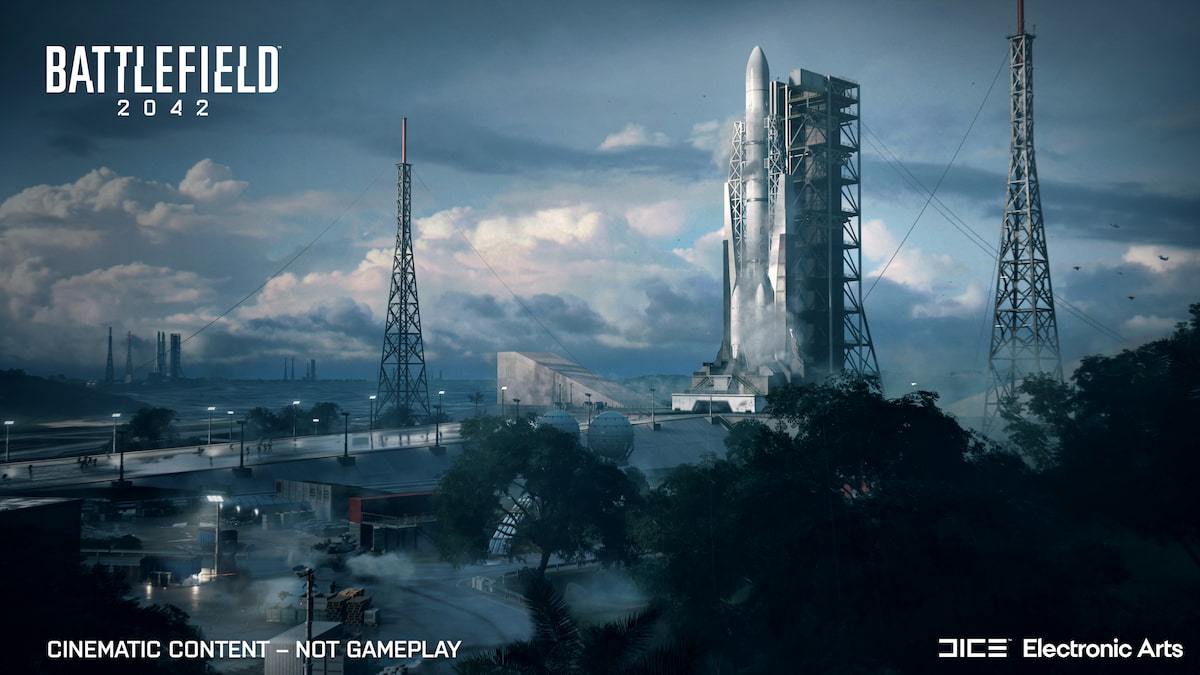 The LCMG is the light machine gun Battlefield 2042 players will have access to in the beta. Unlike some of the other weapons, which require more special planning around the various attachments’ strengths and weaknesses, the LCMG is straightforward.

This is what the LCMG’s stats look like with this set-up:

By comparison, these are the LCMG’s base stats:

We only took a two-point decrease to handling, which most players won’t notice stacked up to the combined range and accuracy benefits. The Anti-Material Rounds stock drops handling by another five points, but it’s also only meant for dealing damage to vehicles.

The LCMG pairs well with either Assault or Engineer specialists depending on the player’s preferred playstyle. The Assault specialist’s grappling hook can be used to close the distance and get into the thick of action meanwhile its passive helps partially mitigate the weapon’s added heaviness.

With the Engineer, on the other hand, LCMG players will focus more on holding positions rather than attacking them. The LCMG combined with a turret makes for a formidable line of defense. If other players happen to throw down their own turrets, the Engineer’s passive makes them deal more damage.

The standard Engineer package comes with a Recoilless M5 by default in the gadget slot. We recommend replacing it with the FXM-33 AA Missile for most players because of its lock-on targeting. The Recoilless M5 is the better option for more skilled players as they won’t be beholden to a targeting system that can be broken out of by those on the receiving end. Keep in mind that the FXM only fires against aircraft.