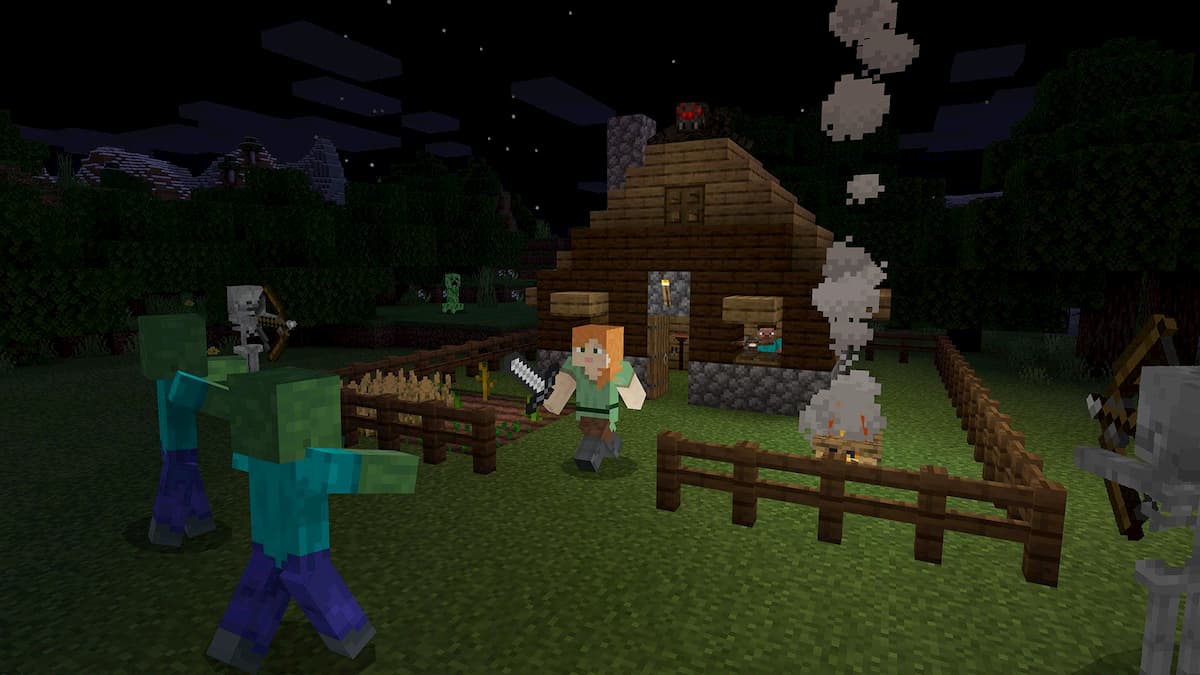 Traps in Minecraft are useful tools for dealing with pesky mobs or intrusive players. They can be used to either capture or kill your prey or protect any valuable goods that you may want to keep hidden from prying eyes. There are many different types of traps, from explosives to water to lava. Of all of these different methods, here are some of the best, and easiest, traps to make in Minecraft.

This is a simple trap but it is guaranteed to do serious damage. Place TNT underneath a long hallway. At the end of a hall, place a pressure plate behind a doorway. Once the player steps on the pressure plate the timer for the TNT will start, naturally a player will attempt to run away but since the dynamite covers the entire distance of the hallway, there is no way they will escape the explosion. This is meant to prey on players who will rush around buildings while attempting to steal loot.

Dig a hole 2 blocks wide and roughly 30 blocks deep, or enough to deal lethal fall damage. At the bottom place either blue stained glass or blue wool. This will give the illusion that this is water and is safe to jump down. Another addition to make it more believable is to create a doorway to nothing, creating the idea that there is loot or a hidden room down there. When a player jumps down to investigate they will end up falling to their death.

Simple but effective, a push trap’s goal is to push your target into a pit or lava. You can create a push trap by connecting a pressure plate to a piston. Once the target steps on the plate the piston will push whoever is standing in a specific location. Put that trap next to lava and any intruder should face the music.

Pistons tend to be a bit obvious as traps go, this is why players can opt to use the snowball knockback trap instead. This follows the same basic principle as the piston push except rather than a pressure plate being connected to a piston, a tripwire will activate a dispenser that fires a snowball at the player. This will knock them in the direction it was thrown, and if it works as intended, right into their demise.

Dig a hole 3 blocks deep, placing lava at the bottom. Place spider webs (collected by using shears) on the remaining 2 blocks in the hole, any player who steps onto this will be stuck and fall down into the lava without being able to escape. Place it right after a door to hide it more effectively. While it isn’t the most secretive trap, the Evil Monologue Trap lets players really savor the moment as their victim descends into a lava death.