Advancing to the stars and taking over the galaxy doesn’t happen overnight. In Stellaris, it takes dedication, progressive initiatives, and steadfast skills to handle a complicated Empire as it expands outwards towards the unknown. It can take generations of your people to amass in the stars, but you can add a bit more creativity to your expansive strategy game adventure with mods. The mod community for Stellaris has been alive and well for years. We’ve found some of the best options available to you to make your journey in the game a little bit different.

For those who want planets to have a particular focus, the Dedicated Worlds mod created by LastLeviathan allows you to pick from nine separate choices of a unique focus your worlds. You can one location entirely dedicated to agriculture, feeding your empire, while another colony supplies the lucrative mining trade and ores you need to fuel your fleets and expand your coffers. It’s a useful way to ensure every settlement is running at peak efficiency, and no one slacks off.

The Extra Ship Components mod adds a variety of new armor, shields, and weapons that you can equip to ships to make them even more deadly. These weapons are capable of devastating your opponents, making it that much more easier to keep other empires in control at your borders. You’ll spend a bit more time modifying your ships to make unique builds, giving you the opportunity to have several customized ships in your fleet.

The citizens of your empire may eventually want to expand out on their own. With the Fatherland: Colonial Empires, colonies have a chance to develop from an empire and break off on their own. These rogue colonies can happen because the citizens want to explore the stars, they’re not happy with the leaders, a rogue A.I could develop, or even a slave revolt might happen. There are 10 types of rogue colonies that can develop, and once they break off, you have the chance to play as them to see if you can make it in the big galaxy.

When you can’t take a particular planet anymore, it’s time to get rid of it. One of the effective ways you can do that is with the Glassing Mod created by Flood Popcorn. Essentially, instead of sending ground forces to conquer a planet, you can choose to glass or have it nuked from orbit following a successful bombardment. It’s an effective method to quell an adversary’s planet without having to waste resources taking it over. Each choice comes with consequences, though.

Have you wanted your space battles to look a little bit better when you zoom in? The Improved Space Battles mod created by Ankain gives you a variety of improved graphics and additional gameplay options when duking it out against your latest adversary. The drive behind the mod was to make the mid-to-late game a better experience for players. Rather than watching a barrage of missiles twirl through the air, you can watch your well-trained soldiers fight back against any foe attempt to impede on the greatness of your empire.

A tragic beginning to any Stellaris game typically happens when you realize how many other empires also started near you. These empires can force you to expand to one part of the galaxy, cutting you off from the rest of it. If you’re not careful, they’ll prevent you from expanding at all, forcing you to pick between thriving with your limited space, or going to war. The No Clustered Starts ensures every empire in the galaxy you’re playing in does not have this problem, and everyone is a good distance away from each other.

If you’re tired of finding the same desert planet repeatedly, it’s time to try something new. The Planetary Diversity mod created by Lex Peregrine, Gatekeeper, and Markey612 features a variety of unique worlds your settlers can build a colony on to start somewhere new. It retains the same essential wet, dry, or cold aspects of the original, but adds 11 diverse choices for each category, rather than the standard three the base Stellaris game has. Your empire even has the opportunity to discover rare ones that have useful bonuses for colonizing one them.

What’s a fantastic space strategy game without introducing lightsabers? The SW: Fallen Empire mod, created by various authors, gives you the chance to play as one of your favorite canonical Star Wars factions and attempt to take over the galaxy. Even the galaxy looks like the Star Wars one, with the iconic locations of Tatooine, Coruscant, Korriban, and many more. You can choose to start in the correct locations, with the correct sizes and feuds, or have everyone start at their location with absolutely nothing but a single planet to their name. There are new ship designs, character appearances, lore-accurate Star Wars dig sites and events, relics, new civics, and much more. It’s a massive overhaul of the original game, and it’s fun for every returning Stellaris player.

Stellaris has a lot of information that you sometimes have to dig around in the menu for a second or two to locate the correct details you want. Those who expand your empire to multiple planets likely run into the trouble with this, having to manage several governments and different sized fleets patrolling your galaxy. With the help of the UI Overhaul mod created by Maple, Orion, and Tyrus, you should be able to see a lot more information on your screen at 1080p without having to scroll.

What Does This Tech Unlock (WDTTU)

This mod is a helpful reminder for whatever technology you’re about to research in the game. Rather than looking up the technology tree to research what a tech card unlocks, a prompt comes up showing you what it does, providing you all of the information in a simple dropdown menu. This mod is called What Does This Tech Unlock, uploaded by tcmdan, and it should prove helpful even for the most veteran of Stellaris players. 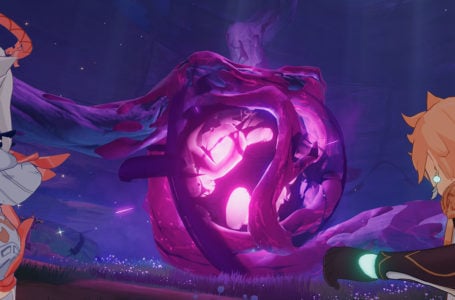 Is Jurassic World Evolution 2 releasing on Xbox or PlayStation?