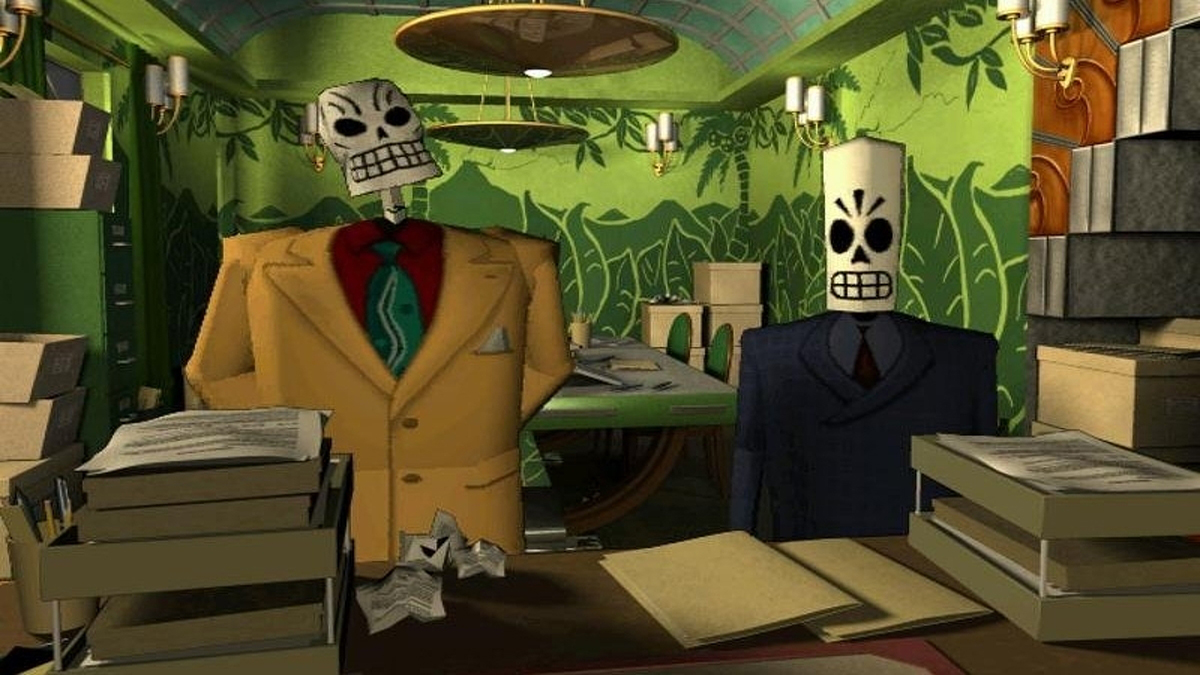 Point and click adventure games are not nearly as present in the gaming industry as they once were, but that doesn’t mean there is no passionate group of people who still love them. They are well known for providing unforgettable stories, jokes, and laughs for days, and of course, the obscure puzzle that requires you to try everything before you finally get it. While those moments can be frustrating, we still love this genre. Here is a quick look at ten of the best point and click adventure games ever.

Broken Sword: The Shadow of the Templar

The Broken Sword series started on a very strong point in 1996. You play as George Stobbart as he attempts to unravel a conspiracy in Paris. People loved many aspects of the game, including the story, voice acting, and art direction. Even with a notorious goat situation, the puzzles were rather positively received as well. What is impressive with the first Broken Sword game is the excellent sales the title saw on the first PlayStation when adventure games only saw success on computers.

Day of the Tentacle

This list could have easily been made into a “Best LucasArts games” article with the numerous brilliant additions that the studio made to the point and click genre. Day of the Tentacle was initially released in 1993 and was one of the first projects Tim Schafer was a leader on. It focused on tentacles taking over the world after getting into sewage and growing arms. You play as a group of kids who use a time machine to go back in time and stop the tentacles from becoming too powerful. The cartoon style and comedy received great acclaim when it first released and have helped this remain one of the most popular point and click games of all time.

Full Throttle takes the usual happy-go-lucky themes of LucasArts games and runs them over with a motorcycle. The story follows Ben, the leader of a motorcycle gang framed for murder. The actual murderer (played by Mark Hamill) is trying to take over a motorcycle company and produce mini-vans instead of bikes. Ben’s journey is to clear his and the gang’s name. Overall, the game is widely beloved for its voice acting and music, but the overall story is an absolute thrill ride from start to finish.

Grim Fandango follows Manny Calavera, a struggling salesman who works for the Department of Death. The DoD is a business that, as a group, works as the Grim Reaper and gives recently deceased souls travel packages to their final resting place. Should a soul have lived an unvirtuous life, they will have to travel for four years before they see rest. The story and 3D animation were a big step for LucasArts at the time, and the game saw critical praise for its humor, but for whatever reason failed financially when it was first released in 1998. Despite its original failure, it is considered one of the greatest games ever made.

Made by Sierra Entertainment, King’s Quest VI was released in 1992 and is widely regarded as the best the series ever got. The game stars Prince Alexander in his journey to save Princess Cassima in the Land of the Green Isles. Not commonly done at the time, the game also supported multiple endings, pushing the title’s replayability.

Maniac Mansion is the 1987 predecessor to Day of the Tentacle and sees a teenager named Dave trying to save his girlfriend from a mad scientist. Throughout the game, you will play as Dave and choose two of his six friends as they venture through the scientist’s house. Maniac Mansion was revolutionary in games, being one of the first-ever to use cutscenes. Its user interface helped propel point and click adventure games into the spotlight through the 80s and 90s.

After positive fan reception in some LucasArts comic strips, Sam and Max made their video game debut in 1993. The two are freelance police who are chasing down a runaway Bigfoot and giraffe-necked girl for a carnival. The game’s cartoony humor and the story of the trip across America hold up even today, and Sam & Max still receive games now and then, with a virtual reality title releasing in 2021. The difference between them and other adventure game characters is that, even though they are jerks, people care about them and want to see how they react in their crazy situations.

The Secret of Monkey Island

The adventures of Guybrush Threepwood will always live on as some of the most iconic works from LucasArts. In the first game released in 1990, the wannabe pirate overcomes trials and comes into contact with the legendary Captain LeChuck’s ghost. All of the classic beats of an entertaining story, wacky puzzles, and interesting characters make an appearance here and in the games that would follow.

Releasing in 1991, the fourth Space Quest game has Roger Wilco, the janitor/space captain, travels through various games in the series, both in the past and future. The excellent classic writing seen in other Space Quest games was at an all-time high here with great references and fourth-wall-breaking humor. This one of the first video games ever to use motion capture animation and was so successful it sold more than all three previous Space Quest games combined.

The most recent game on this list, Thimbleweed Park, was a Kickstarter success made by former LucasArts developers and released in 2017. As an FBI agent, you begin the game investigating a small-town murder before taking over a clown cursed never to take off his makeup, a computer programmer, and more. The combination of the game’s story and graphics is a perfect call back to LucasArts at the top of their game.