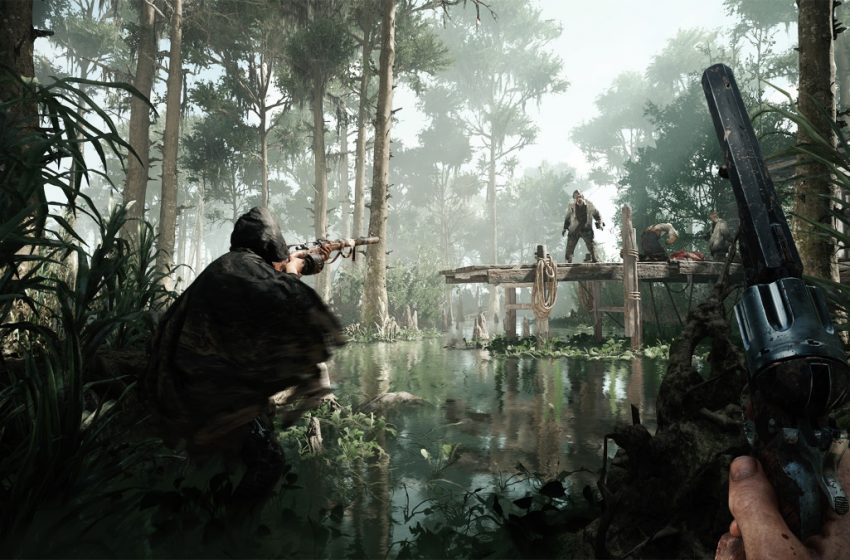 Hunt: Showdown focuses on players not only having to worry about the army of supernatural creatures they have to fight through to get to their prey but of other players wandering around the map also after the same prize. You have to focus on how much noise you’re making, how you’re advancing on the map, and what you can hear around you. Perception is everything, but a trusty weapon is even more useful. You have an array of primary weapons to choose from to take with you, and these are some of the best to carry with you.

Of the weapons on this list, the Winfield provides the most versatility. Traditionally, it’s a medium to long-range weapon depending on with a decent magazine you can quickly reload when you start to run low. There are several variants of the weapon you can unlock: the Aperture, Swift, Talon, Marksman, and a version with a silencer. You can also grab the Winfield M1873, which has a larger magazine than its M1873C counterpart. The first one you unlock, the M1873C, is an excellent way to start Hunt: Showdown because of how useful it is in almost any range of combat. It’s not the best at close range, but you can make it work with enough distance between you and your foe.

The Crossbow is a unique weapon. It’s a large piece of equipment that keeps you remaining silent, but it also takes forever to reload. You have a handful of variants available to you: One with explosive bolts and another with Shotbolts, which fires out bolts covered in shotgun shells. If you’re looking to remain silent, it’s a great weapon, but it takes up a primary weapon slot. If you want to focus on using a crossbow for a weapon in combat because of how silent it can be, you may want to grab a Hunter with the Quartermaster trait to let them carry a hand crossbow. It works similarly to the larger version, but it’s a medium-sized weapon. With Quartermaster, you can bring a primary weapon and a medium-sized one in your alternative slot. The hand crossbow has a poison variant, which is ideal for almost any encounter.

For those looking for a shotgun to deal up close damage and make an opponent’s life difficult, the Caldwell Rival 78 is a great choice. It causes rending damage upon impact, and if your foe is engaging you in close range combat, they won’t stand too much of a chance against you. There’s a smaller, handcannon variation that is a medium weapon. Both of these weapons only have two shots available before you need to reload it, which is slow, so you may want to have a quicker, decent ranged weapon as your sidearm. Additionally, if your character has the Quartermaster trait, the Caldwell handcannon variation is a good option for your secondary weapon. Both of these weapons cause rending damage.

For Hunt: Showdown players who prefer to remain fair away from their prey, the Sparks LRR is a great weapon to aim down sights. It’s a powerful weapon that’s capable of doing damage from an extreme range. However, it’s a single-shot weapon, so after you fired a shot, you need to reload it, which can take a few seconds and render your vulnerable if you miss. It comes in variants with a silencer and a sniper version that has a scope to make aiming down sights infinitely easier. If you use the Sparks as a primary weapon, try to have a rapid-fire pistol like the Caldwell Conversion or the Dolch 96. The Sparks is an excellent long-range weapon, but it lacks in close range combat. A good revolved, like the Caldwell Pax or the LeMat Mark II Revolver, never hurt to have on the side, too.

Unlike the Caldwell Rival 78, the Specter 1882 is a pump-action shotgun capable of holding five shells inside of it. If you’re looking for an all-around shotgun to deal with any incoming menace, the Specter is an excellent choice, and much like the Caldwell, it causes rending damage as well. For those who prefer not to waste any ammunition on NPCs coming at you in close range, there’s a Specter variant with a bayonet attached to it, giving it more melee damage. Alternatively, there is a smaller medium-sized version available that has a broader spread, but the range goes down significantly. You want to rely on that version if you’re interested in keeping close to your targets at all times, firing only when you want to make noise. The Specter is a great shotgun and stands out among the other shotgun choices in Hunt: Showdown.