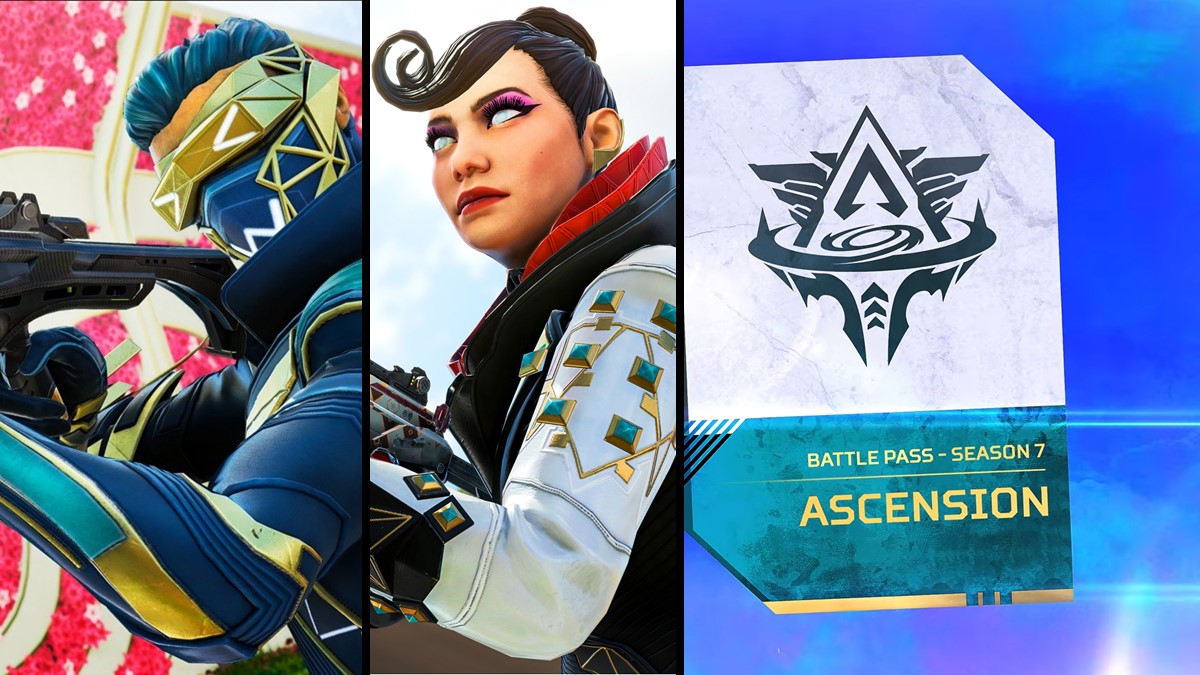 Season 7 of Apex Legends is kicking things off with a new star-based Battle Pass leveling system and a new premium Battle Pass full of killer cosmetics and rewards, including a skin for Horizon.

Even though how to level up the Battle Pass is changing, the content output is pretty consistent in terms of numbers. The premium Battle Pass still has 1000 premium currency and 1200 crafting metals, but there is a change to XP boosts. These boosts will now only make it easier to receive stars for your Battle Pass and no longer make your player level rise faster.

While not every item on the premium Battle Pass is the next best thing, there is a good chunk of flashy cosmetics that will make it hard to turn this down. Here is the best of what the Season 7: Ascension Battle Pass has to offer.

With the basic Battle Pass this season, you get five Apex Packs. The premium, as always, will give you seven more. This brings the total to 12 packs. Two of the premium packs will be a higher guaranteed rarity tier: One epic (level 97) and one legendary (level 5).

Season 7, like usual, has five new premium-only skins. Three rare skins that you get just for buying in, and two legendary skins: one earned at level 25 and one at level 50. The Legendary Octane skin is by far our favorite.

Holo-Sprays were introduced last season, and they are here to stay. Here is a look at all of the new Holo-Sprays for this season’s Battle Pass.

I Got Ya Beat (Lifeline)

This season has some sleek and flashy gun charms and weapon skins, and some really cash in on the season’s gold theme. Here are the ones that caught our eye the most.

Some of the cosmetics on the Battle Pass don’t fit into any of the other categories. Here is a look at the best of the smaller categories that Season 7 has for us.

Are you excited for the new Battle Pass system? Is the high fashion gold theme speaking to you? Are you buying into Season: 7 Ascension? The choice is yours to make.