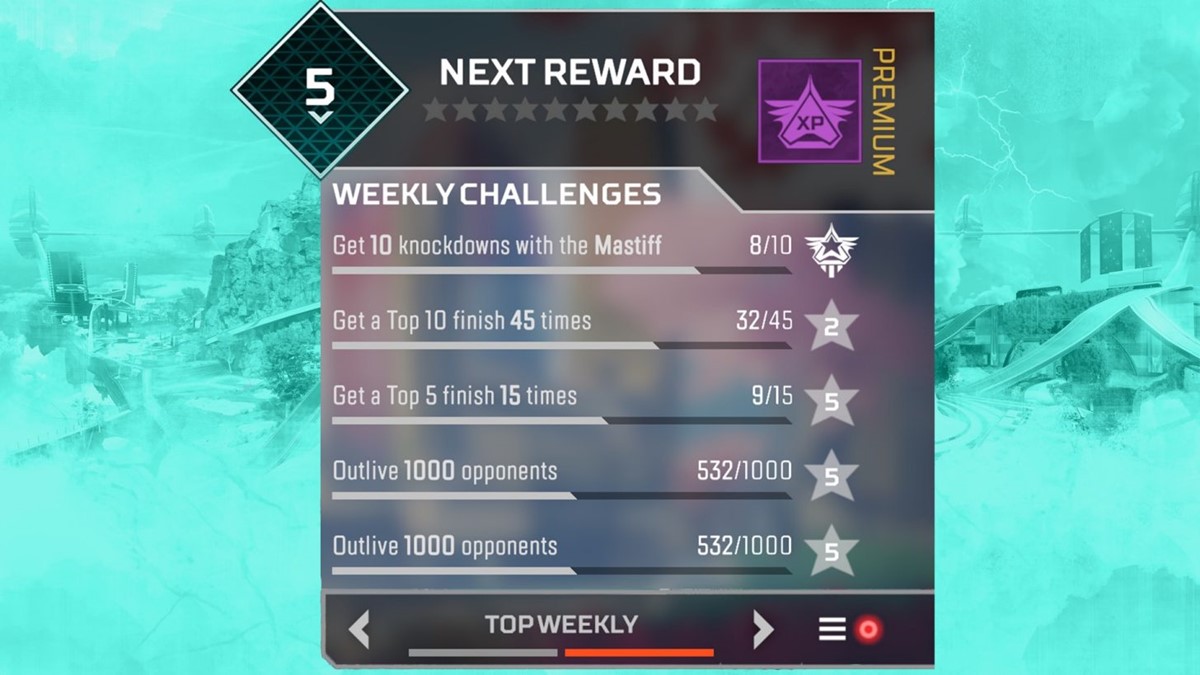 For as long as Apex Legends has been around, leveling up the Battle Pass has stayed the same. Gather Battle Pass levels from meeting weekly challenge quotas or gather up challenge points, or CP, and experience, or XP, to level up your Battle Pass in a more manual way, ranging for 9,000 to 54,000 CP/XP for a single level each week. This system is no longer in place. For the first time since launch, the Battle Pass leveling system has been completely reworked for Season 7: Ascension with the brand-new star system.

How to earn stars

How to gain Battle Pass levels

How does XP fit into this?

As far as XP, now every time a player hit 5,000 XP (formerly 10,000 XP, see changes here), you gain one star. This is a constant rate and will not build over the course of a week. The Battle Pass’ XP boosts also now only make you gain stars faster, not levels. The boost will not apply to player level anymore.

Overall, the system is much simpler, and whether it will be easier or harder to fill the battle pass really depends on each player’s styles of play. Grinding XP for battle pass levels will now be much more difficult, but getting battle pass levels from completing daily and weekly challenges is now much easier. It’s clear that these changes encourage a greater focus on the challenges than the previous system did.

EDIT: The challenges this season were initially made much harder, but have since been reverted to make things easier.