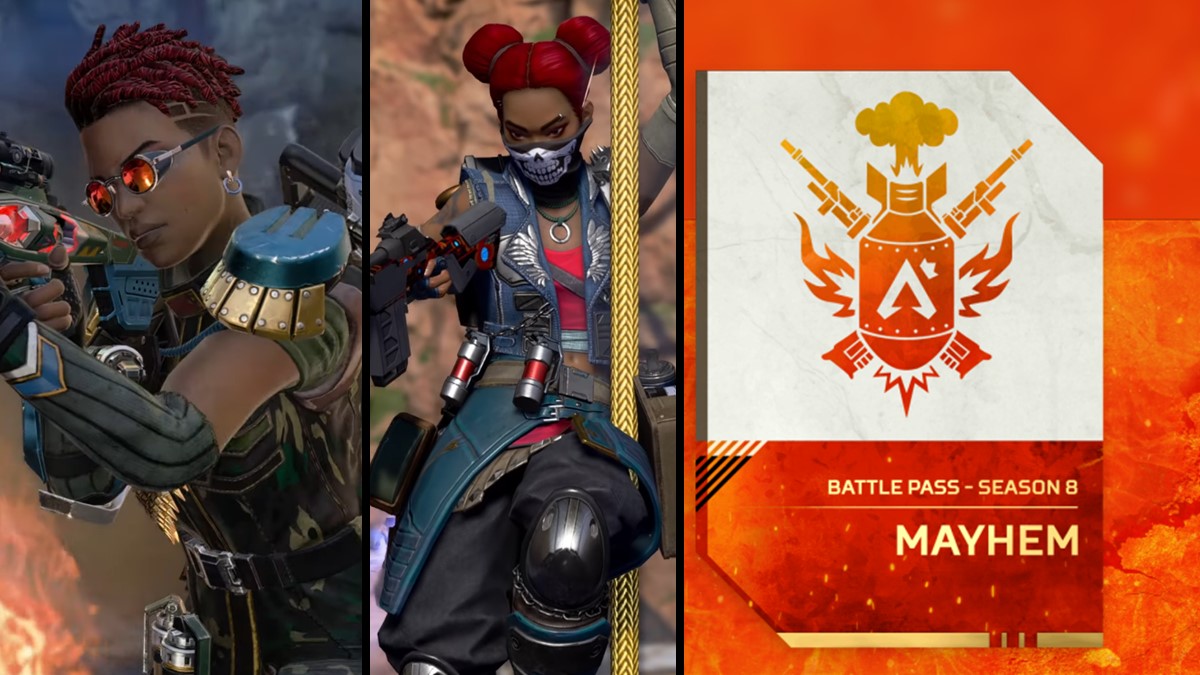 Apex Legends Season 8: Mayhem is bringing the boom: in terms of gameplay, characters and even cosmetics. From brand-new badass legendary skins, to a plethora of other punchy cosmetics, like this season’s Holo-Sprays, it’s clear Season 8 is not messing around.

The premium Battle Pass, as always, has 1000 premium currency and 1200 crafting metals, and still gives you a bundle of cool rare Legend skins and a legendary weapon skin just for buying in. Not every item on the premium Battle Pass is the next greatest item in the game, but here is best of what Season 8 has to offer players who put their money where their mouse is.

The premium Battle Pass, as always, will double your Apex Pack haul. This will give you 14 packs in total: 12 standard rare packs one epic (level 98) and one legendary (level 5).

Here is a look at all five premium skins this season’s battle pass. Our favorite is by far is the Legendary skin Radical Action Bangalore. She looks incredible and finally has an awesome hairstyle. That said, quite a few of these skins are worth snagging.

Holo-Sprays were introduced in Season 6, and it seems like they get better and more detailed with every season. We also have double the amount of Holo-Sprays we did last season, two for each Legend featured. Here are all of the Holo-Sprays on the battle pass for Season 8.

I’m Ready, Are You? (Gibraltar)

Time to Break Some Hearts (Loba)

While the weapon charms this season weren’t much to write home about, the weapon skins this season are definitely worth looking at. From the Legendary skins, all the way down to some of the Rare skins.

For those cosmetics that don’t fit into a major category, but are still worthy of showcasing, here is a roundup of the other premium items that may catch your eye, or your ear. Seriously, Fuse’s drop theme sounds like an 80’s power anthem and we can’t stop listening.

This season’s pass is definitely a lot grittier than the last. Much less polish, and a lot more action. Is there a certain cosmetic you are dying to take home? Are you buying into Season 8: Mayhem?