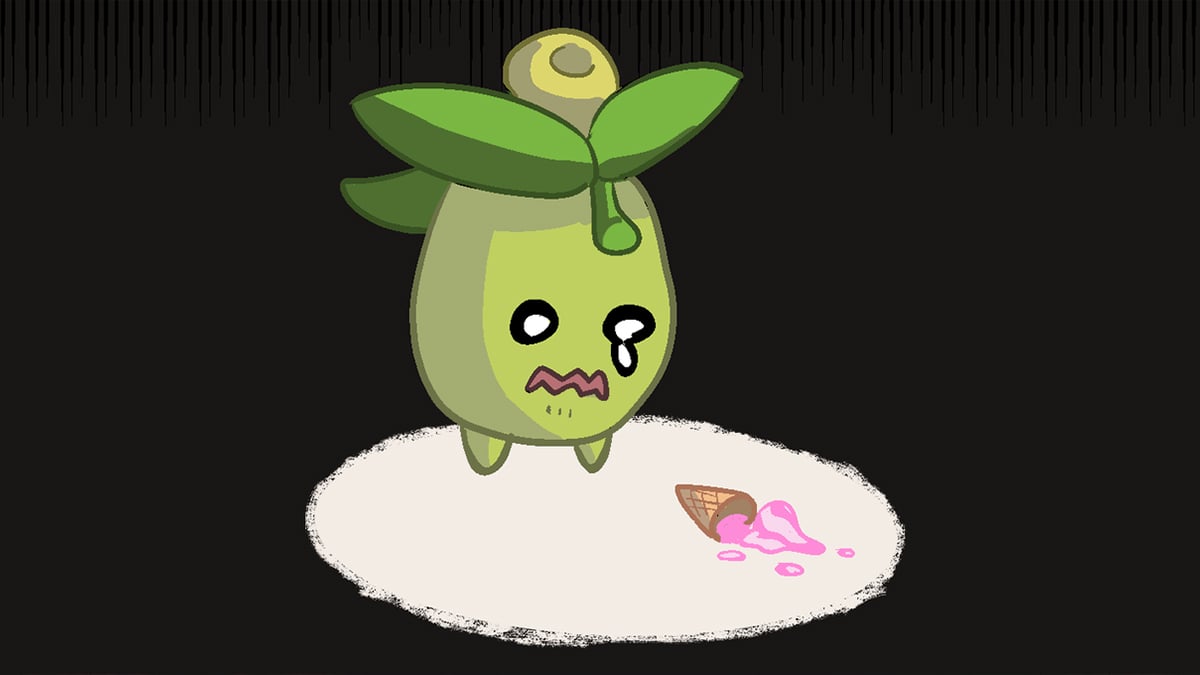 Pokémon Scarlet and Violet got a second trailer, revealing a handful of new ‘mons that are making the internet go wild. The star of the show is Lechonk, a hog Pokémon that’s inspiring all sorts of fanart. The adorable Smoliv was also revealed alongside the pig, and it’s getting a lot of love too.

As detailed on the Scarlet and Violet website, Smoliv is a Grass/Normal type modeled after an olive. Its anxious nature and tiny stature are inspiring a lot of art, like the piece by @adanteallegro at the top of this article. Her rendering shows the little olive losing its ice cream cone, but not every piece of fanart is as sad. Here are some of the best ones we’ve seen.

@coco__glez did play off of Smoliv’s frightful nature, drawing the little olive with a few tears. Humorously, its tears are labeled as “aove,” the Spanish shorthand for extra virgin olive oil.

@Doodle_ba focused on the small size of Smoliv for his rendering, illustrating its tiny shape against a yellow-green backdrop. Don’t worry, the fanart gets cheerier from here on out.

For example, @GayBoyColor paired Smoliv up with a few olive friends for his drawing. It’s a cute, funny take on the concept of an olive branch.

@lilgreenfox had a similar idea, pairing up Smoliv with Budew due to their similar bean-like size and shape. They definitely do make for some cute little ‘buds.’

Finally, we have another work of art that’s not a drawing but a fully crafted Smoliv crochet. Creator @Artpricott even gave the little olive cute rosy cheeks.

There’s plenty of time for more fanart before Scarlet and Violet arrive. The new Pokémon games release exclusively on Nintendo Switch on November 18. Expect to see more cute creations over the coming months.