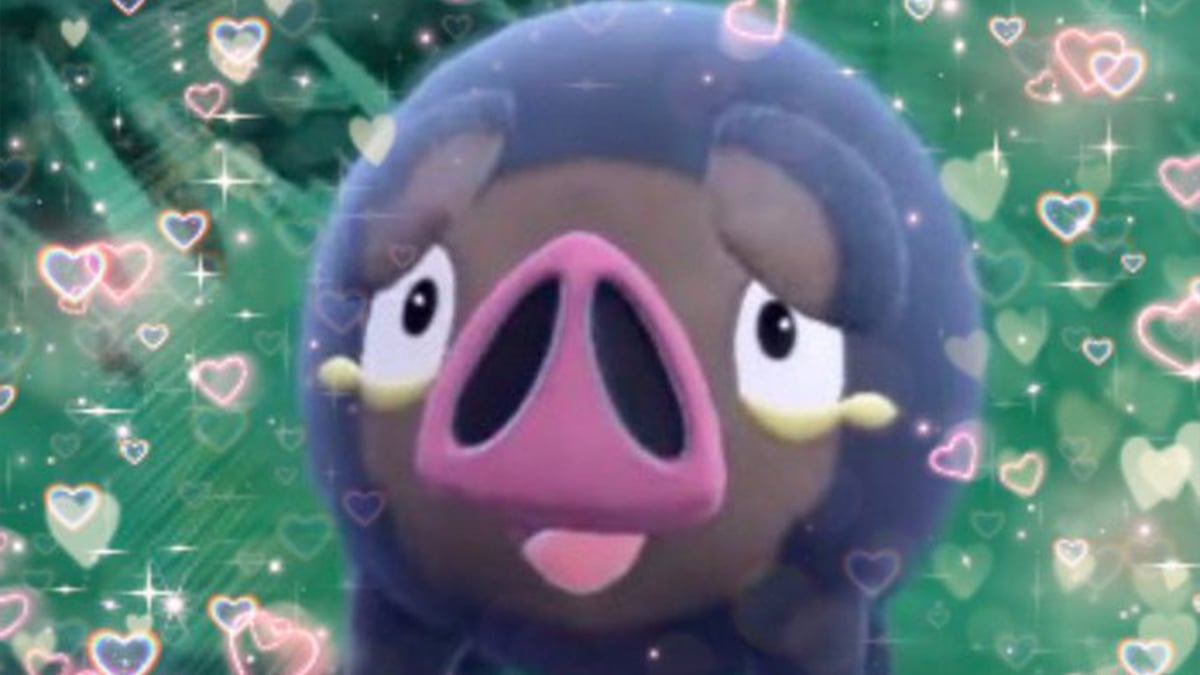 Now that Pokémon Scarlet and Violet’s second trailer has dropped, the internet has been set ablaze by two strapping professors and new legendary Pokémon. However, one new ‘mon has immediately achieved meme status: Lechonk.

Lechonk is a hog Pokémon, and its adorably round design is inspiring all sorts of artists. The image at the top of this article, created by @le_castorr, conveys the tone of it all. People are enamored by the little pig. Here are some of the best pieces of fanart they’ve created in response.

First up is a lovely watercolor by @amberbladejones. Lechonk looks a tad grumpier here, but we’ll allow it — it’s still darn cute. The orange-and-purple sky and flowers are a nice touch too, comparing nicely to the art direction of Scarlet and Violet.

@Siplick did a wonderful rending of Lechonk in a wheat field, lounging “after his siesta.” Given the Spanish flavor of the game so far, a siesta is thematically perfect for the lovable little hog.

Along the same lines, @vizodi added a bit of Spanish text to her drawing. “La vida es dolor,” meaning “life is pain,” is quite funny when juxtaposed with the cute little Pokémon. Perhaps that pain could indeed drive it to be president one day.

@cottonwings also riffs on Lechonk’s design, pointing out the socket-like shape of its snout. Perhaps this is why it needed a siesta earlier. That battery is only around 30% charged!

@lollitree_art swapped Lechonk with a similarly round kind of pig — the ones found in The Legend of Zelda: The Wind Waker. If we get a new chicken Pokémon in Scarlet and Violent, we’ll be expecting another drawing featuring Link and a would-be cuckoo.

Finally, we have a flag-holding take on Lechonk from @kaibette, just in time for Pride Month. Lechonk was revealed on June 1, after all.

It’s June, which means we have a few months to go before Scarlet and Violet’s release date. It’ll be launching exclusively on Nintendo Switch on November 18.