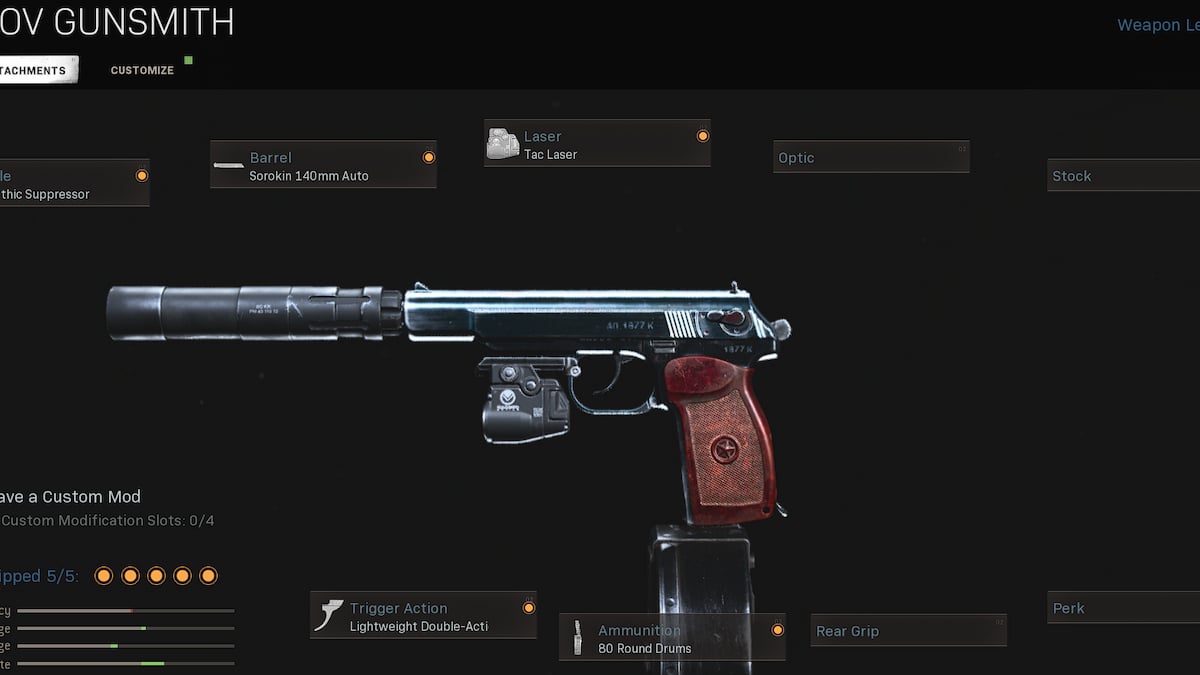 When you first see it, you may not be too impressed with the Sykov. It’s a small pistol, doesn’t do a whole lot of damage, and its magazine only holds 7 shots. In all, there’s not much there. But with the right attachments, this tiny, unassuming gun becomes one of the best weapons in Modern Warfare. Here’s how you can transform this small piece into an extremely overpowered firearm.

Get the Sykov to level 40

Admittedly, leveling up the Sykov is extremely annoying. At first, it doesn’t do nearly enough damage to be used in regular game modes. We recommend jumping straight into hardcore, where you’ll likely find other players using this pistol, and for good reasons. In hardcore, the Sykov is a two, or even one-shot kill when you hit an enemy’s chest. Be sure to use any XP tokens you have as well; they’ll greatly increase the amount of XP you get for the Sykov, leveling up the gun even faster. Naturally, as you level the gun up, throw on whatever attachments make it feel better for you. Try to prioritize attachments that speed up your ADS and reduce recoil, though, as they’ll make it much easier to kill enemies quickly.

Once you hit level 40 with the Sykov, you unlock a barrel for the gun that radically changes it. Named the Sorokin 140mm Auto Barrel, this attachment turns the Sykov into a machine pistol, and with the right attachments, it becomes a high-powered bullet-spitting laser of a weapon. Here are the attachments you should be using.

The fifth attachment for the Sykov is totally up to you. Some players prefer using the gun with the akimbo perk, which requires that players get three kills in five matches with the Sykov while using the Mo’ Money perk. However, if accuracy is more your style, you can always use a different perk or attach sights to the pistol. Either way, you now have one of the best weapons in Modern Warfare. Enjoy racking up 30 kills per match.