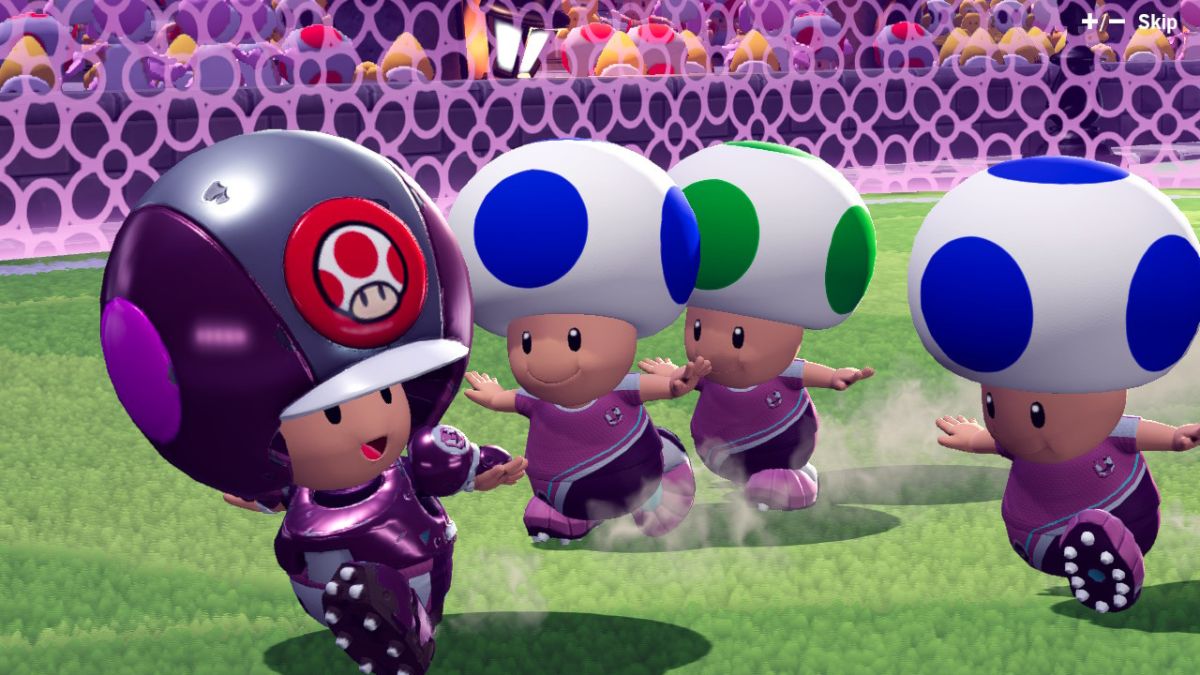 Toad may be the smallest of the characters in Mario Strikers: Battle League, but he is also one of the fastest. Just like the leader of Mushroom Kingdom, Peach, Toad is quick on his feet and a real team player. Of course, just because he is fast doesn’t mean that you have to build him that way. Toad can also be a menace on the field, taking out opponents left and right. You just need to give him the right gear to buff his attributes.

While most of the characters start off with a well-rounded build that evens out their stats, it is best if you ignore that with Toad. This build focuses on Toad’s main attributes, speed, and passing, to make him fly down the field. You will need the following gear for this build:

After combining this gear together, you will see Toad’s speed stat increase to over 20 with his passing attribute not being far behind. Of course, this build also puts all of Toad’s other attributes in jeopardy.

While this build does even Toad’s attributes out a good amount, it isn’t close to the well-rounded capabilities of other character builds. This build focuses on increasing Toad’s other stats while focusing on his passing attribute to give him an edge over the opponents. You will need the following gear for this build:

There is nothing more exciting than seeing Toad, a small character, being able to beat down a massive character like Bowser. Increasing Toad’s strength might just be the way to go if you want a fast character who can hit extremely hard. You will need the following gear for this build:

That’s right. You will only need to purchase the pieces of the Muscle Gear set to create this build. Doing so will raise Toad’s strength attribute to a whopping 17 while also keeping his speed and passing stats pretty high.