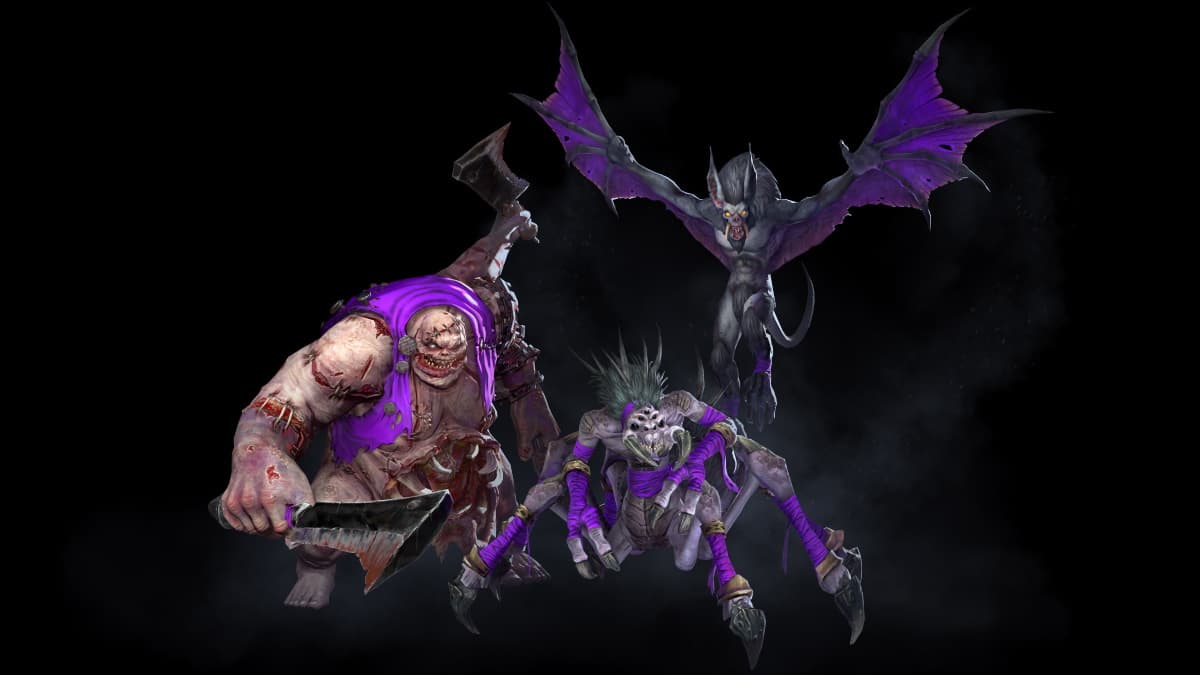 If you feel the ground around has turned a sour color and food no longer has any taste for you, you might be undead. In Warcraft 3: Reforged, the undead faction is a fearsome foe to fight, and it takes a little creativity to use them in combat. Although, some of the best units available to them are standout combatants eager to take down any living foe. Here are some of the best Undead units listed in alphabetical order.

When you need a large unit in the front, the Abominations will serve as your frontline units to soak up the damage and dish it out against the enemy. You want to couple them with Necromancers who can use the Unholy Frenzy ability to make them even more potent in a fight. They take forever to build, though. You want to provide Abominations a decent amount of support because while they dish out damage, you want to swarm your opponents with other, smaller units who can overwhelm their forces.

When you need more melee forces to jump to the side of your Abominations, the Crypt Fiends are a great choice. They can toss out the ability Web on your opponent, which prevents enemies from moving. It works on both air and ground units, making it great to prevent teams from escaping so you can finish them off. However, while the ability works on air opponents, they cannot attack the air, so you still need a unit that can attack flying enemies to support them.

You want to move your Crypt Fiends across the map to prevent weaker ground units from escaping and wreaking havoc on them. When they get hurt, and you need to pull them out of combat, use the Burrow ability to have them regain their health and become invisible. They become the perfect little traps if you can correctly place them.

When you want to make some noise and let your presence be known to the enemy, you bring out your Frost Wyrms. These fearsome foes provide a powerful area of effect attack against your opponents, slowing them down and letting your ground enemies do some damage against them. However, the unit has several negatives, such as how slow they are to move around the map and how long it can take to build them.

While powerful, you want to surprise the enemy with them so they don’t have time to counter. For example, you can vary a Frost Wyrm by building up enough quick air units because a Frost Wyrm cannot use its area of effect attack against other flying units.

Your support Necromancers will cause terror on the battlefield while they summon weak skeleton units from the ground. These units are what you want to keep in the back and protected by more robust units, and if you do this, you can have your Necromancer enforce your teams by using their Unholy Frenzy ability. It increases a unit’s attack by 75%, and if you want to stop an opponent from escaping, you can have them cast Cripple to reduce their movement, attack speed, and damage.

If you don’t keep your Necromancers in the back, they will have a wrong time. Therefore, keeping your troop formation in mind while using them is essential.

When you need to keep your allies above ground rather than having them return to it, the Obsidian Statue is your central unit. Much like the Necromancer, you want to keep it in the back while it casts the Essence of Blight to heal your more robust divisions in the front. It also can cast Spirit Touch, which restores mana to your magical units, consistently casting spells during a fight. They’re an excellent support unit to have in any Undead army.

When you’re ready, you can cast Morph into Destroyer to have them devour the mana of their opponents on the battlefield. They work to take out any casters on the enemy side, so you certainly want to make sure they’re ready to go if you’re fighting an army of mages.