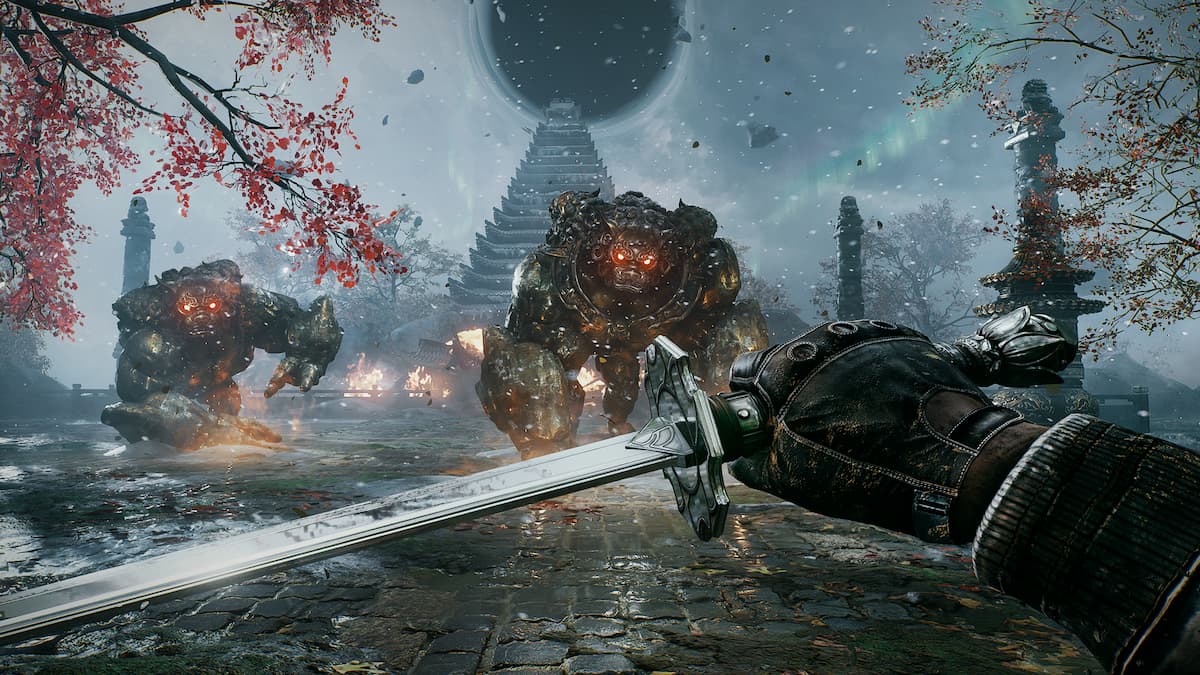 Bright Memory: Infinite is not a very long game, but there is still a lot for you to use as you fight your way through enemies in this linear adventure. Between guns, melee, and skills, there are definitely some options that outweigh the others in their usefulness. Here are our favorite weapons and abilities in Bright Memory: Infinite.

In total, there are four guns that you will be swapping between after you find each one in the game. One that we love is the Shotgun because of its heavy firepower in close situations. It also has some surprising range for a shotgun in a game like this, but its usefulness is still best used in close proximity to your enemies. Its special ammo is fire bullets that quickly take down enemy health.

If we had to choose just one gun to get us through this game, it would be the Sniper Rifle. It has the best damage in the game and has good ADS speed and fire rate. Reloading is the one problem here, but we love this gun’s usefulness and think it is easily the strongest. Its special ammo is a timed sticky bomb that detonates after a few seconds.

While the Shotgun is a very handy weapon for close enemies, the Sword is probably your most important tool in these situations. It carves up enemies, and using the Aerial Slash ability is your best way to take down shielded enemies quickly. Plus, it is your best form of defense. Holding up your Sword to counter will deflect bullets and minimize physical damage, giving you a chance to regain health.

Rocket Punch is probably the strongest attack in the game, if we had to guess. The only problem is that it takes a while to charge up fully. When you get enough time to get your arm glowing red, unleash a blast of fiery death onto anyone in its path.

While not as powerful as the Rocket Punch, the Quake Punch is a much easier ability to make use of and deals quite a bit of damage in its own right. All you do is leap up in the air and send a force blast into the ground that splits three ways in front of you. This was probably our favorite ability to make use of during our time with the game.