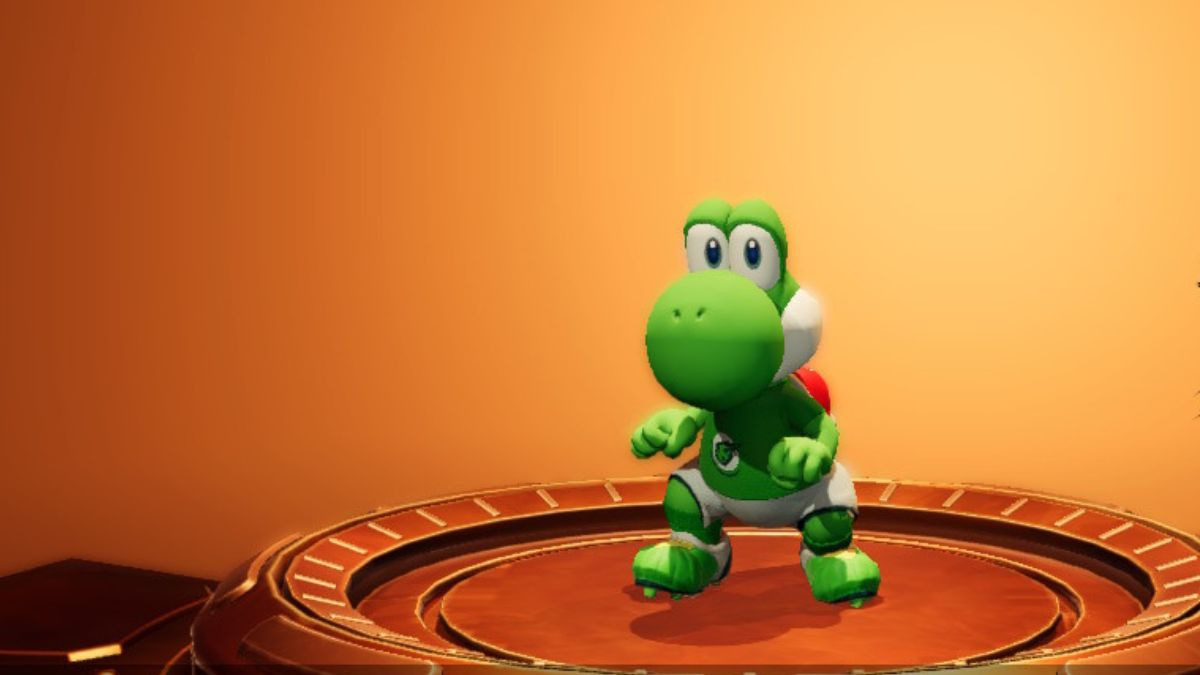 Each character in Mario Strikers: Battle League has their best and worst attributes. Maybe you want to focus heavily on their main attributes and ignore everything else, or maybe you want to balance them out so they can be good at everything. For Yoshi, his best attributes are shooting and passing. He is an all-around team player who is ready to hand the ball off to a teammate or score if necessary. Here’s how you can build his gear to fit your team.

If you want Yoshi to be more of a well-rounded player, you will want to drop his passing and shooting and focus on his other stats. Yoshi’s technique, strength, and speed attributes are all pretty low, so for this build, we will be focusing on raising those numbers to make them a little acceptable. This build requires the following gear:

Combining all of these items together will even out Yoshi’s skills and make them all within a point or two of 12. While this build might not get you an insane number of awards, it will give Yoshi more to work with than just shooting and passing.

While there are those who might want to focus on Yoshi’s shooting or passing skills, this build takes a turn away from those to focus on Yoshi’s defensive capabilities. Why have a character who can pass a ball if they can’t take a hit? This build uses the following gear:

The gear requirement for this build only comes from two sets but they increase Yoshi’s speed and strength so that you can maneuver around the field and take a few hits and still be able to get back up. This build also only sacrifices a little of Yoshi’s incredibly high passing and shooting skills.

Of course, we have to show off a build that increases Yoshi’s shooting capabilities. After all, it is his best stat. With this build, you can get Yoshi’s shooting skill up over 20 while also increasing his technique so that he can more easily perform Hyper Strikes. This build uses the following gear:

With mixed pieces of both the Trick and Cannon gear sets, Yoshi will be shooting for the stars but also have a solid form. Best of all, this build doesn’t jeopardize Yoshi’s passing attribute, so he can still be a team player at the end of the day.