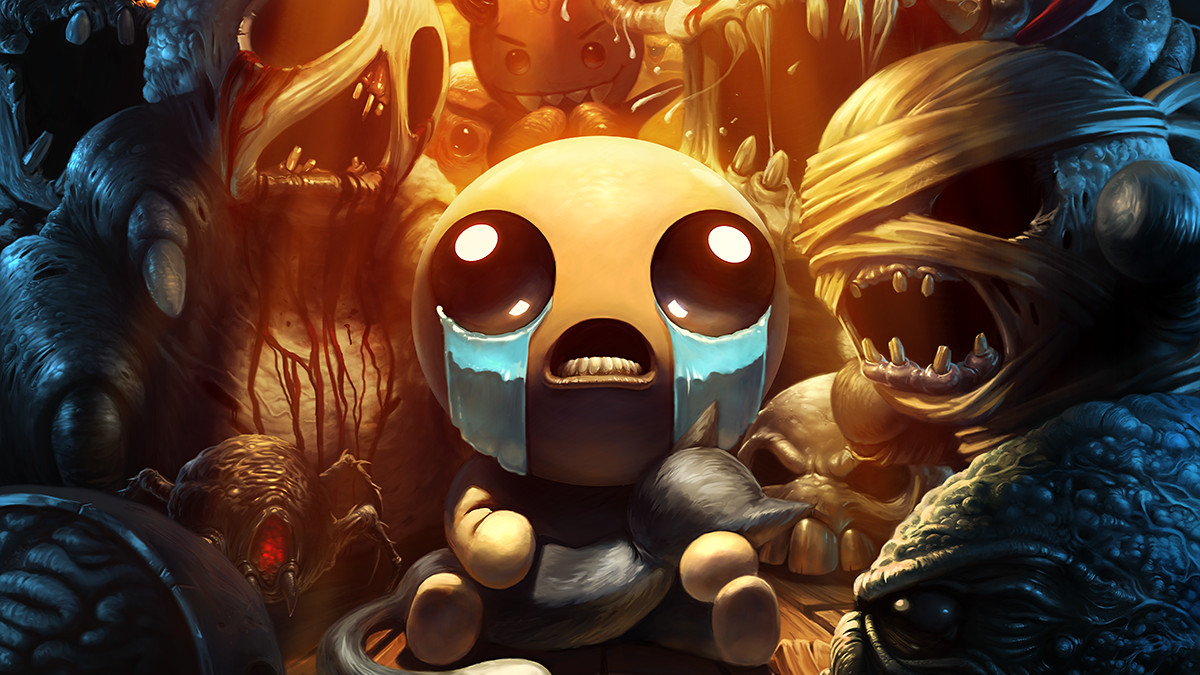 The best characters in The Binding of Isaac Repentance

Added in Repentance, Bethany is unlocked after defeating Mom on hard mode as Lazarus without dying. Bethany is an interesting character because she cannot pick up Soul or Black Hearts. When she picks those up, they are used to charge her active item: Book of Virtues. The Book of Virtues spawns destroyable wisps that orbit around her and fire tears. What makes this item interesting is that if another active item is picked up, the Book of Virtues will spawn wisps that have special effects. For example, if you pick up the Book of Belial and use it, you summon red wisps that deal double damage. Bethany also has a better chance of getting Angel Rooms which contains some pretty good items like Godhead and Sacred Heart. Though she has the same exact stats as Isaac, Bethany is a solid character due to her starting with the Book of Virtues.

The game’s titular character and the first one you start off with: Isaac. He’s a balanced character that gets better once you unlock the D6 — an active item that lets you reroll every pedestal item in the current room. That means you can reroll a boss item, a treasure room item, or all the items in the Deal with the Devil room. This an incredibly powerful item to start off with and could turn a mediocre run into an unforgettable one if luck is on your side. The reason Isaac isn’t placed higher on our list is that he’s a balanced character that’s pushed over the edge with an activated item that unlocks after beating Isaac as ???.

The Forgotten is unlocked after defeating the Lamb and then completing a series of steps. Although unlocking him is convoluted, it’s definitely worth it. He’s two characters in one: one is a skeleton (the Forgotten) that deals high melee damage while the other is the Soul, a flying character that shoots tears. When controlling the Soul, the Forgotten cannot take damage and essentially becomes a shield for the specter. You can also take free deals with the Devil by using the Soul and before taking any damage, you quickly switch back to The Forgotten. The downside to this character is that if either the Soul or the Forgotten dies, your run ends. However, if you manage to make use of the high damage and do the deals with the Devil trick, you should have no problem making it to the end of the run with this character.

Tainted Cain is an interesting character that some in the community considered to be broken. The reason for that is because of starting item: the Bag of Crafting. The Bag of Crafting can store up to eight pickups, and then they can be used to create an item pedestal. As Tainted Cain, you get a preview of what you’ll create, and then you can remove any pickups you want from the bag and pick up something else. The Bag of Crafting has no charge, meaning you can use it as much as you like. With the Bag of Crafting, the possibilities are endless. Tainted Cain is particularly useful in Greed Mode, where you’ll be picking up a ton of coins and other pickups during your run. It’s possible for him to create multiple Steam Sales, so you can essentially get items during your Greed Mode run for free if you craft carefully. Tainted Cain is a fun character that allows you to craft whatever you like and thanks to that, you can easily win a run with him.

Azazel is hands-down the best character in the entire game. You unlock him by making three deals with the Devil in a single run. There are two aspects of Azazel that make him a must-play character. Firstly, he can fly which makes him perfect for dodging spikes and getting items that are trapped behind rocks or pits. Secondly, he has a mini-brimstone. When fully charged, you fire a short-ranged version of Brimstone that deals a lot of damage. The downside is that you’re not able to upgrade the range for Azazel’s Brimstone, meaning you’re going to have to get up close to enemies if you want to hit them. Azazel starts off with three Black Hearts, unlike other characters like ??? and Tainted Judas, he can still receive Red Hearts through health upgrades. Overall, Azazel is a powerful character that players can easily clear runs with no matter their skill level.