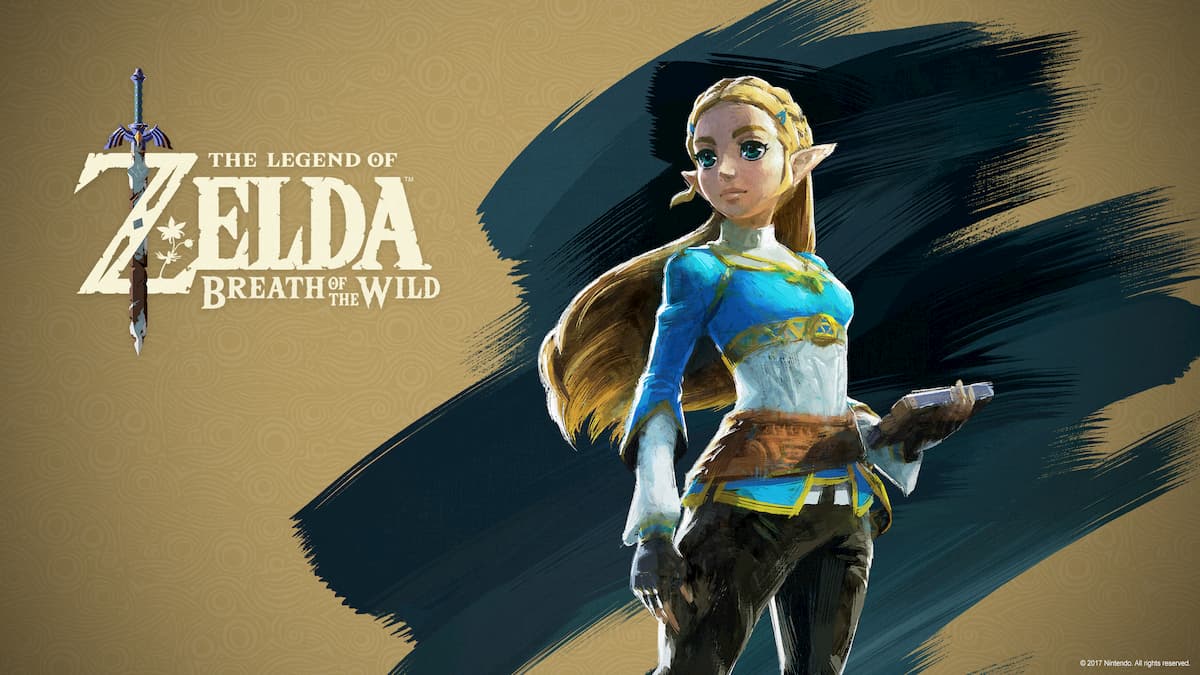 Depending on your criteria, there are 17 standalone mainline entries in The Legend of Zelda series. The franchise spans decades—nearly the entire history of video games. Playing any given one feels like more than just playing a sequel; it is like returning to an old favorite tale to find new discoveries: characters, themes, and adventures. For a certain kind of player, any new Zelda game can inspire waves of nostalgia, even while Nintendo does something new and radical with the formula. Each title in the series is an epic in its own right.

Nevertheless, they don’t all hit the same for everyone. Maybe you’ve played them all and want to see if our rankings match your own, or perhaps you’re newer to the series and need some help deciding which title might capture the magic for you first. Either way, we’ve got you covered with our list of all 17 mainline The Legend of Zelda titles from best to worst.

1) The Legend of Zelda: Ocarina of Time

Ocarina of Time took the series from 2D to 3D and showed players that the fully fleshed out world living inside their imaginations could exist on the screen as well. Sure, that might sound like we’re looking at the game through rose-colored glasses, tinted by the memory of what it was like to see such a huge leap forward in video game technology. Nevertheless, Ocarina of Time still holds up today. It was a major blockbuster for Nintendo with all the series’ high fantasy hallmarks, yet still managed to feel intimate with its own quirky sensibility. On top of all that, the time mechanic—changing young Link to adult Link—was a surprising and innovative mechanic. The series really grew up with this masterpiece from 1998.

2) The Legend of Zelda: Majora’s Mask

If Ocarina of Time is the pinnacle of Zelda, then Majora’s Mask is a dark horse. The series often takes strange and quirky turns, but none more so than Majora’s Mask. It moves away from the high fantasy stuff in favor of something darker and dreamier, and it all adds up to a delightfully creepy experiment that really takes a risk. Many games have tried to pull off a Groundhog Day type mechanic, but this one does it in spades.

3) The Legend of Zelda: Breath of the Wild

Sure, there’s the potential that recency bias plays at least a small part in Breath of the Wild being up here this high, but it can’t be denied that this was a masterpiece—and a huge reason why so many people (we included) went out and took a gamble on the Nintendo Switch. It feels both innovative and classic in a magical way, drawing on timeless Zelda tropes while introducing new mechanics that make the game feel fresh. What’s most incredible is how long that feeling lasts. It’s a huge game, but one we never got bored with.

4) The Legend of Zelda: A Link to the Past

A Link to the Past was the third of many 2D Zelda games, but it remains the best of the lot. You want perfect dungeons? Here they are. Fantastic visuals that still look beautiful? You got it. Real risk and innovation with the Dark World mechanic? Look no further. A Link to the Past nails it in every way, and while we didn’t put it at the top of our list, it is maybe the most perfect Zelda game there has ever been.

5) The Legend of Zelda

Is it sacrilege to put the original game in fifth place? Some might say so, but we’re trying not to let nostalgia cloud everything over here. Nevertheless, The Legend of Zelda was the first and will always be special for that. Even today, it still can give players the thrill of exploration that has become a staple of the franchise.

6) The Legend of Zelda: The Wind Waker

It might have caused a tizzy when it first came out due to its more cartoonish art style, but you know what? That makes it one of the most distinctive and delightful entries in the whole series. The cell-shaded art direction let this GameCube title age like fine wine, and it’s one of Link’s greatest adventures to date. The open seas are magnificent and inspire a real feeling of vastness and adventure. Part of that is because the vast stretches of open water were meant to hide loading screens, but this is still a modern classic you won’t want to miss.

7) The Legend of Zelda: Link’s Awakening

While this originally came out in 1993, we’d highly recommend you skip forward in time and get 2019’s remake of this little gem. It’s smaller than most Zelda games, but it’s perfect in its brevity and full of surprises. If you were baffled by the weirdness on display in Majora’s Mask, just look back at this title—they’ve always been rather surreal games.

8) The Legend of Zelda: Twilight Princess

Do yourself a favor: play this game, but don’t do it on the Nintendo Wii or not with the Wiimote. It was meant to be a flagship title for 2006’s Nintendo Wii, but let’s be honest—the gimmicky controller didn’t really pay off as well as anyone hoped. Nevertheless, the game is another masterwork in the Zelda series (especially for the twilight of the GameCube). It takes some risks with a slightly more mature approach to storytelling, and it pays off with one of Link’s grandest, deepest adventures.

9) The Legend of Zelda: A Link Between Worlds

A direct sequel to A Link to the Past, by all means, should not have worked—it’s hard to see why it’s necessary—and while it’s not necessary, it is a blast. It feels more like a re-imagining of its predecessor but with some wonderful quality of life improvements. If you’re looking for a more recent handheld entry you might have missed, you can’t go wrong here.

10) The Legend of Zelda: Phantom Hourglass

The world of The Wind Waker was delightful; we don’t mind that the Zelda series returned there a few times more than was probably needed. Phantom Hourglasses takes place in the same world and brings the same art style to the Nintendo DS. Unlike many other DS games, this one actually uses the dual-screen gimmick pretty well, and it’s a fun adventure for fans of the cell-shaded style.

11) The Legend of Zelda:Oracle of Ages/Seasons

While these are technically two different titles, with two different game-play focuses (puzzles in Ages and action in Seasons), they complement each other nicely and were released in tandem. They are interesting games on their own but do also go to show that Zelda works best when it combines its strengths.

12) The Legend of Zelda: The Minish Cap

Link has had many a magical item/gimmick that is central to his tale. There have been ocarinas, masks, harps, and more. There’s nothing about his talking hat, the Minish Cap, that really stands out from the pack, but this is still a solid Zelda game, and brought the franchise onto the Game Boy Advance with some beautiful art direction.

13) The Legend of Zelda: Spirit Tracks

While this game also attempts to adopt the art style from The Wind Waker, it loses a bit of the Zelda magic by replacing actual exploration with the titular Spirit Tracks. The use of the dual-screen features were neat but altogether amounts to little more than retreading the same tricks.

Four Swords Adventure is a good idea in concept—and when it works, it is a joy to play with friends—but was unfortunately marred by the fact that it’s not easy to link up four Game Boy Advances to a GameCube. The clunkiness of getting started really gets in the way with this one, but if you’ve got the setup down, it is a fun game and a big improvement over its GBA counterpart.

15) Zelda II: The Adventure of Link

The Adventure of Link deserves at least some credit for daring to be different. It was direct follow up to the smash success of the original The Legend of Zelda, but it eschewed the top-down game-play and turned Link’s adventure into a side-scroller. Many were not too pleased, and the series returned to the top-down 2D approach until the Nintendo 64. To this day, there has never been another side-scrolling Zelda game. It was sometimes interesting but had a disappointing over world. None of this was helped by its steep level of difficulty.

This puzzle-heavy entry in the series is a bit of an odd duck. It’s much lighter in every regard than its peers, and while it can be charming at times, it doesn’t really stand with the rest of the series.

17) The Legend of Zelda: Skyward Sword

Does Skyward Sword deserve to be at the bottom of this list? We’re sure that it’s a favorite for some. It does have an interesting story with a unique aerial world and some of the Zelda series’ finest dungeons, but the fact that you must use the Wiimote is a real drag. If you can put up with the motion controls (or dare we say: enjoy motion controls), it’s still an exceptionally thoughtful game, and one worth checking out. Nevertheless, we’re glad Nintendo has moved away from some of their more overtly gimmicky ideas. If Nintendo ever decides to port this over to the Nintendo Switch, we’ll have to re-evaluate its standing.

Regardless, it is a Zelda game. All these are Zelda games and Zelda is excellent. You can’t go wrong with any of them.