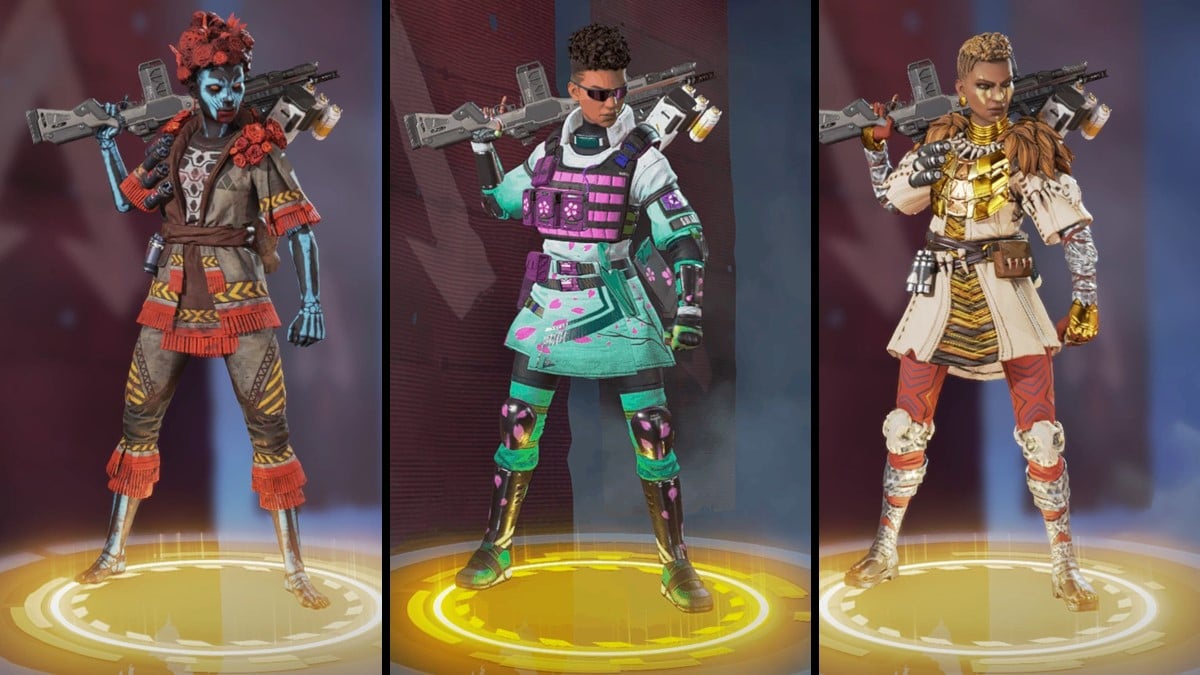 Bangalore’s skins throughout the whole release of Apex Legends have been pretty hit or miss. But just because a skin is infamous for having an “I want to speak to the manager” haircut doesn’t mean it isn’t hard to get your hands on. Also, Bangalore has had her share of amazing skins too, and some of them are listed here, but this is all about rarity. Here are the rarest Bangalore skins in Apex Legends.

When it comes to event skins for Bangalore, the rarest ones have everything to do with time or integration. While Outland Warrior and Nerves of Steel are rare because they are from older events, Soldado de la Muerte is rare due to the high price of its bundle.

While not every Battle Pass skin for Bangalore has been a fan-favorite, it doesn’t mean that the skins are as rare as other Battle Pass exclusive skins. Her best-looking one, though, is definitely Radical Action from Season 8’s Battle Pass.

Bangalore has some of the coolest store exclusives in the game. Her Cherry Bomb outfit is just the right balance of cute and badass, and Full Metal Jacket and Mint Condition look like they are straight out of an action film.